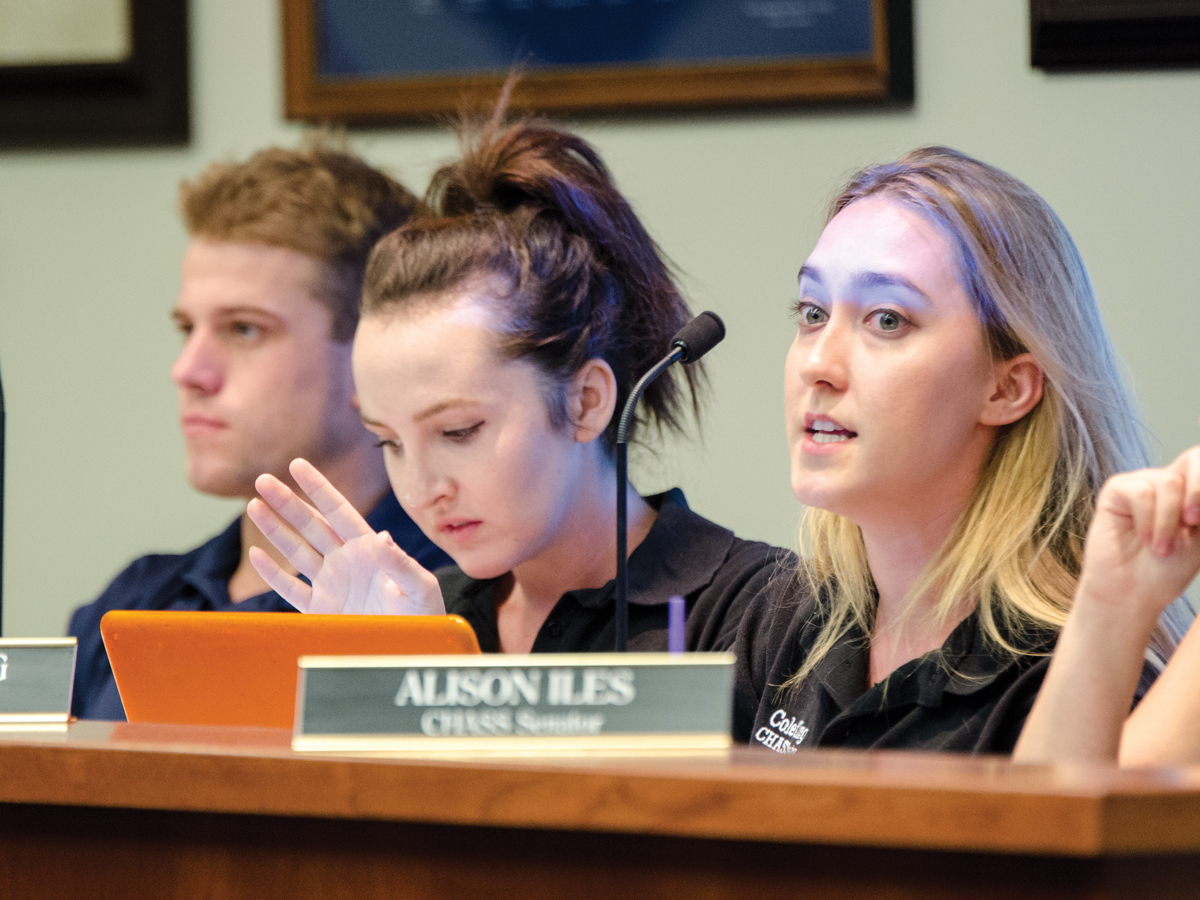 Questions on the removal of Reyes centered on accusations that she had been elected into her position unfairly and that she had failed to fulfill her duties as outlined in the ASUCR Constitution and bylaws. Specific contentions were over the length of time the judicial branch took to respond to cases filed with the branch.

People concerned over whether or not the elections code has been violated may submit a petition to the judicial branch, which says it will notify petitioners of the result within seven business days. Vice President of External Affairs Abraham Galvan and Elections Director Stephanie Rose alleged that they had failed to receive notifications from the judicial branch regarding the results of cases.

In response to a question as to whether results could be made available sooner, Reyes expressed contrition, explaining that the judicial branch decided on the seven-day period because it seemed a reasonable time frame while allowing justices to fulfill their personal obligations as students. The senate voted to remove Reyes by a 12-2-0 vote.

The next debate was over whether Ojo leaked information related to a judicial case to a potentially disqualified candidate before giving notice to Rose.

Ojo alleged that Rose was favoring a particular party when she granted the candidate a special exemption to file an appeal. “There is no extension of courtesy,” Ojo said, explaining that the elections code specifies that candidates must be notified “immediately” that they are dropped from contention. Rose countered that she did not receive notification from the judicial branch of a pending appeal.

“I did not have contact with any candidate,” Ojo affirmed, with Reyes later saying that she was the only member of the judicial branch to have contact with the candidate. Debate afterward centered on whether or not a second candidate was involved in the leaking of information to the first candidate. The senate then voted to remove Ojo by a 9-3-0 vote.

As a result of the removals, the judicial branch no longer meets quorum and will abdicate its decision-making authority regarding elections to the elections committee, which Rose heads as director. Galvan emphasized that the change is not unprecedented, as the committee already has the authority to deliver strikes and granted the judicial branch the ability to do the same. “The only difference is that now there is not a judicial council to pass things on to,” Galvan said.

Additional topics of discussion included revisions to the elections code.