Highlander
Home Sports It’s never too early to look ahead 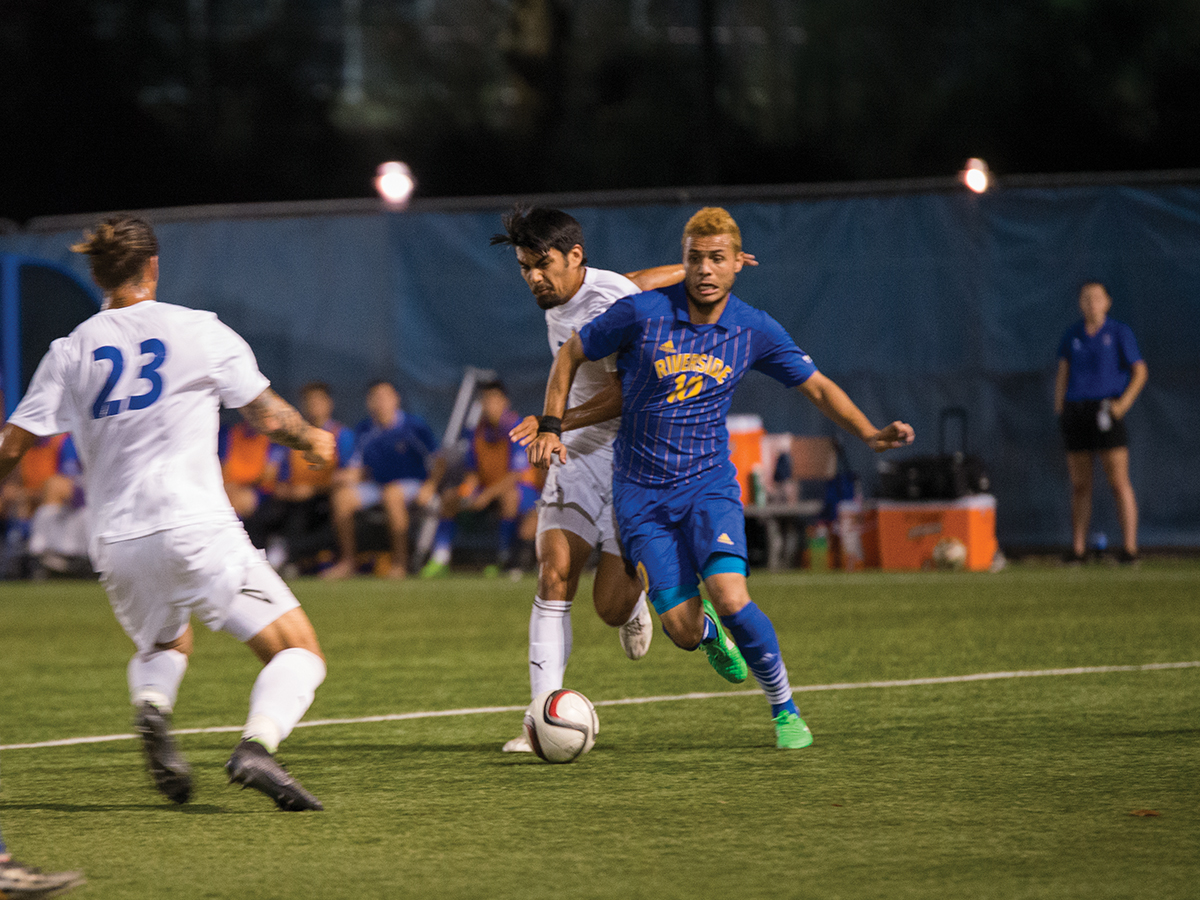 Title: It’s never too early to look ahead

The UCR 2015-16 athletic season has now come to an end. For some programs this season was defined by reaching new heights, the likes of which the school or conference has ever seen. For others, it was defined by not quite reaching the goal and fueling hunger for next year. All of the athletes in UCR’s 15 Division I programs made their mark on the record books and fought hard through injuries, tough schedules and hostile opponent environments.

Now, while the thrill of competition and sportsmanship is exhilarating, it’s not enough for these Highlander teams. Each and every one of these teams wants to win their conference and then continue on to win a national championship. However, championships are won in the offseason through recruiting and training before they are won on the field of play. With that said, we’re going to see a little sneak peak into how the coaches of some of UCR’s fall sports are feeling about incoming recruits and the upcoming season.

The 2015 women’s soccer team finished the season 11-9 overall and 5-3 in the Big West Conference, a result which Head Coach Nat Gonzalez deemed a “disappointment.” “(We) gave away the game against Irvine, and cost ourselves three points and a conference championship,” says Gonzalez. Despite those sentiments, Gonzalez feels this next season can have success that is reminiscent of the 2013 season when the Highlanders made it to the Big West Conference Tournament final.

The Highlanders lost nine players to graduation, four of whom were starters. However, Gonzalez has 10 incoming recruits to offset the loss and he believes it is a strong incoming class. Of those 10, four are transfer student athletes of sophomore or junior standing. While Gonzalez believes all of the incoming recruits are talented he also believes it will be more difficult for some of the freshmen to make an immediate impact because “the program has grown and developed a lot over the last few years.” Despite that mentality Gonzalez, has no recruit predetermined as a red-shirt asserting “you won’t develope (being redshirted).” Gonzalez prefers to have open competition for travel spots on the roster so that every player knows that they can improve toward gaining a spot or maintaining one.

Next year Gonzalez expects to see nothing shy of a top-four conference finish for his team, and the team’s ultimate goal is getting into the NCAA tournament. This is certainly well within the grasp of this Highlander team, and Gonzalez believes the increase in schedule strength he added in 2014 will help build a championship resume for this team next season.

Head Coach Tim Cupello was perfectly candid in describing the 2015 season as a “slight step backwards.” The 2014 season ended with the Highlanders being Big West south division champions and Cupello and the team fully believed this team was poised to repeat. Rather, Cupello believes that the entire team “took their foot off the gas,” but he also believes the team has used their shortcoming as motivation moving into the fall.

Cupello was also very candid in his excitement to rectify last year’s shortcomings by citing the experience his team has gained, and the new players coming in to bolster the program. The Highlanders have nine new recruits coming in, five transfers and four freshmen, to help fill the void left by five graduating starters. Cupello asserts this recruiting class is “probably the best in about three years,” and he has no designated red-shirts as he plans to have open competition for travel spots come August.

According to Cupello this Highlander team can beat anybody, but they must first re-establish their strong team culture as a foundation. This culture is made up of “core values of trust and respect” within the team and as well as in the community and classroom. Cupello asserts that if that message is conveyed more consistently, by players and coaches alike, it will allow this team to extract the absolute best out of one another and claim another division title.

For UCR’s volleyball team the goal for the 2015 season was to set a new record for wins as a Division I program, and they accomplished that with 10 wins. Despite this being a record setting season Head Coach Michelle Patton believes next year’s team will be in a position to set even more records. The 2015 season was hampered by injuries and a lack of depth, so Patton has decided to combat that by bringing in a healthy-sized recruiting class of 11 players for the upcoming year. The Highlanders are only losing three players to graduation, so this loss will be more than offset by the incoming recruits.

As far as the immediate impact these players will make, Patton wants “to get everyone under the lights and onto the court” where they can compete for a roster position. Whether these recruits impact the team immediately or not, Patton is focused mostly on the process of becoming a good team, stating, “we’re going to put a lot of time and effort into becoming a great team.” UCR volleyball will be made mostly of underclassmen in 2016, so getting acclimated to high-level volleyball is going to be key in order to succeed. With that said, this is by no means a building season for the Highlanders because, as Patton asserts, she has “seniors who want to win now.”

Volleyball does not have a conference tournament set-up so the regular season is vastly more important than in other sports. In order for the Highlanders to make an NCAA tournament they have to win their conference for a guaranteed bid, or they must build a strong body of work to make it in as an “at large bid.” While this may seem like slim chances, Patton sees it as motivation for her team to “take (this season) match by match and putting in quality effort every week.”