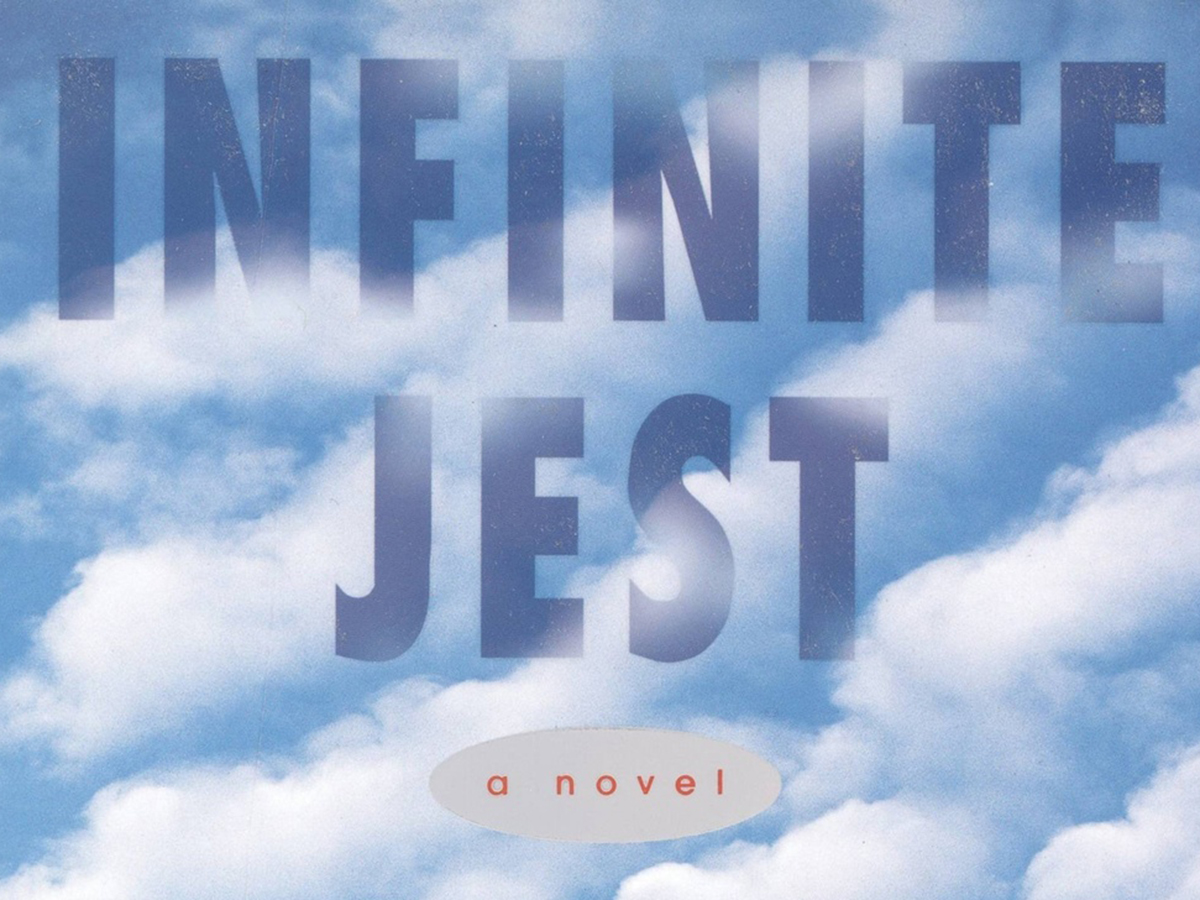 Have an infinite summer

David Foster Wallace’s magnum opus, “Infinite Jest,” is regarded as one of the most important books to have come out of America in the last 100 years. In 2010, TIME magazine included it on its list of the 100 best books since 1923. The work has also been praised by other authors and literary connoisseurs. Zadie Smith, one of the most commercially successful and critically appraised authors of our generation, dedicated an entire section of her book, “Changing My Mind: Occasional Essays,” to the “difficult gifts” of Wallace and his work. It’s the new American classic, and deals with issues of abuse, drug addiction, recovery, entertainment/media, commercial art and family.

Although published in 1996 and instantly celebrated by many, the 1000 page (and 100 pages of footnotes, don’t skip them!) tome gained significant popularity after Wallace’s suicide in 2008. At the end of his life, Wallace lived in the not so far away Claremont, California, where he taught at Pomona College. Throughout his life he struggled with many of the themes he wrote about. The 2005 commencement speech he gave at Kenyon College also drew the attention of many to his work, and still serves as a good introduction to Wallace for avid readers and non-literary types. Author and interviewer David Lipsky said of him after his death, “We think a thousand things at a time, and David found a way to get all that across in a way that’s incredibly true and incredibly entertaining at the same time. He found that junction.… He was the one voice I absolutely trusted to make sense of the outside world for me. Anyone that picks up his work for the next 50 years will have their antenna polished and sharpened, and they’ll be receiving many more channels than they were aware of.”

It is difficult to classify Wallace and his “difficult gifts,” or to sum up his genius in any kind of biographical form, but it’s one of those cases where knowing a bit about the artist will give you some insight to the work.

On a plot level, the book shuffles back and forth between the Incandenza family, an elite tennis academy and a halfway house in Boston. All of these events and characters are tied together by the film “Infinite Jest,” for which the book is named. However, in the book the film is simply called, “the Entertainment.” Indeed, it is so entertaining that once someone starts to watch the film, they desire to do nothing but sit and watch it, which eventually leads to their death.

It is set in a future America, in which the US, Canada and Mexico compose the Organization of North American Nations. In this sense, it’s a dystopian novel, but simply labeling it that does it a severe disservice. The book also falls comfortably into categories such as: postmodernism, hysterical realism and tragicomedy.

You could call it a cult classic — there are many websites dedicated to the book. Some are “readers guides,” to help out first time readers, and some are discussion based forum boards. It’s not just a great book though, it’s also an incredibly difficult book. The first time a professor recommended it to me, he simply said, “let me know if you ever finish reading it,” because many do not make it all the way through due to its length and complexity. The time and concentration needed to do the book justice has inspired a tradition of sorts among many university students (and others, who have been meaning to read it for the past 10 years) — a tradition known to many as “the infinite summer,” in which thousands of people all over the world spend an entire summer dedicated to this awe inspiring work of literature. Although a daunting task, it’s one that’s also well worth your while.

“The Feast of the Goat” by Mario Vargas Llosa

Unlike “Infinite Jest,” “The Feast of the Goat is not the traditional sprawling novel. Clocking in at around 400 pages, it is a sharp departure from the sheer volume of Wallace’s masterpiece — however, that is not to say this is a lesser novel in any regard. Written by Peruvian Nobel Laureate, Mario Vargas Llosa, “The Feast of the Goat” is a thrilling (and horrifying) narrative about the Dominican Republic under the rule of Rafael Trujillo, an iron-fisted dictator who ruled the nation for 30 years.

Following the story of Urania Cabral, a Dominican exile living in the United States who returns to her homeland after her father’s death, the novel interweaves the last days of Trujillo’s rule with her personal recollections. Told in turn from the perspective of Cabral, Trujillo and a cabal of conspirators plotting his assassination.

“The Feast of the Goat” is not a traditional summer read: It is not particularly light and the dark political subject matter is not exactly beachside reading. However, Llosa’s masterpiece is strangely compelling. Each chapter alternates the point of view of the story between the three major plotlines, all of which seem to converge on one single night. The thrust of the narrative has the atmosphere of a noir thriller, where the reader is drawn in by the sense of mystery, discovering more details as the plot moves forward.

The major themes of the novel — history, memory, the interweaving of individual narratives into a larger political climate — are explored masterfully. Moreover, given the upcoming election, and the future trajectory of this country … maybe reading a political novel about power might not be the worst expenditure of your time. “The Feast of the Goat” is a masterful evocation of the Dominican Republic under Trujillo’s reign. For those of you who will surely have oodles of time to kill over the next three months, I assure you there are far worse things you could do with your time than pick up this novel.