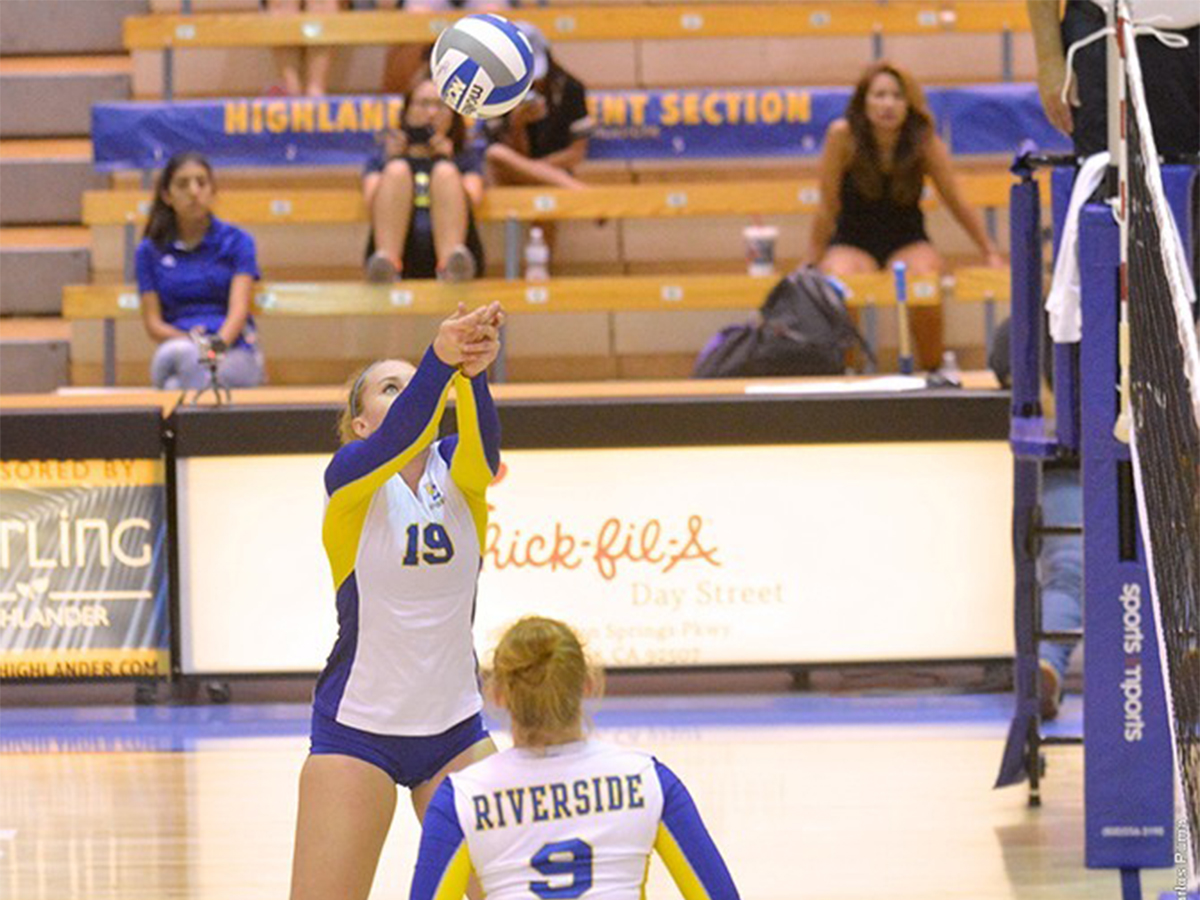 One of the most timeless sayings in sports has always been, “It’s not how you start, it’s how you finish,” of course implying rocky starts to a season can be overcome. For the 2016 UCR volleyball team, the season is certainly off to a rough start. The Highlanders are currently 5-7 overall with completion of the team’s final non-conference tournament, The Roadrunner Classic.

However, the blue and gold’s record is by no means indicative of their talent overall. This squad has been competitive in every single match this season even when they fail to win a set. Even the conference has acknowledged the Highlanders’ individual play as, for the final week of August, senior outside hitter Fabiana Rosas won Big West Player of the Week and senior libero/defensive specialist Maddie Hubbell won Defensive Player of the Week. This is the first time UCR volleyball has managed two weekly conference awards in the 15 years they’ve been in the Big West Conference.

Even with the Highlanders’ competitive play in their matches so far, the team has been unable to put opponents away for a match victory. Head Coach Michelle Patton cites passing and serving as the areas the team needs to improve most before conference play begins, though she also admits, “We have a lot of young players on the court and we just need to put plays together.” Inexperience certainly plays a factor in this slow start for UCR, especially when four starters are freshman, but Patton has veteran specialists coming off the bench at anytime. However, the reliance on young talent was not a surprise for Patton. In fact, she planned on it. Patton mentions, “We knew with a (recruiting) class this big we would have to rely on young talent,” and sought leadership on the court for said young talent from her veteran players, Rosas and Hubbell.

Unfortunately for Patton’s squad, Rosas sustained a season-ending injury and can only lead from the sideline, though she travels with the team acting as an extension of the coaching staff.

The Highlanders’ faced a difficult double header on Friday, September 16 against Northern Arizona and host CSU Bakersfield as they were unable to win either match. However, the blue and gold put up a fight in every set, and even managed to storm back from a two-set deficit against NAU but ultimately could not take the fifth set. The second match against Bakersfield followed almost immediately after the first and Riverside was unable to win a set, falling in three closely competitive straight sets. The Highlanders continue their season as they visit conference opponent Cal State Fullerton on Saturday, September 24.