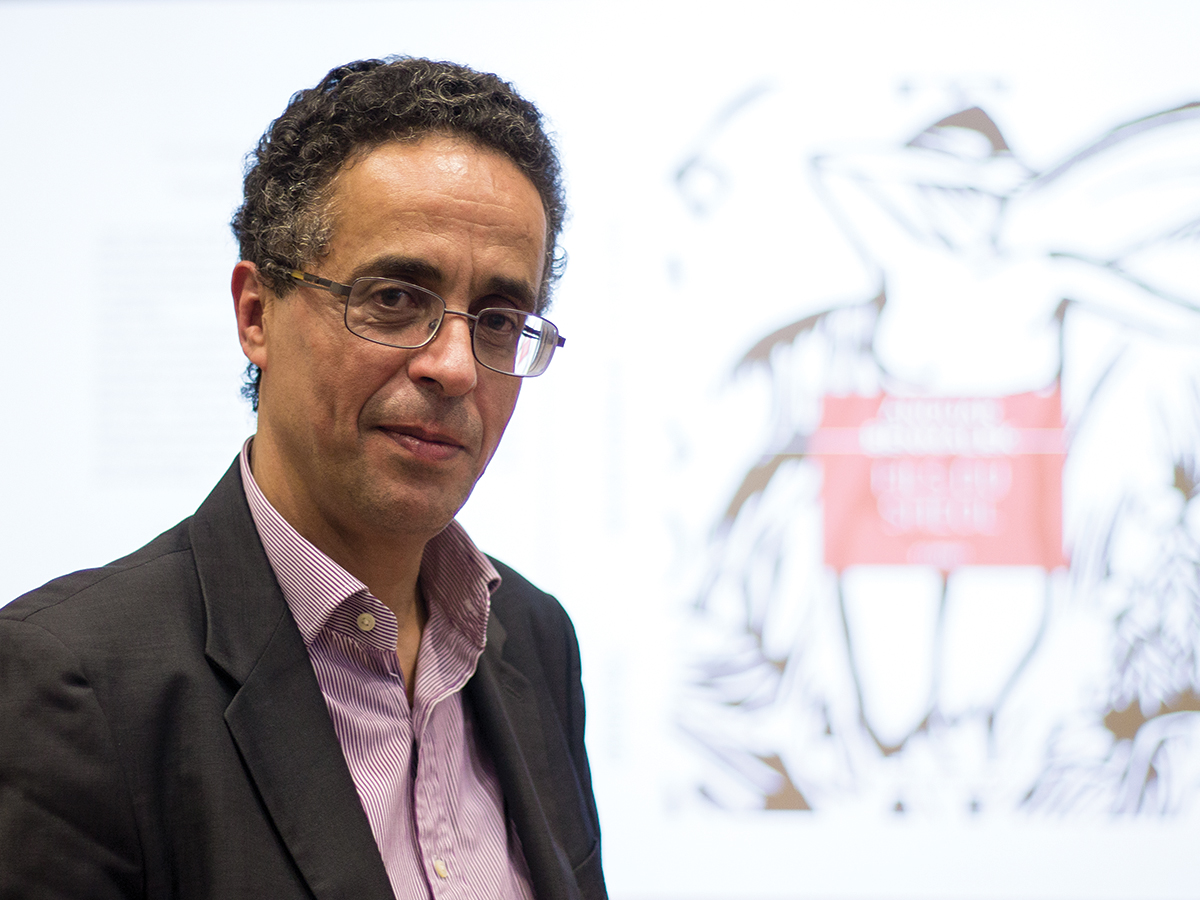 Anouar Benmalek is not a very famous name in the United States. For most people on this side of the Atlantic Ocean, the name does not really resonate — and yet, Benmalek is known elsewhere as a revolutionary intellectual internationally. A mathematician, philosopher, novelist and poet, Benmalek has often been compared to legendary writer Albert Camus (Benmalek was even nominated for the Nobel prize). Recently, he was invited by UCR’s Center for Ideas and Society to speak about his most recent novel, “Fils du Sheol,” a historical novel which catalogues the relatively unknown genocide of the Herero people in Namibia by the German colonial forces. Benmalek sat down for a conversation with Olivia Harrison, who is a professor of French, Italian and Middle East studies at the University of Southern California.

Though Benmalek is a jack of many trades, he is most well-known for his novels. While many of them are untranslated, his novels “Lovers of Algeria” and “The Child of an Ancient People,” “examine the lives of ordinary people living in violent times, that is, under conditions of genocide, political repression, racism and religious fundamentalism.”  While his recent novel has not been translated into English, it has made waves in Europe and many Arab countries.

The conversation between Harrison and Benmalek began with a discussion of the reception that “Fils du Sheol” had received internationally. While the novel has not been translated from French into English yet, there has been a very mixed international reaction toward it. Benmalek stated that while many French critics had a positive reaction toward his book, his novel has been very controversial in North African and Arab countries. In fact, because “Fils du Sheol” deals in part with the Jewish holocaust, the leaders of Al-Qaeda issued a death threat condemning his work.

However, Benmalek welcomed the controversy. He spent three years working on this novel, doing comprehensive research on his subject. The research was especially hard, because there is a scant amount of resources on the Herero Genocide.  After the English defeated the German army in World War I, they conducted interviews and compiled testimonies about this genocide, and published it in the “blue book” of which there were very few copies. These copies were deliberately suppressed by the English and German authorities for fear it may spark uprisings internationally. The research used in his novel came primarily from one copy of this “blue book,” which he spent months tracking down.

While the conversation ranged on a various number of subjects, the primary discussion revolved around the idea of fiction and memory. Benmalek remarked that, for him, “only novels and films have the capacity to truly remember these events.” His goal with this book was not only to generate awareness for this forgotten crime against humanity, but to remember the lives of the Herero people: “Even if they were exterminated, at some point they were living people.” Benmalek’s novel wanted to capture, and render into language, the true horror of this genocide, which he stated was “a laboratory and antecedent for the Shoah” — a statement and idea many find difficult to accept.

Benmalek’s discussion was a sobering reminder of the importance of literature in the modern age, and the ongoing courage of writers around the world. While many continue to suggest that the written word is being replaced by the digital, the fact that this story about the Herero genocide remained untold for over 100 years until extensive research was conducted by a world-class intellectual suggests much about the necessity of public intellectuals in our time.