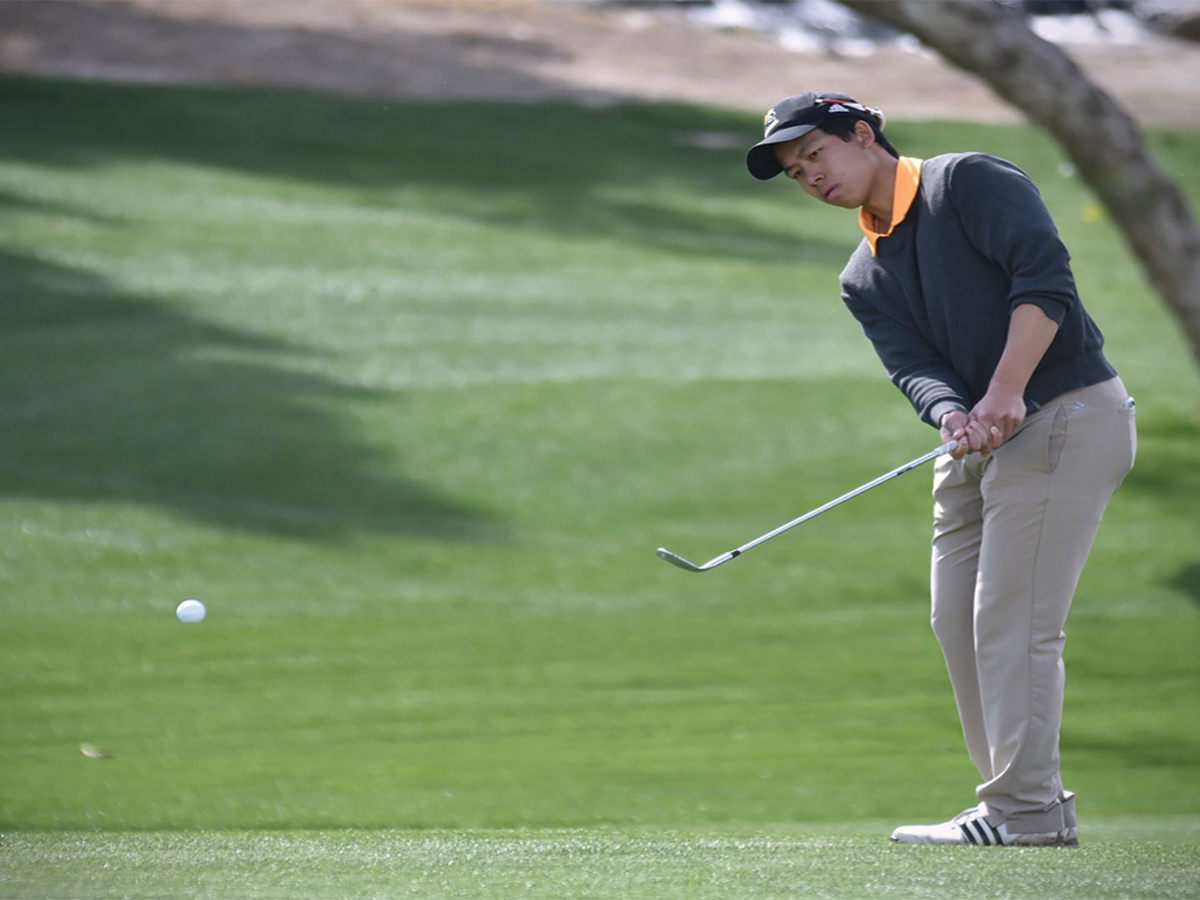 UC Riverside didn’t end the season on a high note in Hawaii. At the Big West Tournament in Hawaii on April 29-30, UCR placed eighth among the nine participating teams. Senior Andrew Spilman finished with a total score of 224 and tied for 17th place overall. Junior Tyler Moore placed right behind Spilman with a score of 226, for 20th place. It wasn’t the ending the Highlanders were hoping for after coming into the tournament with momentum from a successful USCB Intercollegiate tournament.

UCR only finished sixth place or higher twice during the season; during the Bill Cullum tournament at Cal State Northridge on October 15-16 when they placed sixth out of 17 teams, and on April 15-16 at UC Santa Barbara, where they placed second out of eight teams.

“I think overall we underachieved. We struggled starting out but we had a few freshmen playing most of the year,” Head Coach Rick Todd said.

Spilman had arguably the best performance of the season. At the UCSB Intercollegiate tournament, Spilman took home first place as an individual and led the Highlanders to second place overall out of eight teams. Spilman scored an impressive 213 and won by two strokes. During the three rounds, he scored a 70, 71 and 72.

“He (Spilman) isn’t the most talented player on the team and he doesn’t hit it the furthest, but there is something inside him that makes him tick that you can’t teach. He doesn’t care where his ball goes. He just goes and finds it,” Todd stated. “I was glad to seem him win (in Santa Barbara) because of all the hard work he puts in.”

Winning the tournament in Santa Barbara places Andrew Spilman among some of the best golfers in UCR history, including female golfer Jakeishya Le, who has quite a few accomplishments herself.

Next season, however, the Highlanders will be without Andrew Spilman and senior Michael Wong, as they will leave the program due to graduation. The freshmen will need to take another step forward in their growth and returning players will need to be even better.

“I think we are going to be pretty good next season. We have a couple of kids coming in to the program. The freshmen will become sophomores and will see some improvement. They will be more prepared and know what to expect. But we are going to bring our A game, not our B game,” Todd said.