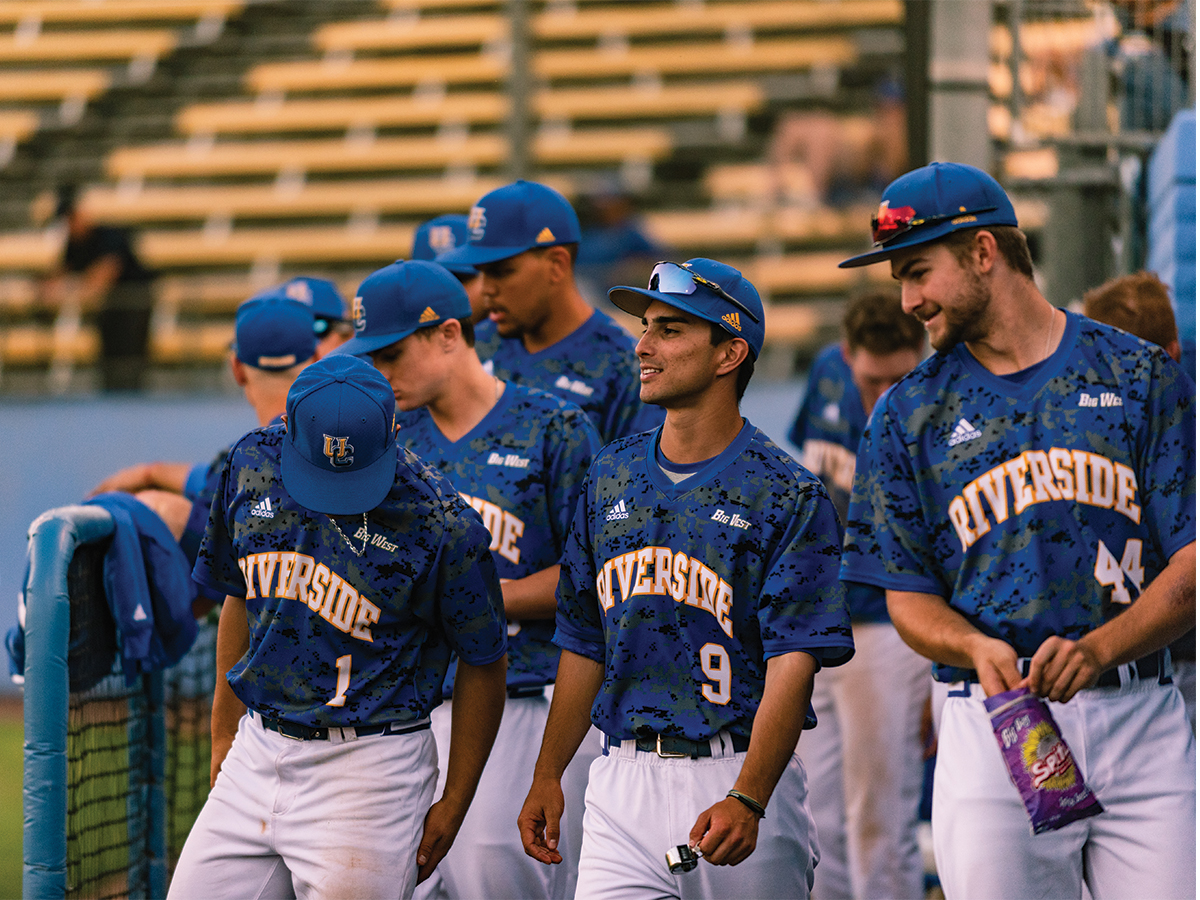 The Highlander baseball (16-30, 5-11) team’s offense had been on fire in recent games, which kept the team competitive in many of their games despite their pitching staff’s shortcomings.

Their hard-hitting bats were slowed down in their recent series sweep at the hands of the Long Beach State Dirtbags, scoring just one run in two of their three losses.

UCR aimed to get back on track in the start of a home series against the Cal State Fullerton Titans (21-24, 7-9).

The Highlander’s bats got going, but their pitching staff underwhelmed again in an 11-8 loss in game one of their doubleheader on Saturday, May 11.

The Titans put up four first inning runs against junior starting pitcher Kevin West, who was quickly relieved after hitting sophomore shortstop Brett Borgogno with the bases loaded to cap off the early rally.

UCR quickly answered in the bottom of the first with two runs, taking advantage of an error by Borgogno that brought in senior first baseman Yeager Taylor to make the score 4-1. The error also put junior center fielder Travis Bohall at third, who scored on a sacrifice fly by sophomore left fielder Dylan Orick to cut the lead to 4-2.

The Highlanders also cut their deficit in the third inning, once again taking advantage of a passed ball that set up an RBI groundout by Orick to bring UCR to within 4-3.

After Fullerton pushed their lead to 5-3 in the top of the fourth inning, the Highlanders took the lead in the bottom half of the inning. Taylor hit the Highlander’s third double in the inning to bring in senior right fielder Dean Miller for a 6-5 lead.

After sophomore reliever Jeremiah Priddy pitched a shutdown top of the fifth, the Highlanders added an extra run in the bottom half courtesy of freshman third baseman Alec Arnone’s RBI single to bring the lead to 7-5.

The lead was short-lived, as has been the theme for UCR for most of the season. The Titans regained the lead in the top of the sixth, as senior right fielder Jairus Richards singled home freshman catcher Kameron Guangorena for the 8-7 lead.

UCR responded in the bottom half of the sixth as Orick hit another sacrifice fly to tie the game at 8-8.

The Highlanders put a runner on in the ninth, but freshman reliever Michael Weisberg slammed the door to end the first game of the doubleheader, 11-8.

The Highlanders had little time to dwell on a tough loss, as just a few hours later, they played the second game of their doubleheader.

Like in their previous game, the Highlanders played from behind early as starting pitcher Trevor Bateson allowed five earned runs in the first inning.

UCR got a run back in the bottom of the second as Matt Hardy singled to drive in Taylor to cut the lead to 5-1, but the Titan offense continued to score as they got the run back in the top of third and an additional run in the fifth.

With the game at 8-4 in the top of the eighth inning, Fullerton pulled away with three runs off sophomore reliever Ari Gerber to increase their lead to 11-4. They scored two more on Pavletich’s two-run triple en route to a blowout 13-5 win.