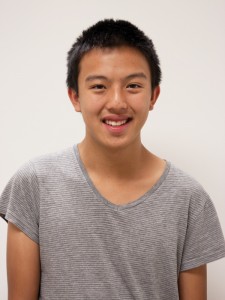 College sports is a $900 million industry, with the net worth of some schools’ teams also valued in the hundreds of millions. Of that money, how much of it do the players earn?

The NCAA continues to prevent athletes from receiving almost any compensation for their work by claiming it is “amateurism” in college sports. According to them, “maintaining amateurism is crucial to preserving an academic environment in which acquiring a quality education is the first priority … the young men and women on the court are students first, athletes second.”

A study conducted by the NCAA showed that most college athletes spent over 40 hours per week on their sport, which is considered full-time work by many standards. Those athletes also spent considerably less time on their schoolwork, hovering at about 20-30 hours per week.

Houston Texans running back Arian Foster recently came out and admitted receiving money during his time as a Tennessee Volunteer, stating that he “didn’t have any money, [he] had to either pay the rent or buy some food.” Foster also recalls the days where he would return to his dorm room after games and have no food in his refrigerator. Foster wondered why he had “nothing to show for what [he] just did,” and that “there was a point where we had no food, no money.”

In fact, the current NCAA regulations are so ridiculous that athletes are limited to one formal “training meal” per day. And the dining hall isn’t usually open after a long day of practice or a nationally-televised night game that usually ends late.

The idea of selling student-athletes short makes absolutely no sense. Mark Zuckerburg wasn’t held back from making money off his work while in college. James Franco wasn’t told that he couldn’t act for money while he was at UCLA. What’s the difference here?

A four-year scholarship simply isn’t enough recompense for a full-time college athlete, and with 86 percent of student athletes living below the poverty line, maybe it’s time to start paying our student-athletes accordingly.