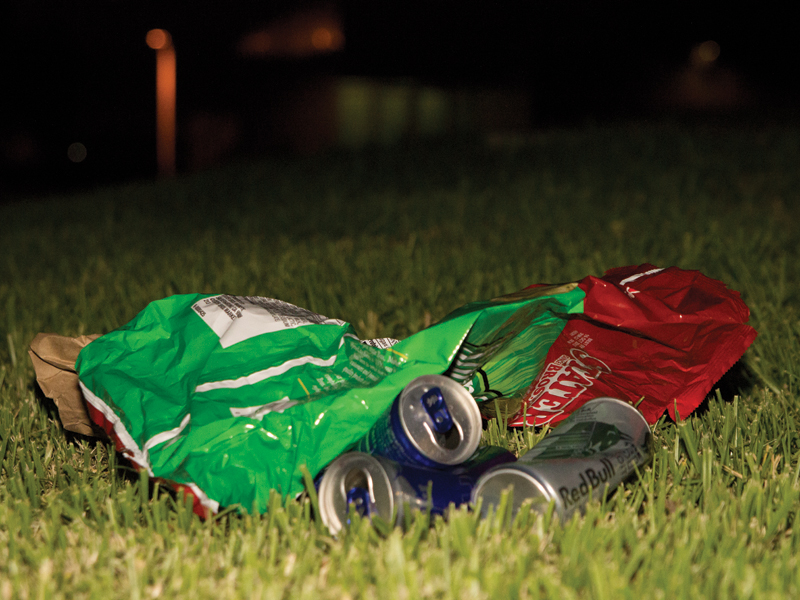 Residential complaints about disruptive noise levels, public indecencies and trash-filled lawns caused by out-of-control parties have spurred the Riverside City Council to pass a new housing measure that may potentially constrain student housing in the region.

Passed on Aug. 13 by a 5-2 majority, the new housing regulation requires homeowners to obtain a permit when leasing to more than two residents in single-family housing. This involves filling out an additional one-page form as part of the Riverside zoning codes and regulations. City officials say the new local law will be implemented based on complaints filed.

Proponents of the permit argue that the continual proliferation of “mini-dorms” is wreaking havoc on their living conditions, while city officials are seeking to relieve tensions between seasonal university students and community residents through local regulations.

“Toward Central Avenue and Sycamore Canyon Boulevard, my community has approximately 15 student houses out of 106 homes. The parties have already started, with being woken at 3:30 a.m., with trash and broken bottles in my and my neighbors’ yards,” said Pamelo Loscutoff, a local Riverside resident. “We have gone through this for years. I do have sympathy for the students who do not cause any problems; however, we have not had any students like that.”

Riverside police lieutenant Andy Flores reported that the police responded to 153 calls about excessive noise levels and parties around UCR in the first half of 2013, as stated in a press release. Riverside Councilman Mike Gardner says the permit is not to penalize student housing, but to encourage “better landlords,” by holding homeowners more accountable for their property and tenants.

According to the University Neighborhood Plan, “Local houses are popular with students because they can live dorm-style — where two people often share a room — in order to cut the cost of housing. Many [university community] plans have recognized that the way to offset the intrusion of students into single-family areas is to provide private student-oriented housing in appropriately located developments that are close to campus.”

University-owned housing accommodates 30 percent of the undergraduate population — approximately 6,600 students — out of a total of about 21,000. The university is expected to add an additional 810 student beds by 2014, in order to accommodate ongoing demand for housing.

Prior to the passage of the city ordinance, students created a Facebook page entitled, “Let UCR Students Remain in Their Homes, Fight Housing Ordinance P11-0372,” which received nearly 1,000 likes. The page serves as an outlet for community members to voice their concerns against the measure, in which alleges “students and renters will be forced to vacate their homes/apts (sic).”

ASUCR senator Fernando Echeverria felt the new city ordinance created a penalty system geared toward students by limiting the development of student boarding houses. “The dorms (cost) roughly $1,400 a month compared to renting a room in house for $400. The difference is astronomical, and if we are to move forward as a university we need to become accessible to all students. We need to give students a reason to stay in Riverside in order to move away from the notoriety as a commuter campus.”

With housing and parking affordability continuing to be a costly concern for students, the permit regulation may be just the beginning of a string of city ordinances. Supporters of the permit say that seasonal students are not invested in the well-being on the community and are currently pushing for a moratorium on extra permits, which would prevent homeowners from “cutting-up” housing by dividing rooms and selling them to tenants.

But according to Riverside City Attorney Greg Priamos, “If a property owner comes in and the remodeling plans comply with the applicable building codes and fire codes, we have a ministerial duty to approve those plans.”

City officials hope active property management by Riverside homeowners will encourage a thriving real estate market for long-term buyers. According to RealtyTrac, the Riverside-San Bernardino-Ontario metropolitan area has the second highest foreclosure rate in California (3.86 percent of housing units with a foreclosure filing).

“It must be taken into account that, we the students, are helping these local landowners by renting their properties that families are no longer willing to rent,” said UCR alumnus and political science major Yasmine Arsala. She advocates the idea of establishing university housing geared toward specific student organizations as a way to make housing more accessible.

Students, such as third-year Mary Dinh, felt the city measure disrupted the trust factor between a landlord and its tenants. “When I heard about the permit, I felt like it’s unfair that they did this without the input of students [and] as a homeowner, it’s a bigger inconvenience because the students won’t want to rent out,” Dinh continued about the need to support community building, while reducing people’s “stranger danger” mentality or holding a mental phobia about meeting unfamiliar people.

In an effort to improve university-city relations, UCR Dean of Students Susan Allen-Ortega said in an email, “We are committed to communicating actively with students to insure that they understand how to be good neighbors and alerting students to city laws/ordinances and University policy that they are accountable to honor as residents.”