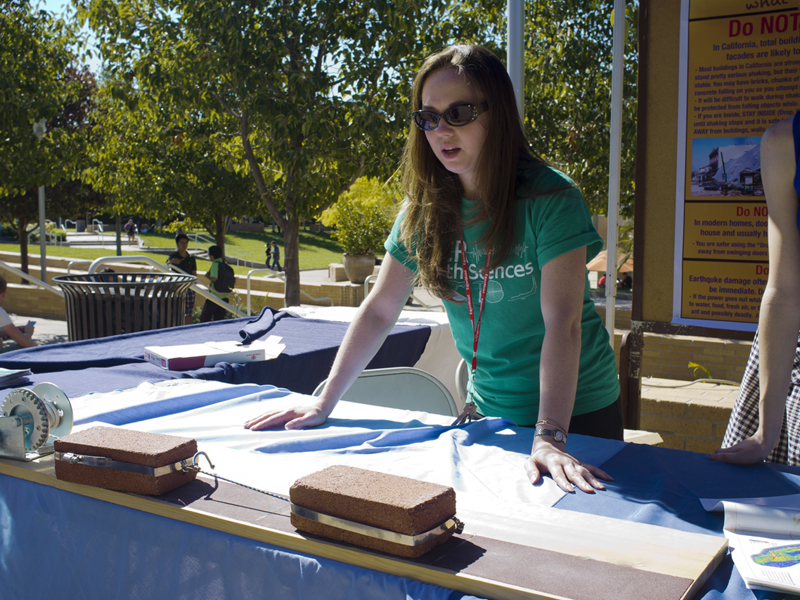 UCR students, faculty and staff were part of an estimated 9.6 million Californians who participated in the sixth annual Great California ShakeOut earthquake drill on the morning of Oct. 17. Organized by the Earthquake Country Alliance, the drill was designed to teach millions around the state and the world how to properly protect themselves in the event of a major quake.

Because earthquakes in California are fairly common, the California ShakeOut was designed to keep Californians on their toes and prepare them for an earthquake. According to shakeout.org, the eastern portion of Southern California, where UC Riverside is located, is the most vulnerable to large earthquakes due to two major faults running through the area. As a result, UCR encouraged its community to participate in the drill.

The event began at 10:17 a.m. with a campus-wide warning siren signaling the start of the drill. The campus community was asked to drop, cover and hold during the minute-long drill. Some buildings were required to evacuate and assemble on the east lawn of campus for approximately 10 minutes.

Some professors found participating in the ShakeOut easy and beneficial. “We had already discussed on Tuesday that we would be doing it, so I think that the students had a good understanding,” said UCR physics professor Gail Hanson.

Other professors stated that they had difficulty coordinating the drill with students during their lectures. “We were aware of the drill. We sort of participated in the drill. We heard the sirens. I told them it was a practice drill. No one went to the floor and under the table,” said Academic Coordinator Dr. Geoff Cohen.

Some students felt the ShakeOut drill was pointless. Diana Battle, an English major, stated that, “in the event of a real earthquake, especially ‘the big one,’ holding on to things like desks won’t do us any good.”

In addition to the drill, an information booth was set up near the Highlander Union Building later that day to teach the campus more about the possible threat of a major quake. A model of an active fault line attached to a digital seismograph was in full display as event organizers explained how and when earthquakes occur. Other infographics and posters were displayed for additional information.

Millions of people in the United States and around the globe also organized their own drills, bringing the worldwide total amount to over 18.5 million. The figures were based on the number of participants who registered in the organization’s website.