Highlander
Home News The Lab: Research from UCR and the UC system 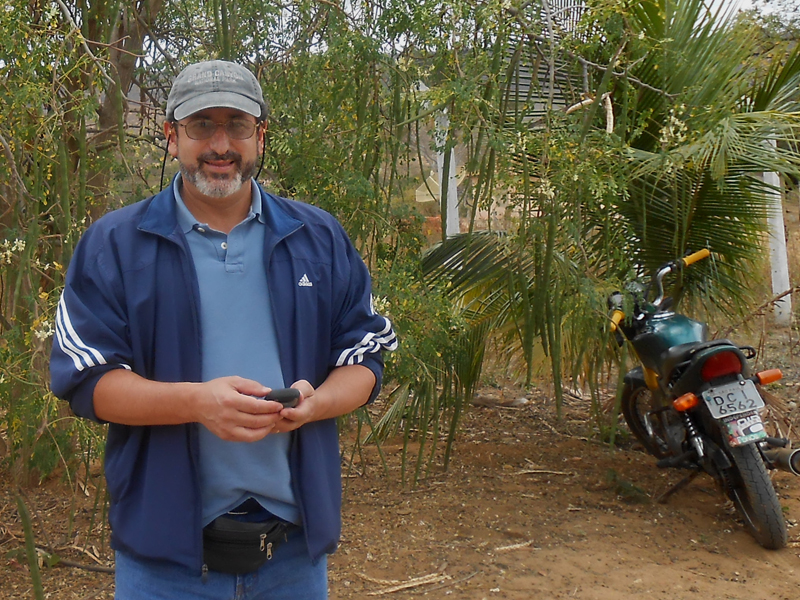 UCR associate professor Steven Helfand has been awarded $70,000 from the United Nations’ International Fund for Agricultural Development (IFAD). The money will be used to research the efficacy of PROGAVIAO, a UN-funded program designed to alleviate rural poverty in Latin America, with a focus on Brazil.

“IFAD’s mission is to help the poorest of the poor in the world, typically farmers,” Helfand said upon receiving the grant. The grant is designed to evaluate whether the goals of the program are being reached, while “(improving) incomes for people currently living in extreme poverty and (trying) to break the transmission of poverty to their children.”

PROGAVIAO was a cash-transfer program that operated between 1997 and 2005, incentivizing construction of sustainable infrastructure, including dams and cisterns. The success of the program will be determined by comparing over 200 rural communities that received aid from PROGAVIAO with those that did not. with only a portion receiving aid from PROGAVIAO.

Brazil is commonly listed among countries with the potential to become a significant economic power. Brazil is the largest economy in South America and is the world’s largest exporter of coffee, sugarcane and ethanol.

Helfand has been a professor in UCR’s economics department since 1995, serving as chair of the Latin American Studies Program from 2002 to 2006 and as Director of the UCR Education Abroad Program in Brazil from 2006 to 2009. Helfand’s research focuses on the developing agricultural economies of Brazil and the rest of Latin America, especially as it relates to rural poverty.

According to research by UCR’s Center for Environmental Research and Technology (CE-CERT), hybrid engines used in construction equipment release greater amounts of nitrogen oxides when compared to conventional diesel engines, even as they increase fuel efficiency.

The research focused the study on a hybrid Caterpillar bulldozer and a hybrid Komatsu excavator. Overall, the hybrid engines were found to provide fuel savings of between 7 and 28 percent. But they also released 21 percent more nitrogen oxides than their diesel counterparts, despite manufacturers’ reports that they decreased nitrogen oxide emissions by 30 percent. In addition, the use of the hybrid excavator increased particulate matter by 27 percent.

“The reason we see increased NOx (nitrogen oxides) in this first generation technology is simple — getting the best fuel economy is going to sell the equipment,” reported Kent Johnson, an assistant research engineer at UCR.

Nitrogen oxides have been found to cause airway inflammation, which makes it difficult to breathe, especially in people who have been diagnosed with asthma. With Riverside reporting levels of 0.0161 parts per million (ppm), there are more nitrogen oxides here than the United States as a whole.

CE-CERT received a $2 million contract from the California Air Resources Board (CARB) in 2011, with half going toward purchasing hybrid engines and the other half going to study their emissions. The contract is an attempt to decrease greenhouse gas emissions in light of a 2006 law, AB 32, which mandates the state reduce emissions to 1990 levels by 2020.

An international conference of scientists has resulted in the establishment of a committee to pursue further use of geothermal energy in the United States, headed by UCR professor emeritus Wilfred Elders.

The committee will focus on the feasibility of drilling deeper into the earth to provide a tenfold increase in the amount of energy provided by geothermal wells. The committee’s plans will be influenced by the Iceland Deep Drilling Project (IDDP), the hottest geothermal well in the world, which produces 40 million watts of electricity. Elders served as one of the two chief scientists for the program.

“The potential for very favorable economic returns suggests that the United States should begin such a program,” stated Elders. “There is a significant undeveloped potential for developing high-enthalpy geothermal systems in the western United States, Hawaii and Alaska.”

Geothermal energy comprised only 0.41 percent of the United States’ total electricity output of 4,054 billion kilowatt-hours (kwh) in 2012, but that amount has increased in recent decades. As increasing focus is being given to the decline in oil resources, geothermal energy has attracted particular attention because of its nature as a renewable energy source.

Elders taught at UCR until 2000, specializing in the tectonics of the Salton Trough and geothermal energy production. Prior to his retirement, Elders directed the Geothermal Resource Program at UCR for 30 years. He was also the Chairman of the Education Committee of the Geothermal Resources Council (GRC) of the United States.