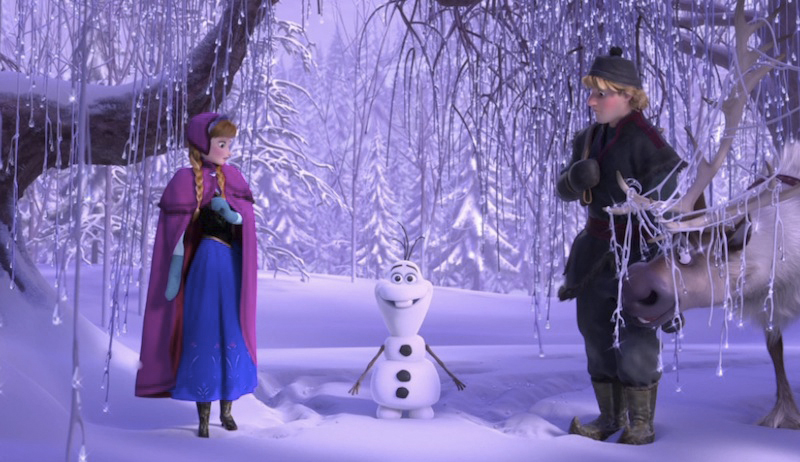 For a while now, Disney’s been aching to recapture that string of commercial success and universal acclaim that characterized the Disney Renaissance of the 90s. The entertainment powerhouse tried here and there, be it through live action flops of “John Carter” and “The Lone Ranger,” or through the commercially successful but critically panned “Planes.” Thankfully for us, “Frozen” quells that flame of disbelief in Disney by delivering an artful project that successfully recaptures some of the movie magic from the Disney Renaissance.

Loosely based on the Hans Christian Andersen fairy tale “The Snow Queen,” the plot revolves around the royal sisters Elsa and Anna of Arendelle. Elsa, the older of the two, is born with the ability to conjure snow and ice from her fingertips. A childhood accident forces Elsa to physically and emotionally distance herself from the world. Her powers are later exposed to the townsfolk at her coronation, and as she flees Arendelle, she inadvertently casts the kingdom into a perpetual winter. It comes down to Anna to rescue both Arendelle and her sister.

The film’s writing is what really anchors this film, because let’s face it: We’re too familiar with the archetypal Disney story. On the surface, “Frozen” seems to possess all the worn-out qualities. There’s sorcery and musical numbers, a damsel in distress, a dashing young prince and comical sidekicks. With this in mind, Disney gambles on a revitalization of that tried-and-true formula — and the payoff is massive. The dialogue always brims with emotion, be it humorous or touching. This quality breathes a lot of needed nuance into characters playing archetypal roles. The pacing does drag a bit toward the middle as the audience settles almost too comfortably into the journey that Anna takes up. Luckily, the quirky interactions between Anna and her companions make up for that small fault.

Elsa’s characterization is evidence of what happens when a stereotypical role in a fairy tale is written through a fresh angle. Like many of Disney’s classic villains, Elsa is enchanted with sorcery (it’s never exactly explained how or why she gets her powers, but that’s not important). However, we’re given a complete look at her side of the story and her motivations for abandoning her kingdom. She’s like Frankenstein’s monster; she’s not necessarily bad, but is feared and misunderstood. The relationship between her and Anna is the strong undercurrent that keeps this story afloat. “Frozen” does away with Disney’s standard good-versus-evil blueprint by making Elsa and Anna’s relationship not black and white, but complex. We don’t cheer for Anna to take down Elsa in a grand finale; we cheer for the sisters to reconnect and understand each other.

Of course, “Frozen” couldn’t be a Disney film without its soundtrack. The soundtrack to “Frozen,” besides its well-written story, could be the sole reason for watching it. Like the dialogue, the lyrics express both the film’s modern touch as well as emotional range, flowing between sentimental and humorous. For example, the second song in the film, “Do You Want To Build A Snowman?” rings with Anna’s inner pain as she grows up without Elsa’s presence; meanwhile, the cute, goofy anthropomorphic snowman Olaf sings a tune revealing his dream of experiencing summer, completely innocent of the fact that the season would be his end. The husband-wife team of Kristen Anderson Lopez and Robert Lopez composed the music, showing off their award-winning Broadway technique to great effect. After all, what would Disney be without its music?

Keeping up with the story and music, the animation is absolutely gorgeous and is some of the best out of any Disney film. The cinematography captures the allure of Scandinavian myth. According to Disney, the film’s animators traveled to the famous Ice Hotel in Quebec, Canada (the only ice hotel in North America) to study how light interacts with snow and ice in order to realistically recreate those effects in the movie. The results are painstakingly beautiful, especially in a scene where Elsa, in her retreat, creates a castle made out of ice. The different shots of the ice in this scene are so realistic that we might as well be watching a TV documentary on the nature of ice.

Overall, Disney creates a moviegoing experience in “Frozen” that’s arguably on par with any Disney movie from the 90s renaissance. Aside from slight pacing issues toward the middle, “Frozen” delivers on a near-perfect pitch that hopefully lights the spark of modern ingenuity that Disney needs for future success.