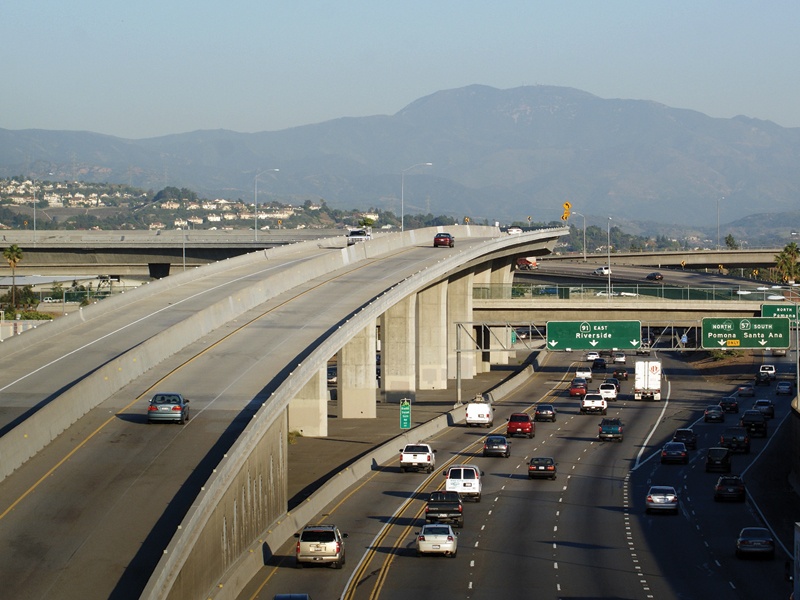 An old saying goes something like this: “Be careful what you wish for — it might just come true.”

The Riverside County Transportation Commission (RCTC) would do well to keep that phrase in mind as it begins construction on a four-year-long mega-project to expand the 91 Freeway, a major thoroughfare for residents of the Inland Empire.

UCR students are intimately familiar with one of Southern California’s most characteristic of characteristics (no, not the smog): the traffic. Probably every student at UCR has at least one story of being hamstrung by the Inland Empire’s notorious levels of congestion en route to class, or worse, a final. The 91 Freeway in particular is one of the worst offenders, waylaying eastbound commuters from Corona and Arlington with an average of eight hours of congestion every single day. Even the RCTC had to admit that traveling the 13 miles from Corona to Riverside is the second-worst commute in the entire United States.

So let’s expand the freeway, the thinking goes. It’s an obvious solution to do away with the frustration caused by automotive gridlock. Build more lanes to decrease the congestion. With  three shiny new lanes, the 91 becomes a sleek model of commuting efficiency.

Pretty soon, people look forward to driving on the 91 instead of fearing it. More and more people begin to use it due to the quick commute. the 91 Freeway becomes immensely popular, and more commuters rely on it to get to work or school. Cars begin to crowd the lanes. Horns blare. Bumper-to-bumper traffic ensues. And just like that, the 91 Freeway is back to where it started.

Be careful what you wish for.

This isn’t a dystopian fantasy. It’s actually an economic concept called induced demand, and its effects have been chronicled in numerous studies. Basically, it means that people take more of a good because more of the good is made available. In the case of our own lovable stretch of asphalt and concrete, people avoid the 91 Freeway precisely because of its reputation for long commutes. But when the number of lanes increases, more space is made available for more people. Those people — people who wouldn’t otherwise be driving on the 91 — then drive up the onramp and clog the freeway.

Fortunately, the RCTC has somewhat acknowledged this inevitability. Two of the three new lanes will be toll lanes, which will help filter out the Sunday drivers from the people who actually need to use the 91, and help prevent congestion from increasing drastically.

But the linchpin of a workable plan has to include other forms of transportation, especially busing and light rail. If the RCTC wants the the 91 Freeway expansion to proceed without incident and provide enough new space for new commuters, legitimate alternatives to using the freeway must be present to decrease the pressure on the freeway system and divert it elsewhere.

Part of the agency’s plans call for expanded service and additional routes for both as the project nears completion. That’s great, and it addresses two parts of the puzzle: accessibility and timeliness. But there’s one piece that’s missing so far, and that’s the most important one — cost.

Simply put, bus and rail fares need to be cheaper for residents to consider them as alternatives to driving. Right now, a round-trip from Corona to UCR and back is $3.00 per day. If you have to commute every day, that’s nearly $100 per month. That amount is almost the same as simply buying gasoline to fuel your car, and taking a car offers the personal space and flexibility a bus can’t.

UCR students already enjoy the boon of free RTA bus fares — that privilege should be extended to the poorest members of the Inland Empire’s community. Bus fares in general should be toned down to make it an attractive option to commuters of all stripes. The city and county already contribute into the RTA and Metrolink systems but need to do more.

Really, there’s no question that traffic in the Riverside-San Bernardino metropolitan area is bad. But if expanding the 91 Freeway is the answer, it would’ve been a long time ago, and four years of construction would be a small price to pay for future convenience.

The reality is more complex. Yes, let’s expand the 91, and create 16,000 jobs to boot. But unless we just want the expansion project to be a victim of its own success, we need to include alternative means of transportation in the solution as well. The RCTC has encouraged commuters to use public transit — but only during the construction phases. The implication that we can stop using the bus and rail systems once construction is completed is a surefire way to end up right back at square one.

Inland Empire commuters are locked in a prison of freeways. The Riverside County Transportation Commission’s answer is a long, expensive project that doesn’t break commuters out of the gridlock prison — it just makes the prison bigger.

We must remember that freeways, buses, cars, bicycles and trains are all means to an end; namely, transportation from one place to another. All of those must be incorporated to achieve a solution that reduces congestion and improves traffic times for everyone. That will be the only way to break down the bars of the jail commuters are confined in.

Students, start your engines now — you might need the head start if you want to get to class on time for the next four years.