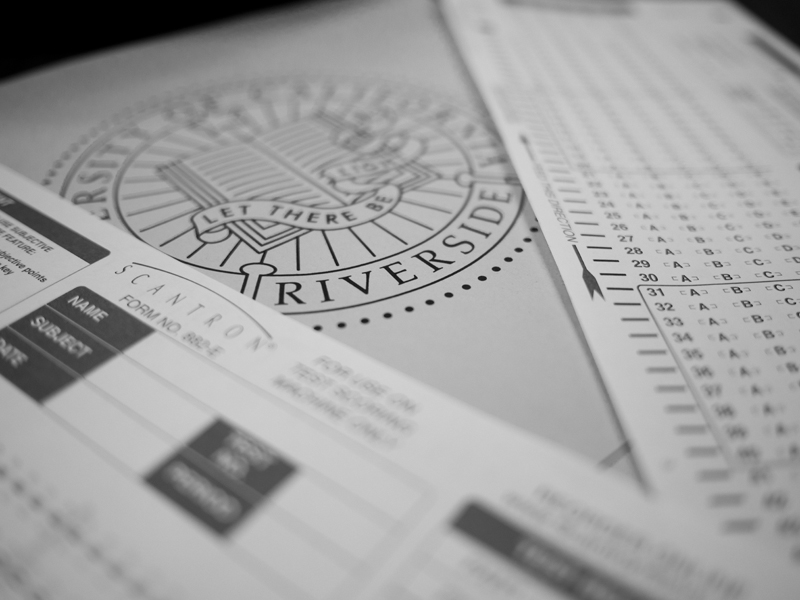 In the last decade, we have become obsessed with evaluating and reevaluating the success of our students. With the United States slipping further and further behind the rest of the world, politicians have decided that the status quo can’t stand. Unfortunately, the status quo has been replaced with something worse: excessively standardized testing.

For grade-school students over the past years, scratching a scantron with a number two pencil has become far too familiar. Tests seem to constantly appear in class curriculums in order to assess the material that is being taught. However, the process of “testing” students has created an unrealistic strategy of learning. The result is an overly structured way of expanding the minds of younger generations that doesn’t expand them at all.

There is a routine that has permeated the way students learn: memorize, then test your ability to memorize. But this has warped education into a process of factual recognition rather than appreciation for the knowledge itself. It is difficult for students to appreciate the opportunity to learn when educational structures are inhibiting their desire to explore subjects because of the infamous standardized test. For some reason, sitting and staring at paper and a scantron for two weeks straight doesn’t make students interested in learning.

Albert Einstein once said, “The only thing that interferes with my learning is my education.” It would be incorrect to say that the schooling system has just now started impeding students’ ability to learn, since Einstein himself even suffered the same barriers. The man who singlehandedly rewrote the laws of physics was labeled as insubordinate and incapable of grasping what was taught in grammar school.

But the irony is that the education system is what is actually impeding students from even moving forward. Realistically, the problem is how to educate the masses and the simplistic answer is that there needs to be a standardized way of teaching. But this oversimplification of reality affects students’ own process of education so that they are unable to effectively learn and grasp college-level material.

Currently, there are two ways to test the competence of the school and the future success of students: an aptitude test and an achievement test (such as the California achievement test). The achievement test creates one of the main problems in that it pressures schools to have students succeed at a test that supposedly expresses the educational quality of a school.

But then the issue follows: schools are teaching to the test. The education system transforms itself into a test prep seminar in hopes that students will reflect high marks. Students’ intelligence is now being measured by their ability to fill in the right bubble.

On the other hand, although preferable, it would be nigh-impossible to teach students case-by-case, and the government does need a means of tracking students’ progress. Students need to understand how to obtain information and process it rather than dive into another test. Although the intent of the test is is to determine students’ knowledge it ultimately fails to teach them how to comprehend information rather than narrowing down multiple-choice answers.

The existence of standardized testing actually creates a false belief that students are either failing or succeeding. Dr. Elaine Tuttle Hansen, executive director of the Johns Hopkins Center for Talented Youth, recently discussed this problem in a piece for The Chronicle of Higher Education. Hansen stated, “The truth is that not all of the smartest kids who have jumped through the hoops required for selective college admissions are ready for the demands of college-level work.” The younger generations have become overloaded with multiple-choice tests that have not allowed them to expand their creativity and critical thinking skills, but rather the skill of narrowing down multiple-choice answers.

There needs to be more emphasis on the observation of students’ growth rather than a comparison test that only evaluates a small portion of students’ knowledge. Karen Lewis, president of the Chicago Teachers Union, states, “testing programs often aim to judge students against measures that have little or nothing to do with what the classroom teacher has taught or is expected to teach.” Rather than attempting to create a test that scores students who come from different backgrounds, classes and educators, students should be encouraged to engage in the material rather than rote memorization.

In classrooms, students should be required to present their knowledge, which helps them with skills such as public speaking and articulating the information taught. Constant writing is also a key element that should be encouraged in grade school to help students grasp the basic style of writing. A board of educators can also examine presentations to understand the way in which a student can express his or her knowledge. This provides a chance for multiple educators to examine a student’s performances and provide him or her with multiple scores instead of one numerical score provided by a computer, much like reviews of employees often necessitate input from co-workers, supervisors and others.

Skills such as reading comprehension, the ability to communicate through writing and publicly speaking one’s knowledge are imperative for college and life. These are abilities that should be stressed in our education system to provide students more insight on what is expected of them in college.

These are the future college students, tested repeatedly and limited to the boundaries of the test. It is imperative that a shift is made in the system so that education can actually expand on students’ skills rather than train them to reiterate information through scantron. The focus must be moved away from scores and toward the idea that educational institutions are established to instill life skills in preparation for not the next grade level, but for the real world.