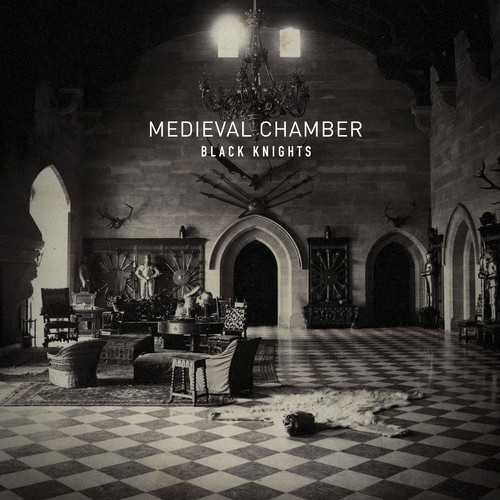 With Wu-Tang backing as part of the Killa Bees, mentoring from the one and only RZA and production duties handled by the great guitarist John Frusciante (yes, from Red Hot Chili Peppers, and yes, this is still a hip-hop album), great music is expected from the Black Knights. Sure, the inclusion of Frusciante may seem a bit odd, but it’s generally known that he’s more than musically capable, even in this context. Now, with that knowledge, how did “Medieval Chamber” come out sounding so sloppy, amateur and generally uninteresting?

The sound attempted here is lo-fi, which is a purposeful move considering the amount of backing this project has. The vocals largely suffer because of it, though; they’re lost in a puddle of their own monotone noise. While the audio was probably intended to evoke the feel of a large, open castle, all the vocals sound like they were recorded in the closet of a crumbling shack.

Besides the sound quality, the lyrical style bleeds Wu blood. Bars are non-reliant on punchlines, but rather on heavy wordplay. This isn’t Raekwon and GZA 2.0, but Rugged Monk and Crisis Tha Sharpshooter hold their own. This is most evident in “Sword In Stone,” despite the artists’ self-titled status as hip-hop’s resurrection on the track. The hook is simple and effortless (“They lovin’ the style, they lovin’ the flow”), supported by the gospel-esque background singing — funkadelic, actually. Luckily enough, even the beat carries the track, which is saying a lot considering how the rest of the album sounds.

“Medieval Chamber” actually starts off on a high note with “Drawbridge,” creating an audio interpretation of the album’s cover art with introductory strings and gunshots. Then the song turns into maligned audio, switching beats twice. Each beat could have held its own as a song; instead, they’re spliced together. The gunshot string piece would have been amazing with bars over it.

The production overall on the album is lackluster at best. Some songs are too slow, with lazy synths and barely-there drums. Others incorporate default beats with an upbeat tempo, but with the same boring synth. Then there’s “The Joust” … so bad. It’s almost unbelievable Frusciante could make this and “By the Way” with the Chili Peppers, considering how the album’s faults fall on its lackluster production. There are interesting sounds on the album, sure, but they just aren’t utilized properly and tend to muddle together in their respective songs. “Roundtable” manages to make it work and “Sword In Stone” is the kind of song that grows on you — not much else is beyond okay, though. The overall album sounds like a rookie messing with the audio system Fruity Loops for the first time and creating random, uninspired melodies.

Such an inspiring framework: the mentors, the young talent and the musical support. It’s overwhelming how underwhelming the album is. There was so much potential, but no progression toward a good hip-hop album — or an album, period. “Medieval Chamber” could have been much better, but this collaboration is straight weak.