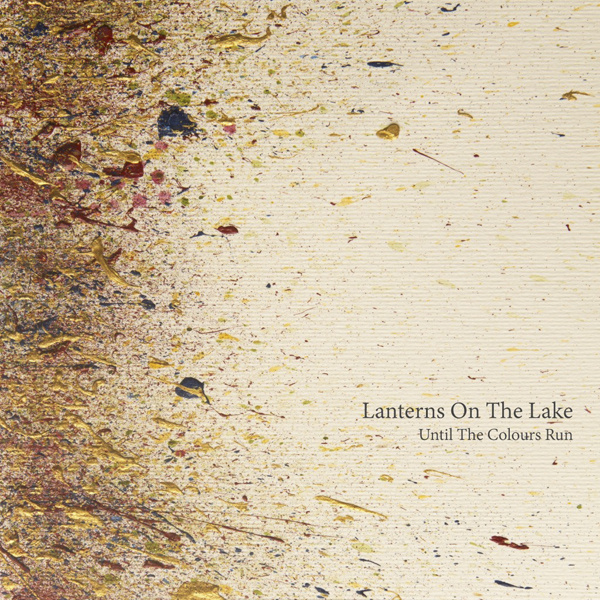 Over the past 10 years or so, baroque-pop-influenced music has made a steady comeback. The likes of Arcade Fire, the National, St. Vincent, Regina Spektor and more have helped popularize the format characterized by emotional guitar builds, “wo-oh” choruses and strong, melodic piano and string sections. Continuing in this vein, Lanterns on the Lake attempt to establish their own stake in the genre with their second album, “Until the Colours Run.” Though it has enough moments of surreal melancholy to survive as a listenable piece, the album ultimately could not achieve the status of its influences due to one thing: the lack of any large, breathtaking moments.

There are moments that come fairly close, like in “The Buffalo Days,” as a drum roll slowly builds until a fairly dramatic jittering guitar pops in — but like the album itself, it ends before its potential is achieved. What could have been built into a strong emotional release is abandoned for a pleasant, if unremarkable, ending with lead singer Hazel Wilde singing over a simple acoustic guitar.

A song in which this formula works at least a little bit better is in the title track, “Until the Colours Run.” Upbeat synths, melodic piano and a frenetic drum beat accompany Wilde’s fuzzed-out vocals as she soothingly sings the deceptively pessimistic lyrics, “The great crime of our times / was the silence and closing eyes / This could be ours for the making / but we’d sooner fold.” Here the band shows that they are in touch with feelings prominent in their generation of grand dreams counteracted by crippling self-doubt. In a song like this, Lanterns on the Lake show their potential; even if the song is not perfect, it shows what they are capable of lyrically and sonically.

This is by no means a bad album — just one that could have been so much greater. Songs such as the beautiful lo-fi piano ballad “Green and Gold” showcase the emotional vulnerability that their influences explore so well. In fact, it is truly hard to say that there is a “bad” song or moment on the album — it’s just difficult to find any remarkable ones. The fact that I had to consciously try and stay awake during my first few listens to the record shows how this album is sorely lacking in any truly grandiose moments.

As I said before, this is by no means a bad album. Lanterns on the Lake showcase their self-described “cinematic indie” style in decent fashion by churning out some beautiful dreamy tunes. I wouldn’t mind listening to this album in my free time, but maybe that’s just because I’m a fan of the genre. It’s the band’s lack of any truly memorable moments that keeps them away from the level of The National or Arcade Fire, however. A lyric in “The Ghost that Sleeps in Me” says, “Are we a dying breed? / The last of the real thing?” If this album is any indication, Lanterns on the Lake are certainly one of many — and if they want to stand out from the crowd with more than just a “good” album, they’ll have to step up their game.