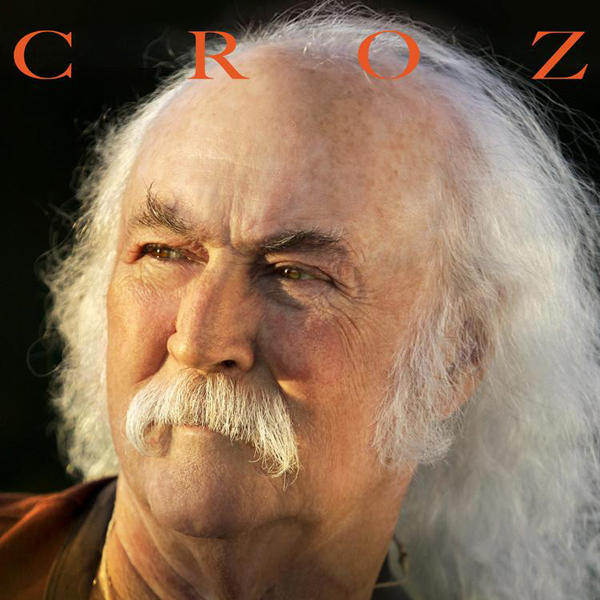 After 20 years without releasing an album, the legendary David Crosby has finally returned with his new release, “Croz.” For those unfamiliar with the man, Crosby is the founding band member of two legendary bands — The Byrds and Crosby, Stills and Nash — that have contributed greatly to the world of music. Not only have both bands been inducted into the Rock and Roll Hall of Fame, countless rock artists and singer-songwriters arose as a result of their success and influence.

Crosby is a veteran musician, and it shows with “Croz.” The album has the distinctive sound of a talented musician who has culminated all his years of music into one poetic piece. “Croz” is somber, reflective and an overall beautiful album that is defined by elements of folk and jazz. Piano plays a significant role by providing strikingly heart-dropping, jazzy chords that complement Crosby’s soft-yet-powerful voice. This aspect of the album is clearly evident in the track “Slice of Time,” which makes me feel like I am walking down the street of an empty city in the middle of the night, all in the pouring rain. The downcast piano chords succeed in creating the atmosphere of nightlife in a barren and lonely city. It is a powerful track with an appropriately given title, absorbing the listener into a single slice of time where heavy hearted citizens reflect upon their lives.

Other standout tracks include songs like “The Clearing,” which has deep resonating guitar chords coupled with incredible riffs that complement each other brilliantly. Other tracks such as “What’s Broken” and “Radio” stand out with their memorable choruses and smooth, easy-to-listen-to instrumentation. The album is given even extra flavor and artistry with its implementation of other instruments including synths and a big stringed bass.

Amongst all these great musical qualities, it is impossible to avoid mentioning the profound and heartfelt lyrics throughout the entire album. Lines like “This kind of love don’t need a home / This kind of heart beats all alone” thrust listeners into deep sadness while others like “You are the captain and this is your ship” encourage and inspire. At 72 years of age, Crosby has much to sing about, and he does in the most deep and poetic way possible. Even apart from the masterful music of the album, the lyrics alone are emotional and thought-provoking and can be analyzed over and over through multiple listens.

Despite such praiseworthy qualities, I do have one critique: I felt myself wanting something more from the album. For lack of a better explanation, I felt the album was missing a slightly more groundbreaking quality that would have elevated “Croz” to a higher level of greatness. By this I simply mean that “Croz” does not deliver much musical innovation, which you might expect from such a talented artist. Instead, “Croz” is an album that exemplifies folk and jazz at its very best without bringing anything significantly new to either of the genres. Experimentation may not have been Crosby’s goal, but nonetheless, the end of the album had me craving something a bit more.

However, this mild complaint should not discourage listeners. Overall, everything comes together to create a piece that has a primarily melancholy and reflective tone. Unlike many other albums, “Croz” is quite easy to listen through in one sitting and is most definitely worth listening to multiple times in its entirety. It is a somber and poetic album that has much to offer, especially to anyone who is a fan of David Crosby’s previous works, including music by The Byrds and Crosby, Stills and Nash.