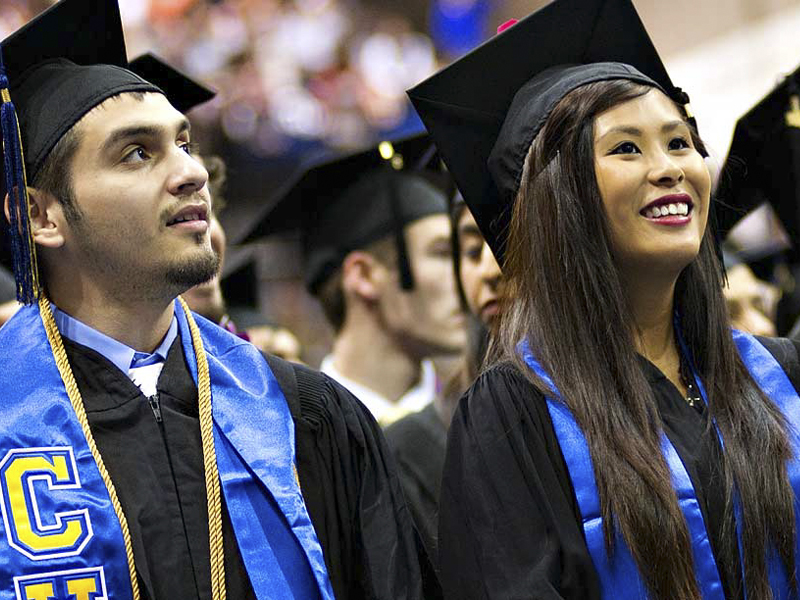 As waves of class enrollment open up from Feb. 10 to early March, UCR students are once again heading into the class-hunting season. In a big break from the historical 16-unit cap constraint, the first pass enrollment unit cap is set to increase to 17 units effective this spring quarter of 2014.

In response to Gov. Jerry Brown’s call last May for the UC to increase its comparatively low four-year graduation rate, Executive Vice Chancellor Dallas Rabenstein appointed eight faculty and staff members to form the Graduation Rate and Retention Task Force to identify factors that may have potentially hindered students from graduating in four years.

The task force, which met from June to December of last year, found that the 16-unit cap is largely responsible, among other factors, for delaying the graduation rate.

The unit cap was originally implemented as a preemptive measure to prevent juniors and seniors from “course shopping,” or signing up for excess courses that they intend to drop later on. Since course shopping would create a major class shortage for underclassmen who sign up for classes at later times, 16 units was chosen as the limit to ensure that all students have an equal opportunity to sign up for a full load of classes every quarter.

However, the 16-unit cap created an adverse effect that prevented students from all class levels from enrolling in sufficient units as well. Vice Provost Steven Brint, lead investigator of the task force, explained that though the majority of classes offered on campus are four units, there are a handful of courses that are five units. Under the 16-unit cap, if a student wishes to sign up for a full load of four courses, with one class being five units, he or she would be forced to either put off the five-unit course until the second enrollment period arrives, or drop another class and wait to see if the class still has remaining spots after everyone has enrolled.

“Our study found that an average undergraduate student at UCR takes 13.8 to 13.9 (units) per term, but you need to take 15 units per term to graduate (in four years),” said Brint. “We thought if we raise the cap to 17 units, students would be able to take three four-unit classes and one five-unit class. That would give them so much more flexibility in planning for their course schedule. So it seems like a really good idea to increase the cap to 17 units.”

According to CHASS Dean Stephen Cullenberg, the 16-unit cap also falsely reinforces the mentality among students that taking three courses per quarter is the norm.

“Students on average think it is OK to take three courses (per quarter) and not four. And many take three,” said Cullenberg. “One of the overall goals of the task force was to change the norm, so that students take four courses on average.

The proposal of increasing the unit cap to 17 units went through the Office of the Executive Vice Chancellor and the Dean’s Council, and was finally endorsed on Jan. 28, 2014.

CHASS senators, such as Sandy Saly and Shadi Matar, had long advocated for the cap increase in their discussions with Cullenberg. Pleased at its final enactment, Saly said that “just one unit can really make a big change.”

“The unit cap was a problem for me throughout the whole year. I recognized the problem firsthand because I went through it. But then I started realizing that it wasn’t just me, but a lot of other students experienced it as well,” said Saly. “Even though it’s not going to help me now because I am graduating after spring, I’m still very excited that my constituents can be benefited from this implementation.”