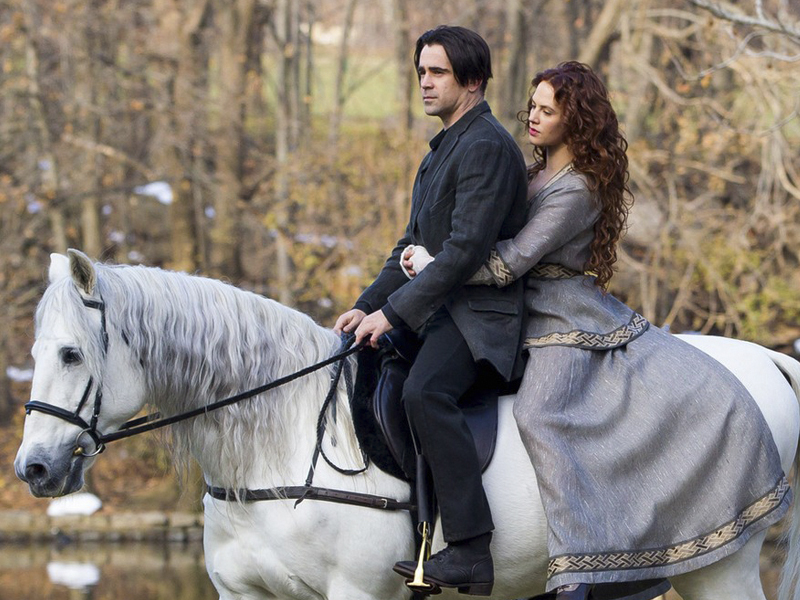 From “The Notebook” to “Sweet Home Alabama,” romance films have always been predictable. The romance is the same, the pursuit is the same and the lovers always seem to have the same personality. Nothing is complex, and everything is straightforward. “Winter’s Tale” is the exact opposite. Based on the 700-page bestseller by Mark Helprin, Martin Scorsese even said that this novel was too complex to adapt to the screen. In a way, he was right. In his directorial debut, Akiva Goldsman tries his hardest to include all of the metaphors and symbolism involved in the text — but this film was just 118 minutes of trying to sort itself together, and never quite succeeding.

After a brief prologue, the audience is introduced to protagonist Peter Lake (Colin Farrell), who is on the run after he split from his gang and their malevolent leader Pearly Soames (Russell Crowe) in 1916 New York. In addition to being a Tony Soprano wannabe, he also happens to be a demon who takes orders from Lucifer himself (Will Smith). After being confronted by his ex-gang, Peter escapes with the help of his magical flying horse, who urges him to rob a house one last time. It is there that he meets the lovely and enchanting Beverly Penn (Jessica Brown Findlay), who is not only drop-dead gorgeous but also happens to be dying from consumption. After she dies in his arms, Peter falls over a bridge and is left for dead, until he suddenly appears in present-day New York without any memory of his past — almost one hundred years later. All of this is just enough to make it sound cheesier than a Lifetime movie.

While it does have plenty of cheese to go around, Farrell is stunning in his role. He may never be an action star, but he constantly proves to everyone that he is a great character actor. His facial expressions and emotions make the viewer forget about the weak dialogue because of how real he looks. His chemistry with Findlay felt so real in every scene they were in together, as though they actually had real feelings for each other. That chemistry, mixed with the film’s stunning cinematography, made the first half of the film truly magical. Goldsman made sure that the film looked stunning, and he succeeded. Their dance together at a ball and their first and only sexual encounter are just two examples of beautifully done scenes. The way that the light just makes the colors burst makes the whole film feel like a work of art. The chemistry and cinematography were the only things that were memorable. Crowe’s role was overdone, with most of his lines being yelled or spat in a very cringe-worthy Irish accent.

But what was the most forgettable was the second half of the film. As soon as it started, the magic that was present in the first hour disappeared. While the filmmakers spent a good amount of time making 1916 have that fantasy feel to it, 2014 felt boring. I completely forgot that there was magic prevalent in the film because of the complete lack of it until the last 10 minutes. 2014 also brought new actors to the screen who seemed out of place. Jennifer Connolly was forgettable in her role of Virginia, a woman who tries to help Peter overcome his amnesia. While the ending was vital, the second half could have been handled better so Connolly would have had room to expand on her role. The only good part of this storyline was Ripley Sobo, who was adorable and heartbreaking in her role as Abby, Virginia’s cancer-stricken daughter. While Connolly brought boredom whenever she stepped on screen, Sobo just made everyone try to hold their tears back whenever she spoke.

Setting up this universe was the most difficult of all. There was so much to take in that it felt too overwhelming at times, partially because the supernatural elements in this film are too complex and difficult to easily put on the table for the audience to understand. Magical animals appear to help the protagonist, people are able to become stars when they die and demons appear in human form to prevent Peter from making “miracles” happen. According to the universe of the film, “inside each of us is a miracle, a miracle intended for one person alone.” These “miracle-making” powers that Peter possesses are confusing, but it was touching and interesting to finally see his powers at work at the end of the film.

While this film was not executed well, Goldsman did everything he could. With such a dense text used as source material, it would have been almost impossible to create something perfect. But with Farrell as the leading man and stunning cinematography, at least this film was nice to look at for two hours.