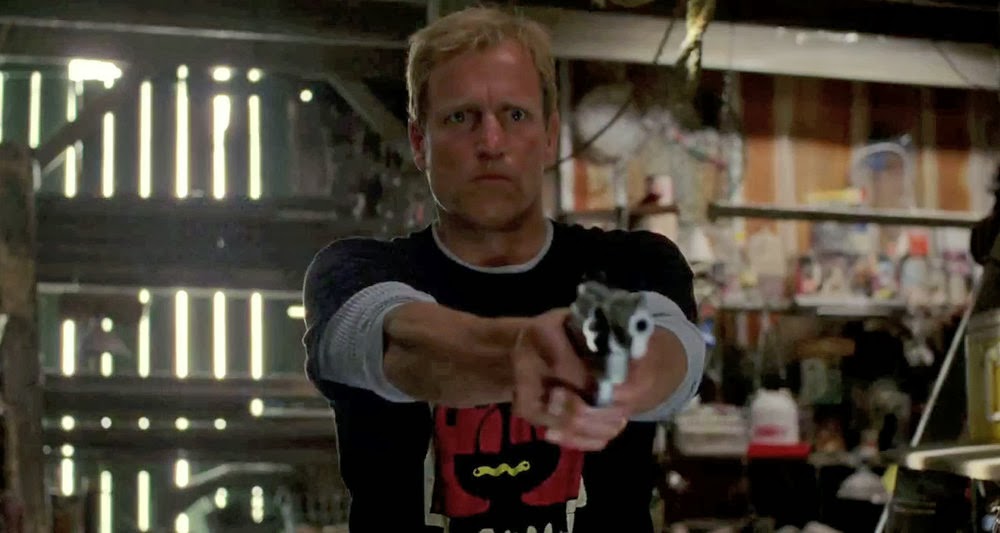 This week’s episode of “True Detective” officially makes it the most unique detective narrative I have ever witnessed. Time becomes the ultimate motif in this episode, titled, “The Secret Fate of All Life,” as the philosophical Rusty Cohle (Matthew McConaughey) introduces his view on fate and how everyone is reincarnated to relive their lives over and over again in a continuous circle. The entire episode seems to revolve around the idea that things never really change, and are more circular than linear. The ending leaves even more questions unanswered — while at the same time feeling completely satisfied.

We begin right where the story took off last week. Cohle has Ginger introduce him to the cook’s assistant, who works for the killer, Reggie LeDeux. Cohle still looks absolutely strung out. Three days’ worth of blow excretes from every pore of his sweaty face. Both he and Marty Hart (Woody Harrelson) are trailing the man who works with LeDeux until they reach the compound of his cookhouse, lined with grenade booby traps. But instead of taking the normal narrative structure of a detective show, where they call in backup and catch the killer, “True Detective” takes a unique and thrilling departure.

The structure of the first part of this episode goes back and forth between our deputies being questioned in a deposition following catching the killer, and witnessing how they arrest the two men on the compound. We jump from Hart and Cohle talking about a gunfight before shooting the killers — to seeing what really happened. LeDeux is cuffed on his knees, and no bullets have been spent. Hart then discovers two children — one dead, one incredibly emaciated, but alive. In a decision as quick as choosing which apple to eat, Hart walks outside toward LeDeux and blows off half his skull.

In the next scene Cohle is interviewed about being hunkered behind a decrepit boat in the gun fight. We go back to what actually happened and Cohle begins creating the scene, shooting an AK-47 in the woods, where he places the bodies of the criminals. In his words, the two detectives rescue the child and are named heroes. This is a very unique and rewarding structure, leaving the audience feeling satisfied but wondering: How heroic are these men, really? Instead of keeping our detectives on a pedestal, this show leaves you questioning the way the arrest went down. How far will the lie go for these men?

So, the season is over, right? The killer is caught. Even Hart is staying sober and talking to his wife again. But this season consists of eight episodes, and we’re only on number five. This is where “True Detective” really departs into its own genre; in a beautiful scene, we watch Hart’s two young daughters fight over a tiara with ribbon in the front yard before it gets tossed and caught in a tree. The camera zooms in on the tiara as the ribbons tear and fall away before it pans out to a 16-year-old girl in plaid red pants getting out of a truck with a beer in her hand — Hart’s oldest daughter. And just like that, we’ve traveled almost eight years in the television show. This dramatic change is startling, but also seamless, and once again we are reminded that this show is about the people affected by the murders, not the deaths themselves.

I did have one problem with this jump, though. The first five episodes were very involved with the falling apart of Hart’s marriage, and yet the show takes this jump in time and they are living together again. Though it appears that it is still a very strained marriage, it also feels like a slightly cheap trick to just put them back together without witnessing Hart’s transformation to win back his wife.

Both McConaughey’s and Harrelson’s acting is superb as ever, but this episode is all about the writing — and more importantly, the plotting. For many series, this season would have been two complete seasons because a whole new man hunt is slowly unraveling after they killed the murderer. We end with the two detectives in 2002, when Cohle gets called in to force a confession from a criminal. The criminal mentions the Yellow King, Carcosa, and how he never really caught the real murderer. Cohle becomes possessed once again and opens up the investigation.

We then go back to the original deposition in 2012, and the two detectives interviewing Hart introduce a new idea that Cohle is behind the murders. They ask why Cohle was always able to figure out every clue, be one step ahead and not make a single mistake. We are left wondering if Cohle really is behind the murderers and whether or not Hart is going to begin helping the investigation toward this new possibility. I’m still finding it hard to believe that this is only five episodes into a single season, and cannot wait until the next episode.