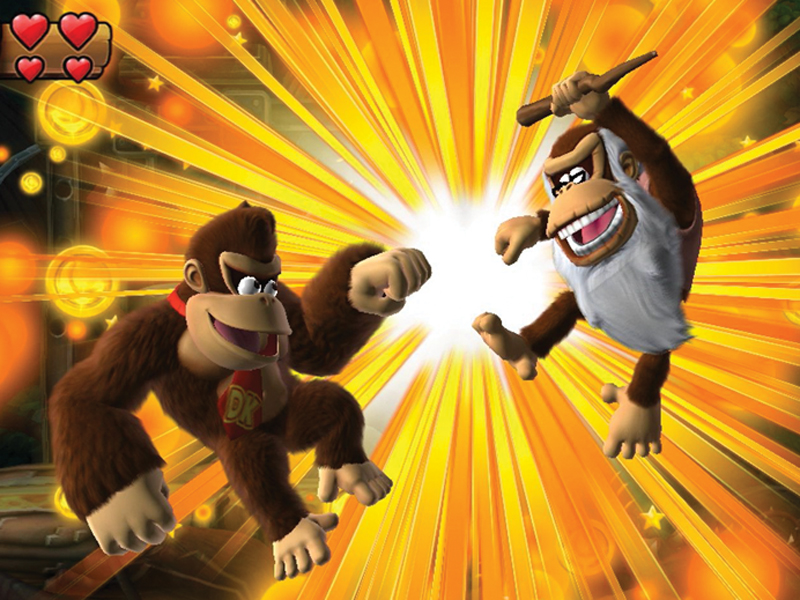 Warning: This game is not for the faint of heart — it will drive you bananas. “Donkey Kong Country: Tropical Freeze” is the sequel to Retro’s beloved “Donkey Kong Country Returns,” which was infamous for its difficulty. I am glad to report that the difficulty level has not decreased. You will have to jump from platform to platform, rolling and stomping your way through some of the most difficult levels seen in recent years. If you are looking for a challenge, this may be the perfect game for you.

This time around, Donkey Kong Island has been invaded by crazy magical ice vikings. These aren’t normal vikings, but rather a bunch of penguins lead by a walrus king. Donkey Kong must find a way to take his island back.

What does this crazy ape offer? The most important part of a platforming game is, well, the platforms. The level design challenges you from beginning to end. This game has that in spades. You will be faced with impossible jumps and placement of enemies that will challenge even the most experienced players, forcing you to move at a frantic pace. Just like in the first game, you are accompanied by Diddy Kong, who tags along and rides on your back, allowing you to float for a period of time with his jetpack — a new way of traversing each level. Diddy also adds two hearts to the two that Donkey Kong already starts off with.

Of course, Retro had to step it up with the sequel, so now there are two new friends to choose from. These choices allow different types of play styles that can accommodate different people. First you have Dixie Kong, who you can join to float through the air like Diddy Kong, albeit for a much shorter timespan. What is so special about her is that she floats upward, allowing you a sort of double jump. Then there is Cranky Kong. This old Kong is not as nimble as the other apes, so he must use his cane.  You use the cane as a pogo stick, allowing you to traverse the floors which would previously have damaged you. To make it balanced, he does not offer any floating, making him pretty difficult to master. My only issue with the new characters is that, although each one adds a new way to play, the levels are not designed in a way that uses each character to their full potential.

Despite the game’s name, it is not all tropical or frozen. In reality, there are only a few worlds with these themes. There are six themed worlds in the game and each one has eight levels with a boss at the end. For instance, in one world you play in the Savannah, where giraffes are dancing along to the music, and a breezy cove where you get to ride a rhino. It is obvious that the developers had some fun with their choices. One of the craziest moments I had was jumping on a giant popsicle that was hanging upside down while it was sliding off the stick. It is this sort of creativity that makes the game such a joy.

The true highlight, however, has to be the incredibly large and dynamic boss fights. Each boss is a giant animal that matches the theme of the world. The bosses force you to think outside the box and use all of your platforming experience. They are pretty wacky, too — ever seen a polar bear with a hammer? No? Well, you will once you play this.

There are even options for the less-experienced that decrease the difficulty, so everyone has a chance to enjoy the game. You can purchase balloons that save you if you are falling to your death or get an extra barrel that allows you to add your partner at any time, as well as a balloon that gives you extra air underwater.

Not all is good in the tropics, however. The level design is fabulous, but there are only six worlds to explore. As a full-priced game, the value factor just may not be there. Despite the length of the adventure, each level includes two different collectibles, puzzle pieces that unlock images to be looked at later and letters spelling K-O-N-G, which unlock a new world once all the letters in each level are collected — not to mention the hidden levels in each world. So, for those that are dedicated enough, it could be a much longer adventure.

“Donkey Kong Country: Tropical Freeze” is undeniably fun, but it doesn’t add much from the original and its gameplay length is super short; whether that is enough is up to you. It does not add anything new to the genre, but it is more Kong, which to some may be good enough.