Highlander
Home Opinions Economic sanctions by US, allies, is the safest route to fight Putin 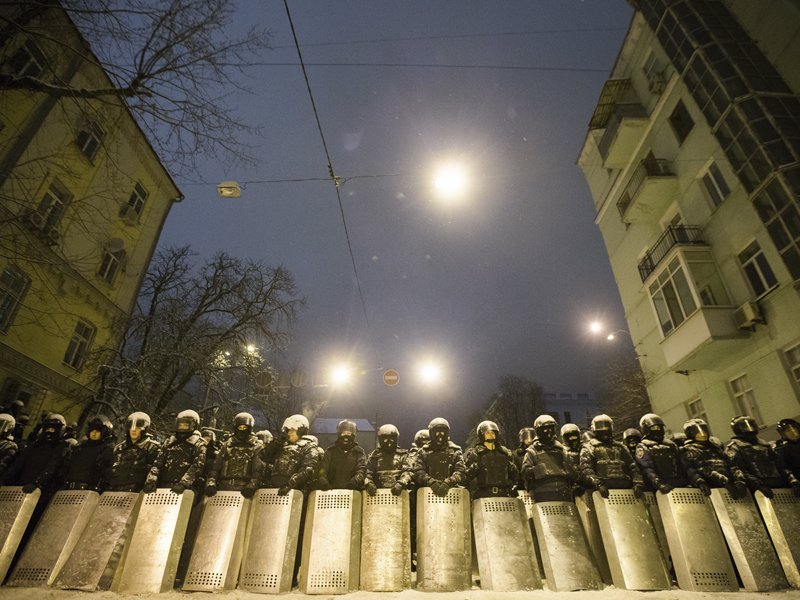 Putin’s recent gains in Crimea are bad news for everybody — some are even calling this the beginning of another Cold War between Russia and the West. It almost looks to be the case, given that Putin is pulling several different strings in this conflict, from claiming that the Russian-speaking people of Ukraine must be defended by Russia to his otherworldly denial that the troops in the Crimea are not Russian soldiers.

But there’s a way out of this mess, a strategy that could work on all fronts to avoid another cold war or a quick and deadly war of aggression between anybody with the spine to fire a shot against Putin’s Russia.

The strategy would have to be effective in changing Putin’s mind over what Secretary of State John Kerry has called “19th century” military tactics in regard to the current situation. Here’s what must be done:

One: Cross off a militaristic approach

A war between the United States and its allies and Russia would be horrendous. The numbers say it all: We would clearly defeat Russia in a conventional war (and that’s without the added bonus of both sides making a nuclear wasteland out of Earth 10 times over). We tower over Russia in terms of both pure military manpower and in the amount of spending in our defense budget. That does not mean that defeating Russia in a military conflict would be an easy feat — the campaigns of Hitler and Napoleon say otherwise. What should be done by our leaders is anything but a full-out attack against Russia in retaliation. According to most of the media, not a single death has occurred since Putin’s incursion — the world should keep it that way.

Two: Europe: the stick in the mud

There’s little risk to our economy if President Obama and Congress decide to throw our own sanctions against Putin. But that’s like a kid deciding not to take a quarter he sees on the sidewalk. The biggest player here against Russia would have to be not us, but Europe. Russia is the European Union’s third largest trading partner, behind America and China. Russia also happens to be Europe’s single biggest supplier of energy. One must keep in mind that the European Union’s economy is just barely starting to recover, especially regarding how Germany, the strongest stable economy in Europe, is the most dependent on Russian energy exports. If our American leaders decide on creating sanctions against Putin, then the EU needs to also go through on the sanctions as well.

Three: As the ruble falls, the crowd roars.

In the long run, economic sanctions against Russia will severely damage the ruble, Russia’s currency. The damage done is a simple equation: Limited goods in Russia’s economy will cause inflation, while the ruble will deflate in value, given that Russia will not be trading with the U.S. and Europe, its two biggest trade partners. As the ruble plummets in value, the small but growing anti-Putin populace in Russia will grow at an increasing rate.

This might seem like the riskiest part of the plan, but keep in mind that Russia’s situation will slowly but surely turn into that of the Russian Empire in its pre-World War I years, where a stale and stagnating economy led to a communist revolution in 1917. Another revolt would not be driven by communism, of course, but the fact that Russia’s populace would be suffering at an increasing rate would hurt Putin; and remember, Putin’s nearly obsessed with public image (have we ever had any presidents stage shirtless calendar photos? I didn’t think so). No matter how powerful and charismatic you are as a ruler, you cannot rule your country without your population’s support. The slow and painful fall of the ruble will do permanent damage to Putin’s seat of power. Many might see this as the West interfering in Russian affairs, and technically that is true. Russia’s claim to the Crimea is in itself a direct act of interference in Ukraine, so the West cannot hesitate to do the same, simply in a different manner.

If Putin possesses enough intelligence to pull out of Ukraine’s domain before we begin our sanctions, he will want to compromise on many issues. Fortunately for us, there are indeed many issues that our and Europe’s leaders would be more than willing to talk about with Putin. They can pick and choose from the Syrian civil war, how to deal with Iran’s nuclear program, and the largest deal on the table: better ways to combat terrorism in the world. There would be much to pick and choose over regarding a potential compromise; it would simply be a matter of Putin swallowing his pride.

In an age where a declaration of war from two opposing sides results in World War III, the best action to punish Putin by are sanctions. They would hit harder than bullets while killing none.