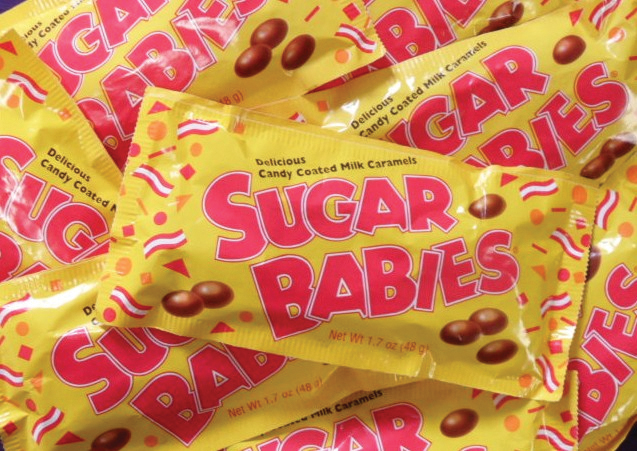 Tuition has skyrocketed, the job market is tough and young college-age women are finding it hard to pay off school loans. It’s no easy task to balance a part-time job and rigorous college courses. So many damsels in debt are turning to sugar-dating — that is, trading their company (and possibly sex) for financial support from older, wealthy men.

A young beauty dating a rich benefactor is nothing new — but sugar daddy relationships have been revolutionized through the use of online dating websites. Now, sugar babies find their sugar daddies almost exclusively through the Internet on websites like SeekingArrangements.com.

There are several other websites that serve as a way for sugar babies and sugar daddies to connect, but SeekingArrangements is by far the most popular. The website is particularly heavily populated with college students — in fact, there has been a rise from 38 percent to 58 percent of college women contributing to the 800,000 members since 2011. That means approximately 464,000 women attending universities all across the country are using the Sugar Daddy Scholarship to pay off student loans or general bills through this one website alone.

Some argue that this is the definition of prostitution, while others stress that it is not a sex-for-money transaction, but rather an equally beneficial relationship — a young attractive girl gets financial support while the older gentleman gets good company, arm candy and maybe sex.

Abby, a 19-year-old university student and self-proclaimed sugar baby, told Cosmopolitan magazine her story, describing how after joining SeekingArrangements.com, she entered a world of luxury. She went on several dates with different sugar daddies, who took her on exotic vacations, showered her with expensive gifts and offered to contribute to her college funds.

But she was also expected to hold up her end of the deal.

Abby stressed in her Cosmo interview that she only slept with the men she was attracted to, but if she didn’t have sex with her sugar daddies, they usually broke off the “arrangement.” Sex itself is not mandatory for sugar babies, but it does seem that it is expected.

Melanie Berliet, a woman who documented her sugar baby experience for Vanity Fair, verified on an ABC broadcast that “most men expected some sexual relationship,” and said she was directly asked by sugar daddies if she would do the deed.

ABC also interviewed a sugar daddy named Tommy (last name undisclosed)  who, when asked if he would pay his sugar babies for companionship if no sex was involved, answered with a flatly honest, “No.”

This raises the question of whether or not the term “sugar baby” is a candy-coated way of saying “prostitute.” After all, they are offering a service for money, and that service tends to involve sex.

However, many sugar babies don’t see it this way. They argue that they are being paid to “date” these men, not have sex with them. It is not just a “wham, bam, thank you ma’am” meet-up and exchange, but rather a long-term arrangement — it could even possibly be described as a relationship.

Berliet defended sugar babies, saying, “It isn’t like prostitution. It’s more akin to renting a girlfriend.” Sugar daddies want to wine and dine a beautiful woman, they want to show a crowd that they are with a hot young date and they want to spend time with a young, wild college girl. It is arguably nothing but a mutually beneficial, financially funded relationship, and sex just often comes with the package.

So, if we were to look past the stigma that surrounds sugar-dating, are these sugar babies actually being smart and taking advantage of their young attractiveness? Fancy dates, high-class trips, pricey gifts, cash allowances AND paid college tuition? It doesn’t sound half-bad. And if you have mounting school debt, it makes sense why young women would be attracted to the idea of making easy money.

However, sugar babies might suffer psychologically after engaging in such arrangements. A vast majority of them keep their secret sugar life under wraps, and know that they would lose respect from family or friends if they admitted to dating or sleeping with older men for financial benefits. Sara Kamin, a psychotherapist who specializes in individual and couples therapy stated that “the real danger in this kind of relationship comes from the possibility that (sugar babies) may feel that their only value comes from their body, their sexuality or their ability to be arm candy.”

Tommy, the previously mentioned sugar daddy, reinforced this idea by telling ABC reporters, “When you walk into the room and you have a beautiful woman with you, it’s a compliment to you — it’s like pulling up in a really nice car or something.”

One of Tommy’s six sugar babies, Monty, who had her entire tuition paid for by Tommy, broke down in tears during an interview, murmuring, “Sometimes it gets to me to know he is my only form of income and that makes me feel like I’m not doing anything.” It must be somewhat degrading to know you paid your way through school by sleeping with a 63-year-old millionaire. But then again, it did save her from starting out her post-college life in an ocean of debt.

It’s not fair to look at the world of sugar babies as nothing but prostitution with a cuter name — it isn’t defined in such black-and-white terms. The lines of prostitution, gold-digging and sugar-dating may be blurred, but sugar babies don’t deserve such harsh judgment. A lot of them are students just like us, trying out all avenues they can to pay their way through school — and sugar-dating is a legal, viable option to them.

Several sugar babies claim to love their lifestyle and see no harm in it, while others seem uncomfortable and ashamed by their means of income. But whether or not it is wrong, right, harmful or harmless, the sugar baby craze isn’t being put to bed anytime soon.