The crowds of starving students coming back to UCR after spring break are in for a pleasant culinary surprise, because the long wait times and mediocre selection of the PUB has been tossed into the dustbin of history. In its place: the new-and-improved place for hungry students everywhere, the PUB (Panda Union Building). Burritos by Panda is now serving up meals to students in place of Habanero’s (which nobody really liked anyway). Did you know that the full name of Latitude is Latitude 55? Me neither, so it makes sense that Panda Express just did away with it in favor of the chic new name Destination: Latitude: Panda. Need catering for that on-campus event? PUB2Go has you covered!

Perhaps the most eye-catching makeover is that of La Fiamma, now called Pizza by Panda. Isolated in the corner of the PUB, La Fiamma could be easily ignored by passerby, but that’s no longer possible. Giant signs depicting cartoon pandas holding half-open pizza boxes dangle from the rafters. Bolded arial letters announce to everyone passing by, “Eat at Pizza by Panda!” and “Pizza by Panda wants you!” as their magnetic eyes pull students deeper, closer, into the comforting and fuzzy embrace of the panda.

Between the tempting scent of freshly made goodness and the colorful signage, it is simply impossible to avoid stepping foot in the PUB without being drawn to Pizza by Panda like pandas are irrevocably drawn to delicious sprigs of bamboo. Pizza by Panda has kept the circular architectural design of its predecessor, but the boring brownish-yellow tiles splattered across the counter are now brighter, featuring adorable pandas gleefully ripping apart slices of pizza with maniacal eyes in a hunger-driven fury. The column in the center of the place has been repainted to celebrate the magnanimity of our new panda overlords, with panda silhouettes frolicking in the light of a rust-colored sky and a low-hanging sun emblazoned with the Panda Express logo, its rays shining out throughout the PUB to caress the faces of students.

Simple pasta and cheese pizza are no longer staples of the menu here. Boring refuse has no place on Pizza by Panda’s menu, and lily-livered folks terrified of progress and innovation should stick to oatmeal and Cheerios. Instead, Pizza by Panda has provided UCR with a unique Chinese-Italian fusion cuisine that puts five-star restaurants to shame. Among their pizzas is the Packed Panda, which overloaded my senses with its divine flavors and consummate mix of ingredients. I couldn’t help but drool as I saw the juicy marinated beef, making me almost forget about the glistening honeyed shrimp intermingled with the plumpness of fresh green broccoli, the sheen of salted cashews and the nearly bursting bell peppers, all nestled atop a glorious spread of melted cheese. My eyes glazed over as I took the first bite and deliciousness enveloped my palate. The sweetness of the shrimp and the salt from the cashews were a whirlpool of flavor in my mouth. Although I wanted to slowly savor each gourmet moment, the slice of pizza was quickly devoured in an ecstatic frenzy, bits of crust flying in the air. I dove down to the floor to grab them — wouldn’t want perfectly good food to go to waste.

As soon as I finished, I knew I had to come back for seconds. It was a difficult decision, but I ordered the Pizza Pandanifolia, advertised as “a vegetarian option for the panda in you,” with bell peppers, sliced onions, zucchini and bamboo shoots sprouting from a bed of pesto sauce. At first, I was skeptical that such a mishmash of ingredients would prove to be a worthy group of ingredients to follow the Packed Panda. But I was a fool to doubt the impeccable skill of the chefs at Pizza by Panda. The crunch of the zucchini and the onions were the delectable hallmarks of this superb pizza. The metaphorical cherry on top was the subtle earthiness of the bamboo shoots, which added dimensions of flavor beyond that of your traditional veggie plate, moving it from excellent to sublime and making me feel as if I truly was a panda foraging for bamboo in the wilderness. I let out a low, guttural growl of pleasure that turned heads throughout the PUB. But I didn’t care. I had eaten this, my daily panda, and I was awash in the feeling it brought to my hands and the solace it brought to my soul.

After two rounds, I was nearly full to bursting, but the Pandorange lured me back in with its promise of dessert-like sweetness to balance out the previous dishes. Small, bite-sized chunks of orange chicken were mixed in with cubes of pineapple and eggplant atop pizza dough lathered with sweet-and-sour sauce. As my teeth sank into the slice, I instantly realized that I had made the right choice and began voraciously ripping it apart, much as a panda would not hesitate to dismember a human whose presence defiles the panda’s sacred home. Oftentimes, restaurants layer on the sugar, mistakenly believing that more is better. The Pandorange instead offered a delightful blend of sweetness with tanginess from the pineapple and sauce. I later felt dizzy and nearly fainted (a check with my doctor confirmed that I had come down with instant diabetes) but that is a small price to pay for such a marvelous pizza pie.

Given the success of Panda Express in transforming the expensive and boring Honor Roll sushi bar into the boba-serving and on-the-spot sushi-making Sushi by Panda, Pizza by Panda is a no-brainer. Inviting Panda Express to take over dining is just the decision UCR needed to make to spice up the lackluster food offerings that have been forced onto students for years. Panda Express has shown that it knows how to run a successful business and it would be heretical to imagine that the PUB’s newest acquisition will do nothing but earn lots of money for Panda Express. And even more students will find their way into the arms of the panda, and learn of the sheer delight a slice of Pizza by Panda can bring. 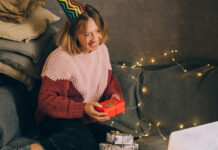 Campus Cope: It’s still possible to embrace the holiday spirit during the pandemic — here’s how 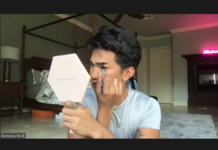 Questioning your gender identity? The LGBT Resource Center and Dr. Alexis Ungerer are here to help