Highlander
Home April Fools Away from the Swamp: Why the soundtracks of Shrek 1 and Shrek... 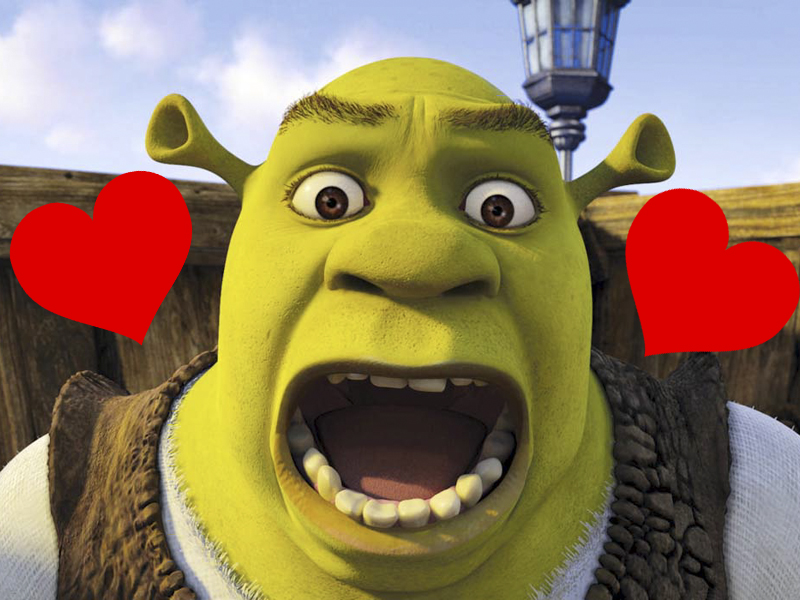 As I walked around Far Far Away Record Store, wallowing in the thought of never seeing our beloved Green One again, I suddenly heard a sound. “Somebody once told me the world is gonna roll me,” the words proclaimed. Now, the Green One had certainly rolled me before, but I couldn’t be sure. As the words continued with, “I ain’t the sharpest tool in the shed,” I knew at once they were talking about the shed in my swamp, and my eyes started ogre-flowing with green tears. Shrek is love. Shrek is life. I ran over to the soundtrack section and found his ogreness’ first two soundtracks.

I immediately ran to the counter to buy them. Neither Lord Farquaad nor the Fairy Godmother could stop me. The first soundtrack’s songs revealed themselves to be as multilayered as both onions and the dear Green One. Smash Mouth’s cover of “I’m A Believer,” written at first as a secular pop song, was the band’s pledge to kick everyone out of their swamp and declare their reverence for Shrek. Evidence shows that the cover converted at least Shrek’s trusty steed,  Donkey, as he sang the song at the end as well. The song “Like Wow!” also declares its loyalty as it says, “Everything looks bright / Standing in your light / Everything feels right.” Shrek is love. Shrek is life.

The second soundtrack’s songs truly were the Puss’ Boots. More homage was paid through a cover of “Changes” as the lyrics proclaimed, “Strange fascination, fascinating me / Changes are taking the pace / I’m going through.” Butterfly Boucher, who covered the song, was ogreviously fascinated with the changes Shrek had to go through to navigate the Kingdom of Far Far Away, convert Fiona to Ogreism and complete dedication to Shrektopia and its inhabitants. Shrek is love. Shrek is life.

When I went back to thank the store for spreading Shrekness all ogre the lands, I discovered that the songs were no longer playing in the shop. I ran to the counter to demand why the sweet scent of onions no longer wafted through the building. Shrek is love, Shrek is life, I told them. Variety, they said, variety was needed to attract customers. As I started to put up posters of the Green One and His companions around the shop, they said I couldn’t do it. Private property, they said. Shrek is love, Shrek is life, I told them. Duloc is a more perfect place than this! How dare they shreksult his ogreness.

Next day, I returned to the shop. Shop is permanently closed, it says. Ogriffic smells had permeated the building. They should have checked themselves before they shreked themselves. Peering deep into the back of the shop, I hear “I’m A Believer” faintly playing. Shrek rises, ghost-like but still magnificently green and with swamptastic swagger. He looks directly in my eyes and whispers, “It’s ok, it’s all ogre now,” and instantly, I know it is. Onions sprout and fill the store, and I know my work is done. Shrek is love. Shrek is life.