Highlander
Home Sports From hiking to piano, Nick Vilter is always on top of his... 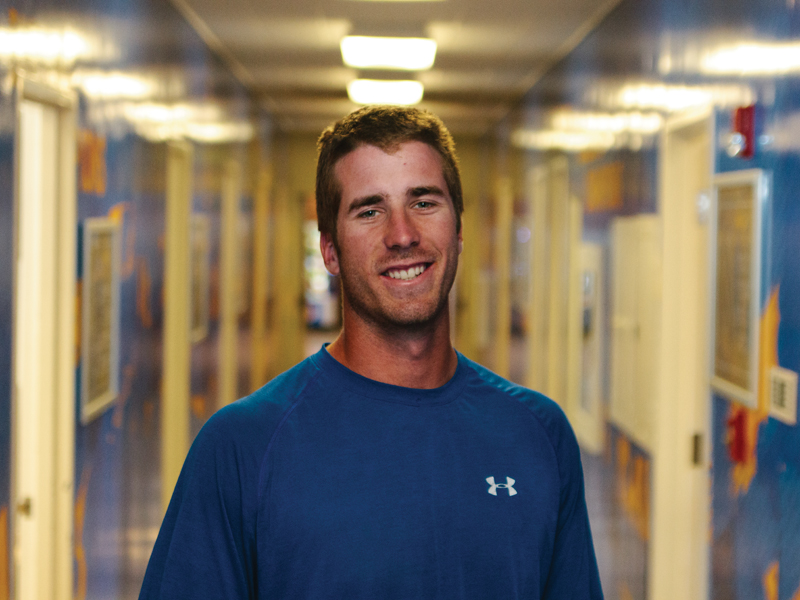 Only four months into the season, UCR third baseman Nick Vilter has made Riverside proud with nine home runs. Running up and down the field, hitting home runs and leading the Highlanders to victory, Vilter has been able to move up the ranks and become one of the most consistent players on the team. Welcomed with a warm smile, I had the opportunity to sit down with one of UCR’s biggest baseball players as he ventured into his daily life, academic studies and play on the field.

During the month of March alone, Vilter recorded 17 hits, 20 RBIs, and five home runs. The junior is also currently leading the Big West tournament, as he was second in home runs per game, first in slugging percentage and was tied for second in home runs overall. Although Vilter is doing great statistically, he believes that he has to keep improving. “You can always improve on stuff. Baseball is such a game of failure, you succeed three out of ten times and you’re considered successful,” he stated. “Just trying to increase your odds with anything you can improve, I think I can always improve on anything.”

With a keen eye and hot bat during the opening months of the season, Vilter was named College Sports Madness National Field Player of the week in March and Budweiser Responsibility Matters Good Sport of the Month in April. “That’s pretty fun to receive. That’s not like one of your goals as you play the game or anything, but it’s nice to be recognized and to do well. It was a big honor for me and to help the team win that week,” explained Vilter.

When Vilter is not on the field, he can be seen studying, reading, enjoying the great outdoors, or even playing the piano. Vilter explained that he loves going to the beach, hiking and fishing — practically anything involving nature. “I really like going to the beach on my off time. We don’t get a lot of it, but that’s one thing I really like to do, just really anything outside, like going hiking, fishing,” Vilter said.

After explaining his interest in nature, I was curious to see what Nick Vilter’s greatest fear was. Taking a moment to respond, he explained, “I really don’t like bears. I don’t know, that sounds weird, but if I go camping a lot, bears freak me out. Pretty much anything that can kill me.”  Laughing here and there, I was able to see who Vilter really is: a hardworking, family-oriented, optimistic individual.

As a student, Vilter is currently a third-year who is pursuing a business administration major with an emphasis in finance. If he was not pursuing a degree in business, Vilter expressed his interest in English. He enjoys writing and reading — not to mention that his mother is an English professor herself. His favorite book is the “Game of Thrones” series. Although baseball season keeps him busy, he takes time to read during the off-season.

When he isn’t reading, Vilter enjoys listening to country music. He clarified, “I haven’t always liked country but I really like how it makes me calm. All the other music is kind of, I don’t know, to pump you up, make your blood flowing like rap or techno or something like that. It’s just a simple message and it makes me relaxed.”

With an insatiable hunger to be on top of his game at everything he does, it’s quite safe to say that UCR has yet to see what Nick Vilter is made of.