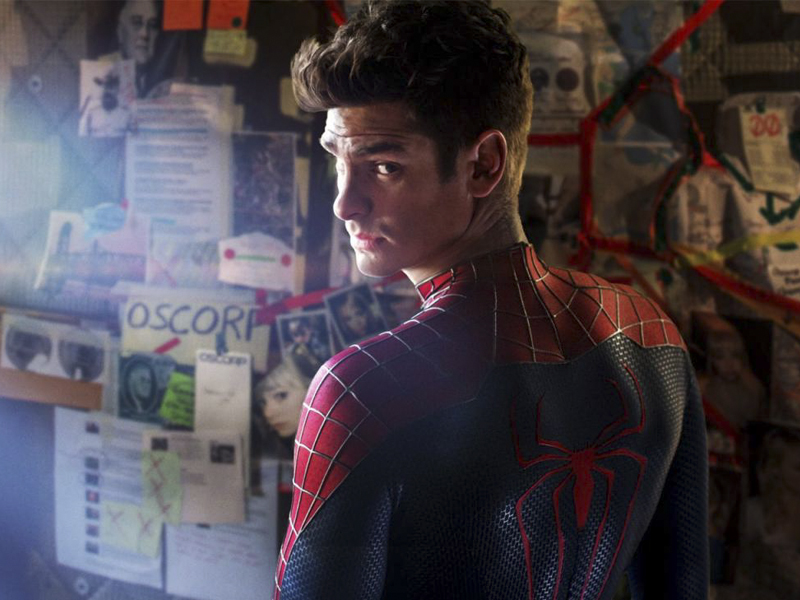 I’ve always been an “Iron Man” fan at heart. The suit, the gadgets and Robert Downey Jr. always have my attention when I’m glued to a Marvel film. Back in the Tobey Maguire days, I thought Spider-Man was okay at best. I don’t know if it was my 9-year-old attention span, but it just never grasped me. However, with the brand-new reboot and a brand-new Spider-Man, I thought this might be a refreshing take. I was half-right. The first “Amazing Spider-Man” was decent, and while the sequel had its good moments, it still felt a little cluttered to me. Regardless, unlike McGuire, Andrew Garfield had me invested in my friendly neighborhood Spider-Man — but not the plot lines surrounding him.

Unlike the first, this film doesn’t beat around the bush when it comes to action. We are immediately bombarded with a reveal of what happened to Peter Parker’s (Andrew Garfield) parents, and then immediately switch to a Russian thief (hilariously played by Paul Giamatti) stealing from OsCorp. But of course, as every teen superhero has to deal with, Peter also has to make his high school graduation in time before his girlfriend Gwen Stacy (Emma Stone) makes her valedictorian speech. However, it’s kind of hard to pay attention when her dead father (Denis Leary) is constantly making scowling faces at Peter from the underworld for not keeping his dying promise to stay away from his daughter.

I’m sort of glad Peter didn’t keep this promise, because his and Gwen’s chemistry really keeps this movie alive. Regardless of the many times they broke up and got back together, they just dominated the screen. Despite people calling the romance “too Twilight,” I feel that was still a nice touch. Sure, there were some campy moments, such as writing “I love you” in webs all over the Brooklyn Bridge, but what film doesn’t have “chick flick” elements nowadays? Stone brings a sort of charm to her role with their constant doe-eye exchanges and looking over her head to see if Peter is looking at her from a distant building (which he usually is). Usually, I would find this obnoxious, but I think that the fact that Stone and Garfield are a real-life couple contributes to the reason why I find them so adorable on screen.

Villain-wise, the film couldn’t keep itself together. The narratives were cluttered and director Marc Webb tried too hard to introduce too many storylines without giving them enough screen time. We get both Electro (Jamie Foxx) and the Green Goblin (Dane DeHaan), but only a slight introduction of the latter. Webb clearly had a lot on his hands already by having Peter solve the mystery of his parents and also battle Electro. I don’t know why they didn’t just wait until the next movie to introduce the Green Goblin. In fact, they shouldn’t have made gestures to future villains in short snippets throughout the film. It was unnecessary and that extra screen time could have been added to developing the Green Goblin’s story further.

Electro is the one who drives the film. Formerly an outcast named Max Dillon, he is an electrical engineer who becomes Spider-Man’s number-one fan after being saved from an oncoming car. Like many people don’t believe that Garfield can pull off a nerdy teen superhero, I can’t believe that Foxx can play an invisible underling with thinning hair and a really bad tooth gap. When he accidentally falls into a tank of electric eels (don’t you hate it when that happens?), he turns into a neon-blue Dr. Manhattan lookalike with the power to harness electricity. His attempt at being a villain felt very awkward to me. Other than a lot of grunts and a couple of really silly one-liners, there isn’t much to expect from Foxx. He tried way too hard to be intimidating and keep his outcast storyline intact, but it didn’t mesh well at all. He would come in and out of the latter so many times that I felt like I didn’t even know who his character was supposed to be anymore.

The one person who didn’t feel awkward as a villain was Dane DeHaan. He plays Harry Osborn, the heir to Oscorp and Peter’s long-lost best friend that we’ve never heard about until now.  Dehaan is quickly becoming the go-to choice for angsty teenager roles from hits such as “Chronicle” or “Kill Your Darlings,” and whether it will become his typecast or not, it suits him extremely well. He was able to make a character look villainous despite having such little material to work with — basically, all we got was a sliver of his past, and all of a sudden it transitions to him trying to fight a fatal genetic disease and then to him wanting to kill Spider-Man. It all felt extremely fast, but his ability to keep me interested through his conniving and his legitimately intimidating tone and body language made me more invested in his plot than Electro’s. It was disappointing that his plot and his introduction to becoming the Green Goblin felt extremely rushed. With the brief introduction of the new villains for the next movie, I don’t know how Webb is going to incorporate all of them when he could barely handle two for this film.

“The Amazing Spider-Man 2” wasn’t totally bad, but it wasn’t very good, either. Chemistry was superb on Stone and Garfield’s end, but that’s where it ends. Foxx’s delivery of a supervillain made me laugh more than shiver, but Dehaan is making a great breakthrough in the villain category, despite the short amount of time he actually had on screen. Perhaps I would consider seeing the third one — but only for him.