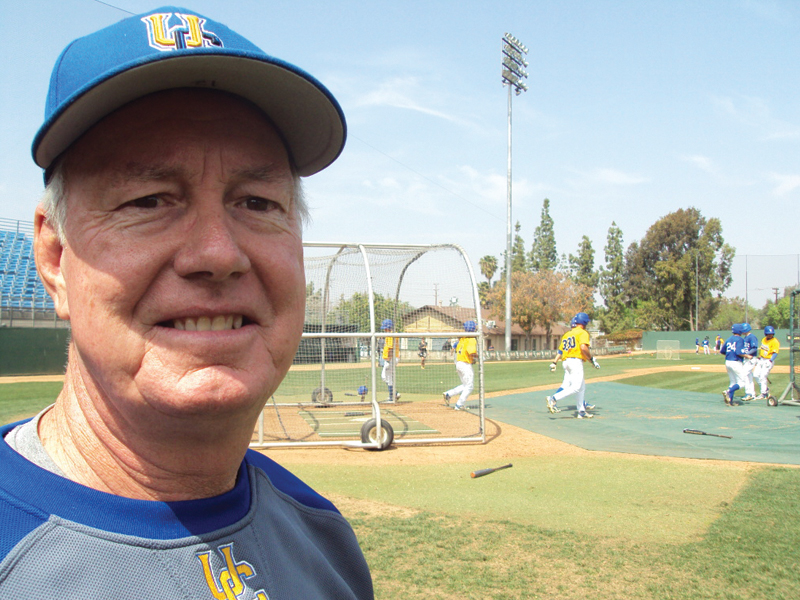 On June 3, 2014, Head Coach Doug Smith announced his retirement from the baseball program at UC Riverside. Smith has been a part of the program for the past 36 years, including the last 10 as head coach. In 2007, he was named Big West Conference Coach of the Year after leading UC Riverside to its first Big West Conference baseball championship and its second trip to the NCAA Division I Baseball Tournament.

Smith started his journey with the UC Riverside baseball team in his junior year back in 1973, serving as catcher for the next two seasons. From 1976 to 1980, he would also serve as a part-time assistant coach to the team while he pursued his master’s at Cal Poly Pomona. During that time, the UC Riverside baseball team also won their first two national championships.

Nearly 150 of his former players have been signed to Major League teams and three former Highlanders have even won World Series rings.

“I’ve been honored and privileged to be a part of UC Riverside and the Highlanders baseball program for 36 years,” said Smith in an official statement, “and during that time I have been fortunate to be surrounded by great mentors, great peers and great student-athletes. I have been a very lucky man. I look forward to continuing my relationship with UC Riverside Athletics, this time as a fan and supporter.”

“In addition to being a tremendous leader on this campus and in our department, he has been a true friend to the Riverside community,” said Director of Intercollegiate Athletics Jim Wooldridge in an official statement. “We are going to miss seeing him (in) the dugout next spring, but he leaves the program in great shape, and the future of UC Riverside remains bright.”

Smith will be missed by players and athletics staff alike. Pitching Coach Bobby Applegate has been named the team’s interim head coach as a national search for Smith’s full-time replacement has begun.