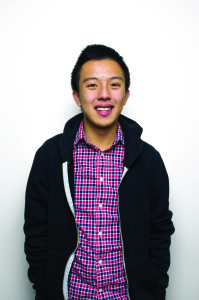 Over the past month or so, the public perception of the National Football League has downward-spiralled into a media circus that shows no signs of slowing down. Multiple star players in major legal trouble? Check. Alleged cover-ups of these situations by high-ranking officials in the league? Check. An inept commissioner who embodies the words “hypocrite” and “power-hungry”? Check.

It all started on September 8, 2014, a fateful morning in which celebrity news outlet TMZ released a video of former Baltimore Ravens running back Ray Rice punching his wife unconscious in a casino elevator. This “newly” released footage of a case that had been ongoing since February 15 sent the league into pandemonium.

Let’s back it up to July 25, when NFL Commissioner Roger Goodell issued a two-game suspension to Ray Rice. Intense backlash ensued when news of the suspension reached the public. How could Goodell, a man known for his harsh punishments on players, issue a mere two-game suspension for someone who knocked his own girlfriend (now wife) unconscious and dragged her out of an elevator?

Things become even more interesting when you look at past suspensions given out by Goodell. Cleveland Browns wide receiver Josh Gordon received a 16-game suspension (now reduced to 10) by testing positive for marijuana and violating the NFL’s substance abuse policy. In 2010, Pittsburgh Steelers quarterback Ben Roethlisberger was suspended for six games (later reduced to four) for an alleged sexual assault incident. Keyword: alleged. There was never any actual proof that the incident occurred and no charges were filed against Roethlisberger.

Seriously? According to Goodell’s logic, hitting a joint would win me unemployment for a year and being accused of sexual assault with no proof would take me out for a quarter of a season. However, if I knock my wife unconscious in an elevator and drag her out by her hair in the name of “self-defense,” Goodell will take care of me and penalize me on par with  players who have made illegal hits in games.

Goodell’s suspension was based on his insistence that he had not seen the TMZ video that was released. However, multiple reports were released stating that law enforcement officials sent the video to the Baltimore Ravens and the National Football League.

If Roger Goodell is going to be the power-hungry, trigger-happy commissioner that we’ve all come to know, he must be more consistent in the penalties that he dishes out. Suspending a player an entire season for a drug offense and two games for a brutal domestic violence offense is laughable.

Do your job, Roger, or get out of the way of someone who can.