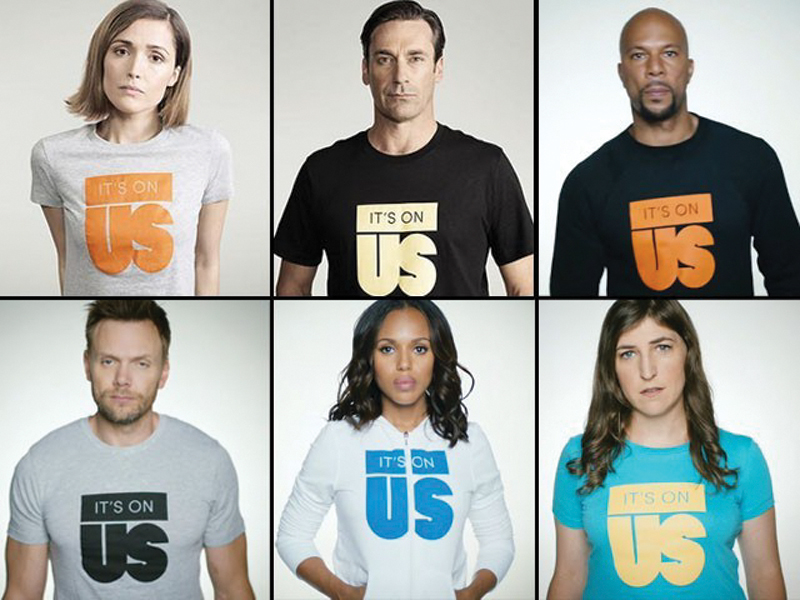 Swarms of anxious and feisty freshman and transfer students are entering our UCR campus with so much anticipation of what these four-plus years will bring. As a transfer student, I was in the same position this time last year. What classes are we going to take, who will be our friends and what kind of lasting memories will be created? Most think of this kind of ever-present possibility with wide-eyed excitement, but the possibility I can’t help ignore is the possibility of a student being sexually assaulted on not only our campus but also thousands of other campuses across the U.S.

Nearly 20 percent of college women and 6 percent of men will be sexually assaulted during their college years. In addition, the Rape Abuse Incest National Network (RAINN) reports that two-thirds of sexual assault cases are committed by someone the victim knows. These are just the reported cases, and many incidents go underreported due to a lack of support, fear of not being believed or blamed, feelings of shame and numerous other reasons.

Columbia University senior Emma Sulkowicz is carrying around the mattress on which she was sexually assaulted throughout campus as a physical and emotional reminder of the trauma she carries with her since the incident. Sulkowicz’s example is indicative of the systematic barriers students have with universities in not only reporting, but in keeping perpetrators accountable for their actions. This is a personal and public reminder of how sexual assault affects students and their ability to be successful in the face of immense and debilitating trauma.

These issues are relevant, especially in light of the recent initiatives from the U.S. government to do more to combat sexual assault on college campuses. The U.S. Department of Education has investigated 55 colleges on their policies and procedures on sexual assault cases. In addition, the Barack Obama administration introduced the celebrity-driven campaign, It’s On Us, and the website Not Alone to provide resources and information on sexual assault as well. They are pressuring colleges to improve policies, procedures and resources for students to access.

The UC Task Force on Preventing Sexual Violence made a number of recommendations for the UC system to implement across all 10 UC campuses, including the creation of a consistent “response team” model at all campuses, implementation of a comprehensive communication strategy to educate the community and raise awareness about UC programs and establishing an independent “confidential advocacy office” for sexual violence and sexual assault on each campus — all by January 2015.

This comes at a time when the California legislature unanimously passed the “yes means yes” law, which still needs to be signed by Gov. Jerry Brown. The law has strict notions of consent, as anything that is not verbally relayed to a partner before engaging in sexual activity will be considered nonconsensual sex.

Let’s talk about consent. Many of us are fuzzy when it comes to this — I know I was. It can be a tricky thing to navigate when alcohol, coercion and a lack of communication are involved. Now, it’s always good to go by these guidelines.

Yes means yes! If sober individuals verbally say they are consenting to having sex, this is a good indicator you’re participating in consensual sex. Now, if any individual in that party at any point wants to stop, even if they previously said yes, that yes becomes null and void. If you hear a maybe or a flat-out no, it always means no. If you are trying to coerce a partner into having sex, this is behavior that would be deemed sexual assault. And when any mind-altering substance has been consumed, under absolutely no circumstance can any sexual activity be considered consensual, unless you and a partner have previously agreed to boundaries while sober, and respect these boundaries later on.

We must not blame or put sole accountability on an individual for sexual assault. Rather, we need to come together as a community to shut down unwarranted behavior. Doing things like making sure your friends make it home safely, intervening when you see a friend or stranger under the influence potentially going home with someone and just being willing to step in when necessary can help us actively combat sexual assault.

As a sexual assault survivor, I know all too well the debilitating trauma, shame, embarrassment and emotional weight an incident can cause. I have tried to reconcile with the emotional and physical violations I’ve experienced. During the weeks following the incident, I wasn’t myself. I was unable to focus, and my personal and academic life suffered from it. I know my experience is all too common, and that’s what concerns me. The normalization of sexual assault and rape in this country is terrifying. Let’s not only break the silence, but break the cycle.

Sexual assault is not just about the people involved, but it’s about all of us. We are a community who share the camaraderie of being a Highlander. We seek connection, trust, respect, compassion and unity. We can combat this issue together. It takes institutionalized regulatory standards to prevent it, but it also takes each and every one of us. Because one victim is too many.