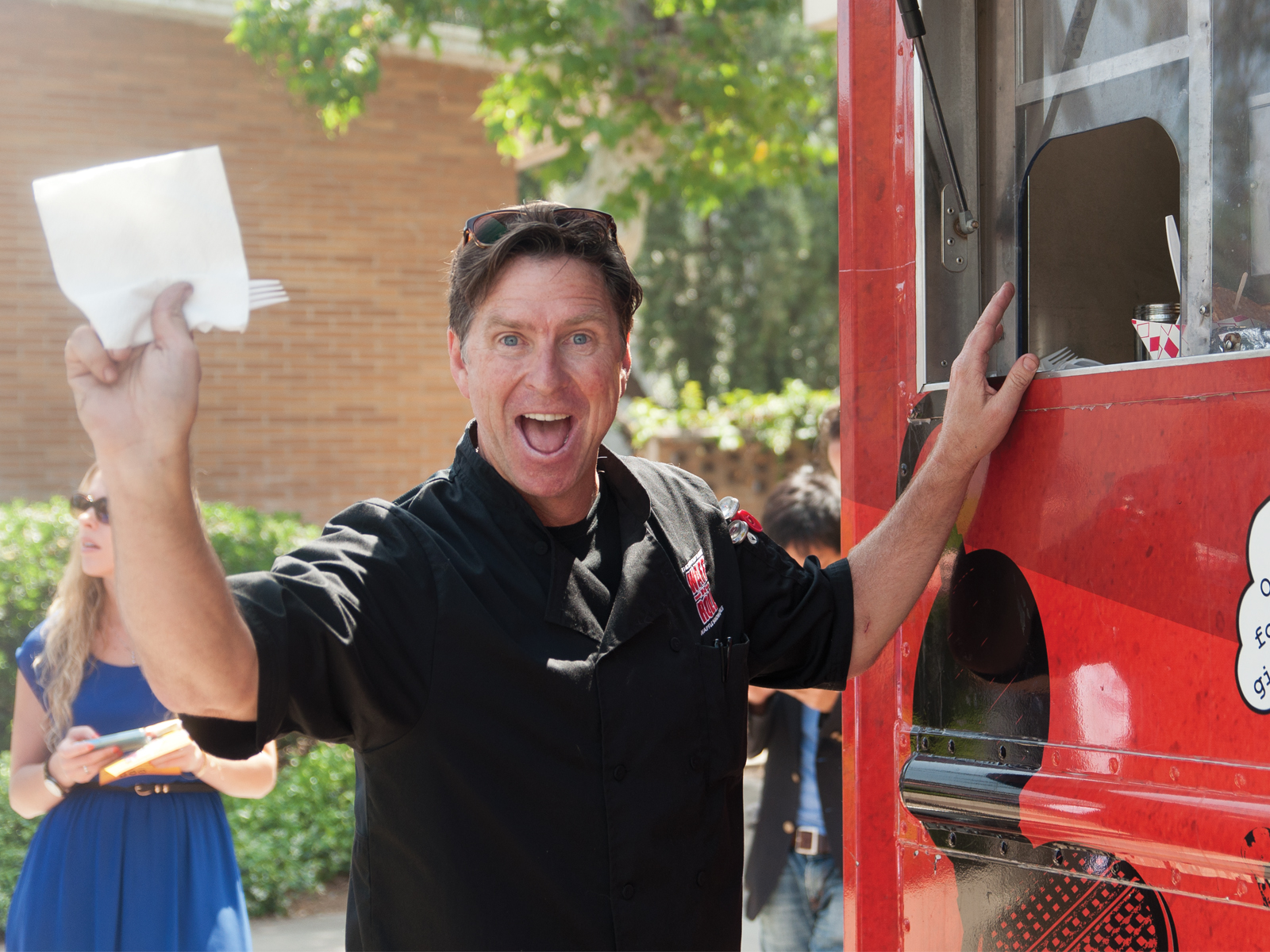 UCR’s third annual food truck festival, featuring a variety of culinary options for hungry UCR students, will be bigger and longer than ever before. With food trucks ranging from Me So Hungry Truck to Rolling Sushi Van to a truck simply titled Baconmania, as many as 30 food trucks are expected to be at the festival. This is an expansion from the festival’s inaugural year where it held only a dozen trucks. The festival will take place from 10:30 a.m. to 2:30 p.m. on Oct. 29 and span from the campus bookstore to the lawn outside Rivera Library.

“ASUCR thought that by throwing more interactive events on campus, such as the Food Truck Festival, we can contribute to the campus culture,” affirmed Marketing Director Ravin Rathod, a key organizer of the festival.

Vice President of Internal Affairs Fernando Echeverria shared similar sentiments and described the festival as a “great way to build campus pride,” furthering that the festival will now be held on a bi-annual basis during fall and spring quarter.

Echeverria explained that student surveys were conducted to gauge what sorts of culinary options were popular and from there, ASUCR collaborated to ensure almost every possible food option was offered.

“There may be a few trucks that are unable to make it on the day of the festival due to things like mechanical problems or not passing inspections,” cautioned Rathod.

Every food truck must meet application requirements as well as show the appropriate food handler certificates, health permits and proper insurance to qualify for the festival.

ASUCR organized this event by investing student fees into T-shirts, badges and food for the volunteers that make this event possible. Funding also went to support Transportation and Parking Services to direct all the trucks onto campus, UCR Physical Plant to repair any grass damaged during the event and UCPD to maintain security. According to Echeverria, ASUCR expects to break even on these costs with the fees that the food vendors pay.

Echeverria noted that past concerns with the festival such as not enough water stations to service thirsty students were addressed. Echeverria promised an increase in water stations but predicts that cooler weather will prevent the demand for very much water. Other concerns, such as insufficient vegan options, as expressed by multiple UCR students in Facebook comments on a previous Food Truck Facebook event page, have also been noted. Goodwin’s Organic food truck and Baby’s Badass Burgers will both offer vegan choices.

“We definitely encourage students (to) express their thoughts and feedback to us about the event,” said Rathod.

Both of UCR’s food trucks, Moo Moo: Udderly Twisted and The Culinary Chameleon will be present at the events for students who may want to use their Bear Bucks and Dining Dollars.