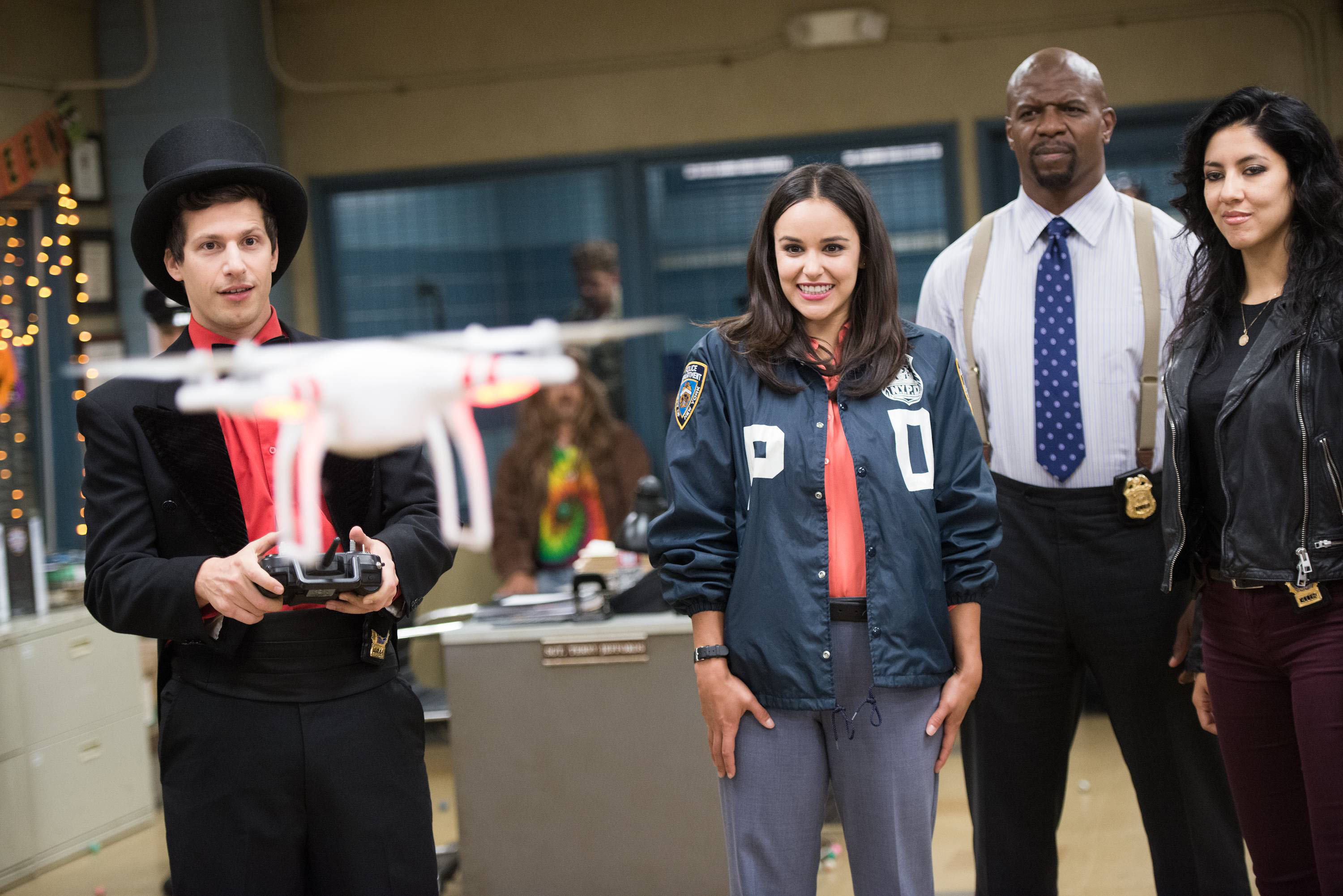 “Halloween II” largely looks to repeat the same formula of last season’s “Halloween” by bringing back the bet between Captain Holt (Andre Braugher) and Jake Peralta (Andy Samberg). In “Halloween,” Jake bet he could steal Holt’s Medal of Valor from his office. If he did it, Holt would do paperwork for a week, and if he didn’t, Jake would do unpaid overtime for a week.

Of course the bet in “Halloween II” is similar to the previous bet, but it ups the stakes: Jake will steal Holt’s watch this year, and if he doesn’t, he will put in “five-druple” the overtime. Upping the stakes is a necessary plot device for any sequel since it provides people with a reason to watch. If the stakes weren’t higher, they could rewatch the original and be done with it.

But “Halloween II” ups the stakes too much. Where “Halloween” became a story about a caper that brought the whole precinct together, which is something that was sorely needed when it first aired, “Halloween II” expands outside of the world of the precinct and loses much of the heart of “Halloween.”

Instead of focusing on the ensemble, this episode is all about Jake. In some way, this makes sense, as he is the main character, but much like “Parks and Recreation” and “Community,” “Brooklyn Nine-Nine” functions best when its focus is on the group. However, “Halloween” was about the group coming together, so “Halloween II” must do something else.

At first, Jake calls the rest of the precinct in to brief them on the situation, but he tells the group that they can’t help him this year because Holt will expect that. Instead, he brings in an outsider, a pickpocket named Dan “Fingers” McCreery (Apollo Robbins) to do the dirty work. The rest of the team only serves as a distraction.

McCreery takes Holt’s watch without a hitch, but trouble starts when he won’t give the watch back to Jake. Then trouble keeps piling on and piling on and piling on. McCreery leaves the watch in Jake’s car, which gets towed., Jake gives McCreery his shoes and has to walk around Brooklyn in socks. His wallet and badge get stolen, which means he can’t get his car out of the impound.

If it all sounds absolutely ridiculous and over-the-top, that’s because it is. It’s revealed at the end of the episode that Holt put the whole evening together with the help of the precinct to get back at Jake for winning the bet last year. Honestly, this reveal was my favorite part of the episode. It was more than a little predictable because Jake is usually a competent detective, so the way everything kept going wrong for him was fishy. Also unfortunate was the fact that “Halloween II” did bring everyone together — but against Jake, which doesn’t quite send the message of “togetherness” that I wanted it to.

It’s not just the main plot where “Halloween II” falls down. The episode’s one major subplot involves Gina (Chelsea Peretti) skipping out on filling the precinct’s Halloween buckets. This, in itself, is not a major shocker. Gina always tries to do as little work as possible, but this plot never comes together as a cohesive whole.

First, we learn that Gina skipped filling buckets to work on her dance moves. This is also pretty standard Gina and makes sense for the character, but the episode takes it one notch too far when it adds another complication: Gina has less time because she’s also been attending college classes.

It’s exciting that we get a new side to Gina, whose character is one of the only main characters defined by one major personality trait — her lack of work ethic caused by an intense narcissism — so to see her working hard at something could be great character development. And it’s one that’s not caused by her relationship with Boyle, which is also good.

But it’s hard to tell when Gina is being serious, and in an episode filled with nonserious things in the main plot, it would have been nice to have some confirmation of her commitment to going to college since I kept expecting her to say she’d been lying about the college classes.

Plot problems aside, this episode of “Brooklyn Nine-Nine” is, like so many episodes of the show, really funny. But it ultimately ends up funny in a vaguely enjoyable way, not in a way that makes me want to tune in and watch the show every week. “Brooklyn Nine-Nine” is normally funny in the latter sense, so let’s hope “Halloween II” is just a misstep along the show’s largely successful path.