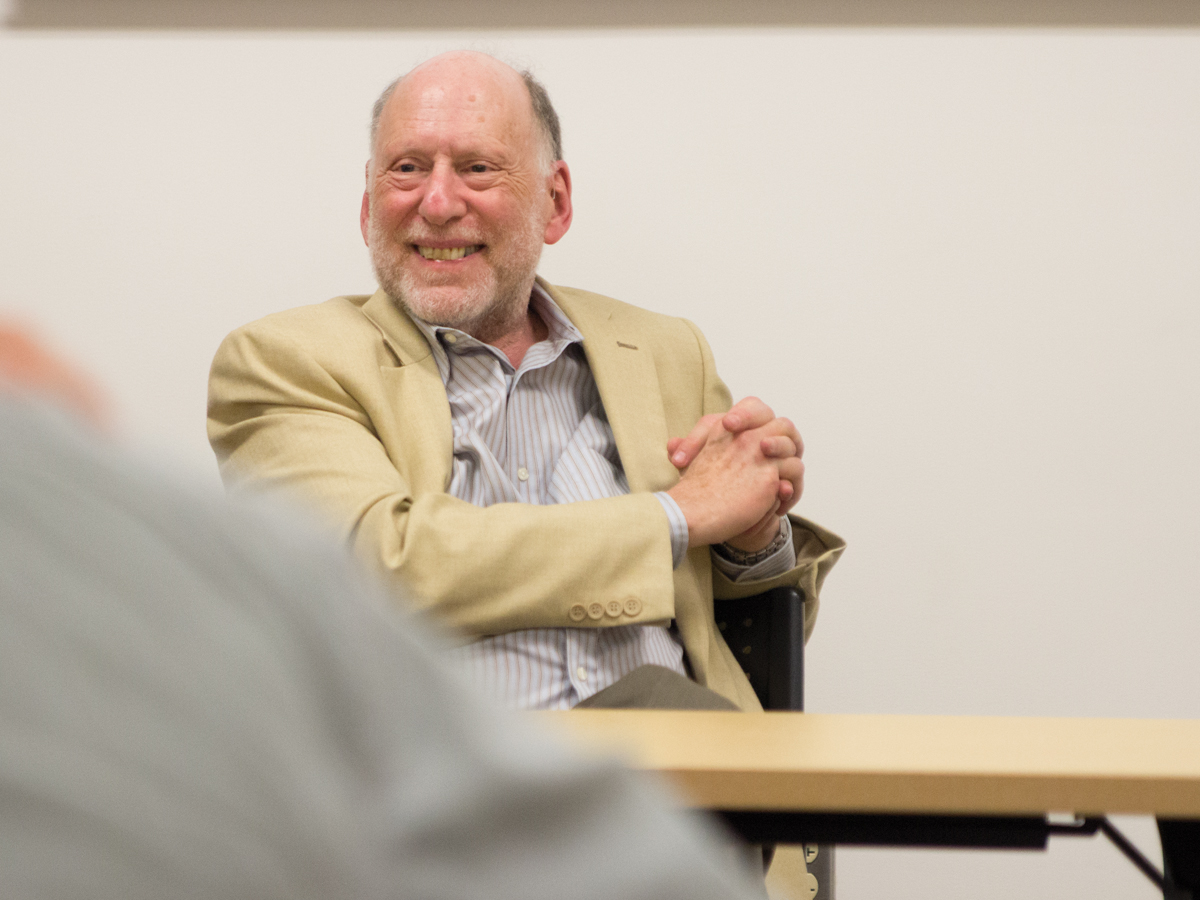 On Dec. 3, renowned activist and author Todd Gitlin gave a lecture on the effects of the Occupy Wall Street movement and the future of social media protests at UCR. The lecture was held as part of an interdisciplinary collaboration between the global studies, creative writing and sociology departments on campus as well as the Institute for Research on World Systems, an organization that encourages collaborative research for social and physical sciences.

Gitlin is a political author who has written the book “Occupy Nation: The Roots, the Spirit, and the Promise of Occupy Wall Street,” drawing from his own experiences as president of the Students for a Democratic Society during the 1960s Civil Rights Movement and from his research at Columbia University.

“Occupy Wall Street understood the snag with the system which is that some people have millions more dollars than other people … the wealth that piles up, to put it mildly, is grotesquely unequal,” Gitlin said, diving right into the impetus for the movement.

Since the end of the Occupy Wall Street movement, Gitlin claims, the protesters have either dispersed or failed. Gitlin went on to elaborate that the social media which had carried the movement actually prevented protesters from forming the infrastructure so crucial to any social justice movement. Unlike the famous Montgomery Bus Boycott of Martin Luther King’s day, the Occupy protesters never had to meet in person because they could do everything by a Google document. “Precisely what made the occupations successful,” he said, “made them collapse.”

According to Gitlin, this lack of infrastructure led to one of the major failings of the Occupy movement, which was an inability to produce a set list of demands.

“The Occupy graduates tend to hope that their time will come again,” Gitlin concluded.

After the lecture, a brief Q-and-A period ensued, with students asking Gitlin about social media and globalization. Armita Mahmaneshrad, a third-year student, rushed up to Gitlin at the end of the event and asked to take a photo with him. He happily agreed.

Mahmaneshrad later said, “I found (this lecture) interesting because it actually involves two of my topics in my global studies and political science classes … I took a lot of notes.”

Gitlin holds a PhD in sociology from UC Berkeley and has also written novels such as “Undying,” “The Murder of Albert Einstein” and “Sacrifice.” Gitlin’s work has also appeared in The New York Times, The Washington Post and Harper’s.

This event was moderated by Susan Ossman, an anthropology professor and director of UCR’s global studies program.