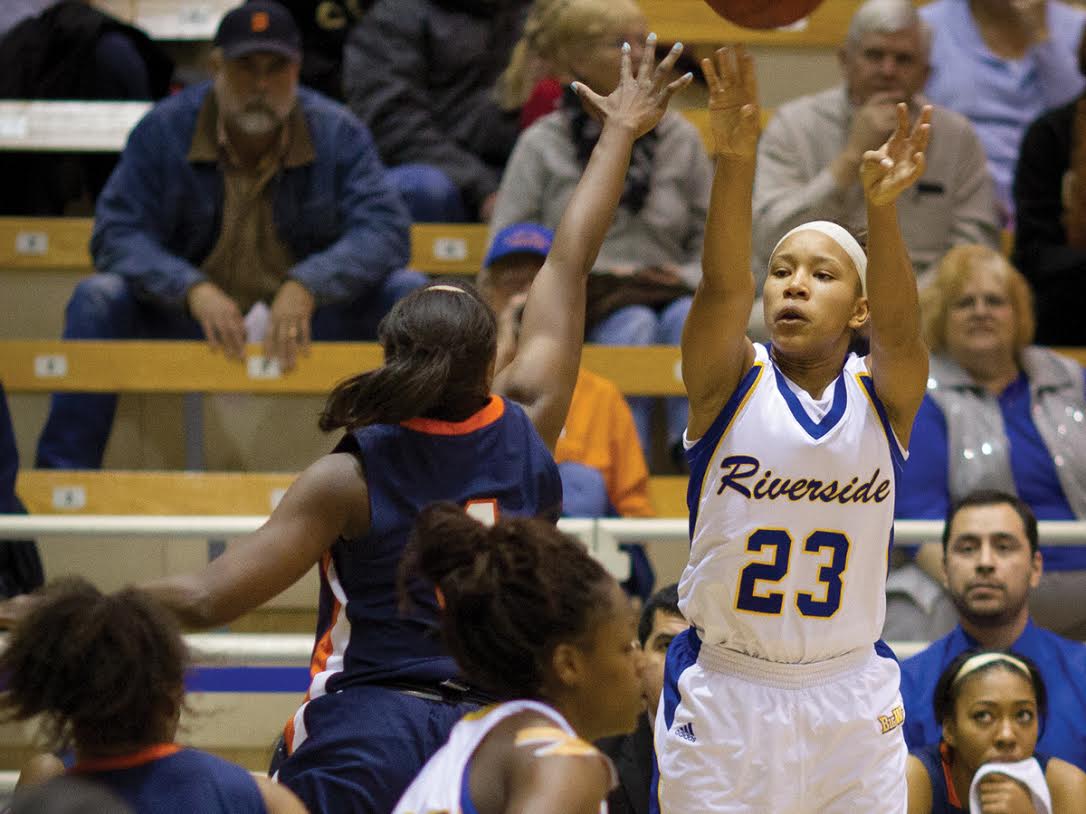 Women’s basketball guard Brittany Crain continues to shine for the university. With the team 9-5 heading into conference play, the Big West Conference named the Moreno Valley native the player of the week for the third time this season.

The Big West and College Sports Madness announced Crain as the best player for the week of Dec. 22-28. The junior poured in 31 points in UCR’s 64-54 victory against San Diego State.

Shooting 11 of 18 from the field, Crain knocked down four three-pointers and five free throws to eclipse the 30-point plateau for the fourth time this season. She scored 11 of the team’s last 19 points to help the Highlanders secure their seventh win.

“I put in a lot of work behind the scenes,” Crain said in an interview with the Highlander. “It’s not just practice, it’s me coming in on the weekend, or during the nighttime when everyone’s sleeping. I’m in the gym shooting or doing something different like that.”

Crain is joined by Taylor Johns as the only UC Riverside basketball players to earn the honor for the 2014-2015 season. Johns was named player of the week earlier in December for games played from Dec. 1-7. The forward was the first men’s basketball player to receive the recognition since Phil Martin in 2012.

The men’s and women’s basketball teams begin their Big West Conference play on Thursday, Jan. 8. The men will play host to Cal State Fullerton while the women will travel to play against the Titans.