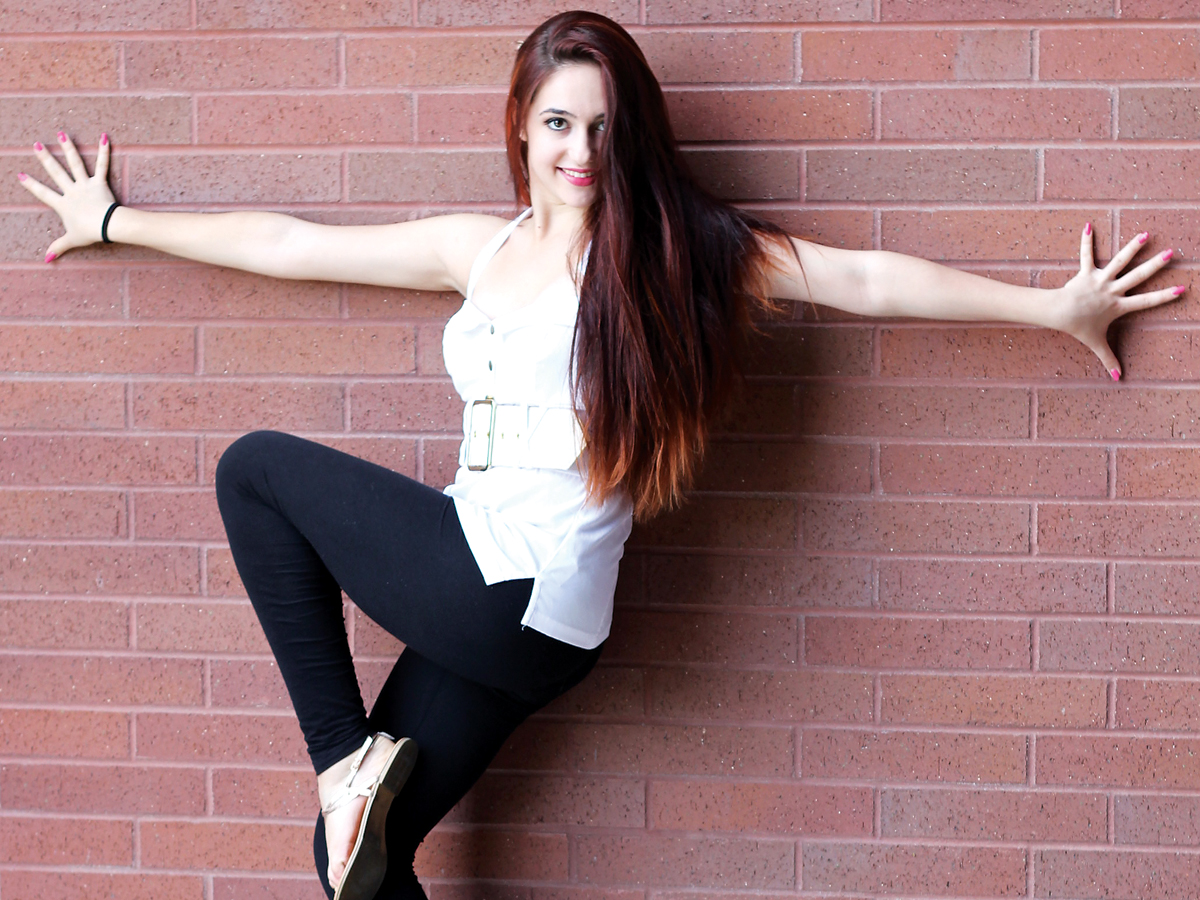 “I was really scared at first,” Natalie Shevchenko, a first-year undeclared student reflected on the first time she entered a dance studio at the age of six; a remarkable 11 years ago. Now at age 17, Shevchenko represents University of California, Riverside in ballroom dancing across the nation with a mere two-person team consisting of herself and her dance partner, San Diego resident Mitchell Itkin. While many of us Highlanders were pining away at our finals last quarter, Shevchenko did much more as she tackled finals and dance. Dancing her way to the top at the National Collegiate Dancesport Championship (NCDC), she earned a spot at the annual ballroom competition organized by USA Dance.

Ballroom dancing pairs with Shevchenko as much as milkshakes do with whipped cream. Before she had her taste of dance, however, she participated in other sports, such as swimming and soccer, searching for a source to release her energy. Nothing ignited the spark within Shevchenko until she stepped foot into her local dance studio. Filled with nervousness and excitement, she easily found her own beat when two girls from the class reached out to welcome her onto the dance floor. Barely a year later at age seven, Shevchenko found herself entering the kinetic atmosphere of competitive ballroom dancing and has continued on this path since, winning her first national competition at nine years old under her stage name, Natasha.

All of the achievements Shevchenko earned have made her no less of a humble dancer. She reminisces upon her favorite moments within her dance career as the times she represented the United States in England at four different times at the Blackpool Dance Festival. “England is the capital of ballroom dancing,” she explained, and also how the Blackpool Dance Festival is “the most prestigious dance competition in the world.” Ten teams represent their respective countries with each country choosing two couples for the international standard and international Latin style. Shevchenko participated in the latter style, which consists of the cha-cha, samba, rumba, paso doble and jive. She also represented the United States in the world championship for her first time in Paris last year. Having such grand experiences has given her a chance to feel “patriotic and proud” and has taught her to be thankful for the opportunities she has received.

Competitive dancing has opened the door to not only travel across the United States, but also widen her eyes to the cultures of Japan, France, Italy and England. “I’m honestly still in shock of those,” she stated of the opportunities she has been presented with. She thanks her experiences in national and world championship competitions for her appearances in “Dancing With the Stars,” “America’s Ballroom Challenge” and a segment of “Live Life and Win.”

After competing in a myriad of different championships, Shevchenko is still ready to try new things. After all, entering college is about testing out new waters, and that is exactly what Shevchenko accomplished within her first quarter at Riverside. In her first year at UCR, she excitedly explained how she decided to try collegiate competitions, which are developed by the USA Dance organization for students across the nation to represent their school. Shevchenko thus attempted new heights by representing UCR at the NCDC in Columbus, Ohio this past November. She competed against Cornell University in the Amateur Latin Category and placed first, naming the University of California, Riverside the USA Dance National Amateur Latin Champions.

Like in any sport, Shevchenko still has to manage her time and does so by planning for competitions six months in advance. “Education is equally as important as ballroom dancing for me,” she expressed. So when it became too difficult for her to stay on track with her high school work in her junior and senior year, she started online schooling. Since college, she does her best to manage her time wisely between her dance practices and school by recording every hour into her agenda a week in advance. Any time Shevchenko has not set aside for classes and studying is automatically directed toward dance. That is often made more difficult by the fact that her dance partner, Itkin, resides in San Diego. With such a busy schedule, she sums up her social life in one word: “nonexistent.” Fortunately though, she and Itkin also make sure to reserve time for movie-watching after dance practices.

It is also “vital to keep strength and discipline,” she remarked. Although she has to maintain a healthy diet with plentiful proteins and nutrients, she remembers to reward herself with In-N-Out. Shevchenko makes sure to continue to treat herself as she keeps up with her four-hours-a-day, five-days-a-week dance practices for the National Dance Council of America (NDCA) nationals quickly approaching in a short three weeks in Provo, Utah.

Despite these tough obstacles, Shevchenko plans on continuing her competitive ballroom dancing throughout college and perhaps the rest of her life. Her attitude and confidence remains positive in her path as a dancer as she continues to develop and learn from further experiences. In the future, she hopes to possibly open her own dance studio to promote dance as she strongly believes that “dancing is a healthy pastime, yet it’s fun and can help many people get moving and get exercising.”

Since the age of six, Shevchenko’s passion toward dance has not faltered, and has only grown into a rapidly spreading wildfire as she serves as an inspiration for many with neglected aspirations. She instills hope into many while encouraging them to “never give up. Honestly, everything is possible if you really believe in it and work for it. Always follow your heart, you never know just where it might take you.”