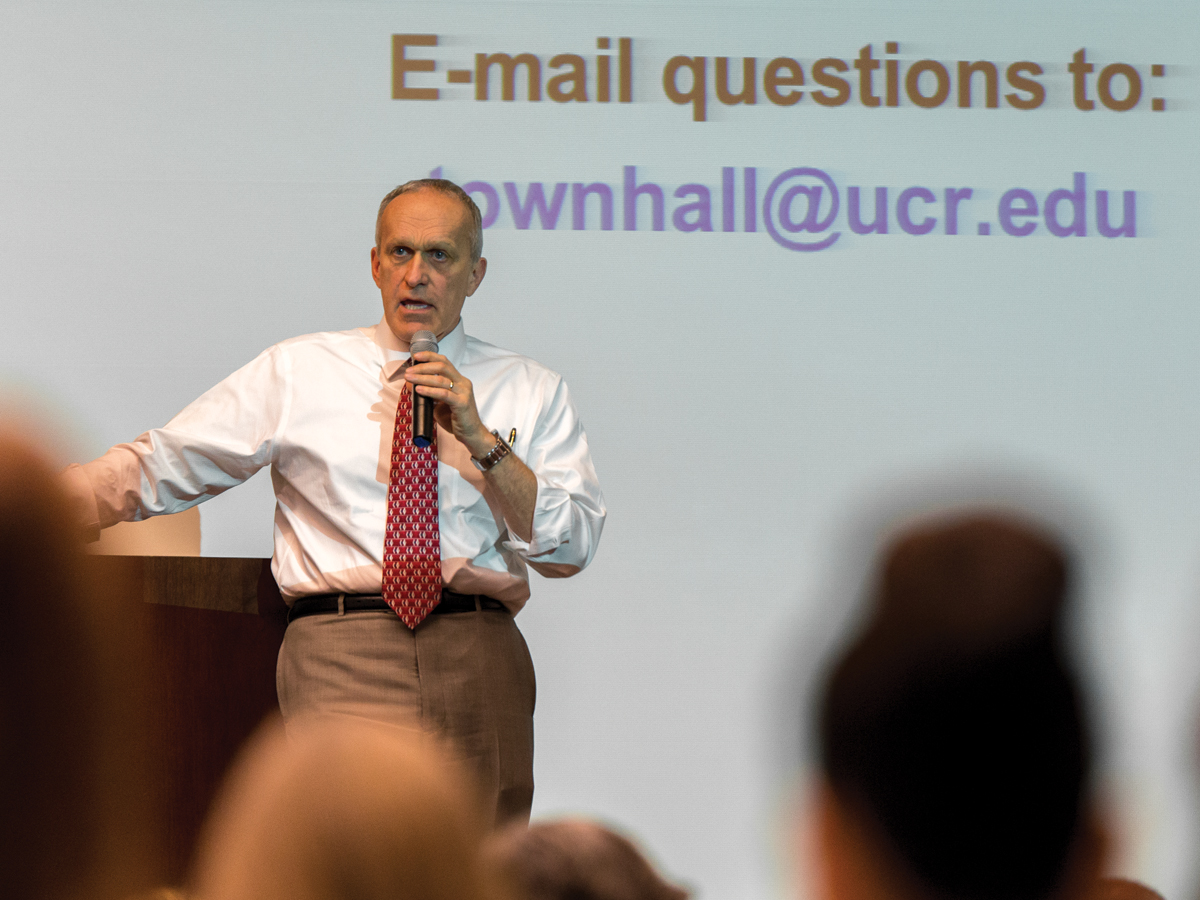 Administrators discussed key aspects of UCR’s new budget plan at the chancellor’s first town hall meeting of the new quarter on Monday. The new plan aims to remedy the lack of transparency of the current plan, as well as redirect resources to improve academics.

The plan is part of UCR’s effort to implement its Strategic Action Plan by 2020, which, among other things, includes hiring 300 more faculty and improving UCR’s status as a research institution.

According to Provost and Executive Vice Chancellor Paul D’Anieri, the current budget plan is “not simple, not transparent, and very hard to implement strategy through.” Under the new plan, budget details such as revenue sources, and where expenditures are going, will be available for easy viewing.

The new plan will also ensure that academic leaders, such as deans, department chairs and provosts, have more authority regarding how money is spent. “The goal is that the academic mission drives how we spend our money,” said D’Anieri.

The finer details, however, have not been decided. Administration will work on the plan’s implementation in the 2015-2016 academic year, and it will be finalized in 2016-2017.

Also addressed at the meeting was an update on the hiring process for the new faculty UCR hopes to hire by 2020. Rather than hire on an individual basis, D’Anieri explained that faculty will be hired in groups based on proposals. A call for proposals was put out in December, and 128 proposals have been received and are currently in the process of being reviewed.

According to D’Anieri, UCR’s 675 faculty lags behind the number of faculty in other competitive institutions. “Clearly, we need to expand faculty and we know we have the ability to,” he said.