Anton Shirokov posted an anonymous threat on the social app Yik Yak in the late night hours of April 26; concerned students reported it to the police, and he turned himself in a few hours later. Shirokov claims the post was a joke; an investigation of his apartment turned up nothing but brass knuckles, which are illegal in California, and he was booked and later released on a $20,000 bail. Many students were scared, and some didn’t go to school at all on the 27th, but otherwise nobody was harmed.

This is not the first time Yik Yak has been involved in university threats. Back in November, the Huffington Post reported that at least 11 students across the country had been arrested for posting threats on the social app during the Fall 2014 term. Nor was this the first time social media in general has provided a platform for statements in bad taste: The Supreme Court is currently deciding, in Elonis v. United States, whether a man’s violent posts on Facebook were threats toward his ex-wife or merely rap lyrics (thus protected by the First Amendment).

In this age of the Internet, where anybody can post anything they want at any time under the supposed cloak of anonymity, the liberties of the First Amendment are being tested like never before. At the same time, the Department of Justice and other federal law enforcement agencies are expending a great amount of resources to stop violent crimes before they happen, and so the restrictions that have been placed upon the First Amendment are also being tested.

What will happen to rap music if the Supreme Court decides that Elonis’ lyrics are threatening enough to be denied First Amendment protections? The music itself may not be affected, but what about the fans quoting lyrics on Twitter, and their friends don’t realize the words are from a rap song? In the world we live in today, we must exercise our freedom of speech responsibly. It would seem that should go without saying, but sometimes it still needs to be said. The things you say and write have an effect on those who hear or read it, and on anyone who comes later saying similar things.

For almost a year we have watched protests against police brutality, institutional racism and the deaths of civilians by cops; the First Amendment protects those nonviolent protests. On April 29, 140 protesters were arrested during a demonstration in New York City, because, according to Police Commissioner William Bratton, they “stepped over the line we had.” Who decides that line? When an activist, in a moment of passion, makes a threat against others, is that illegal? According to the Supreme Court in Virginia v. Black, a case about cross-burning, the answer is yes: “The speaker need not actually intend to carry out the threat.” Legally, a broad definition like that can apply to pretty much any violent speech.

This is why we need to be responsible with the words we say. Joking about shooting up a school is irresponsible. Writing rap lyrics on Facebook about killing everyone around you is irresponsible. It’s wrong not just because it may be in bad taste, or it needlessly scares everyone, but also because it can set legal precedents that restrict our freedom of speech and freedom of protest. 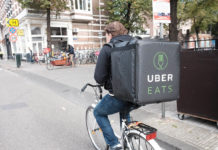