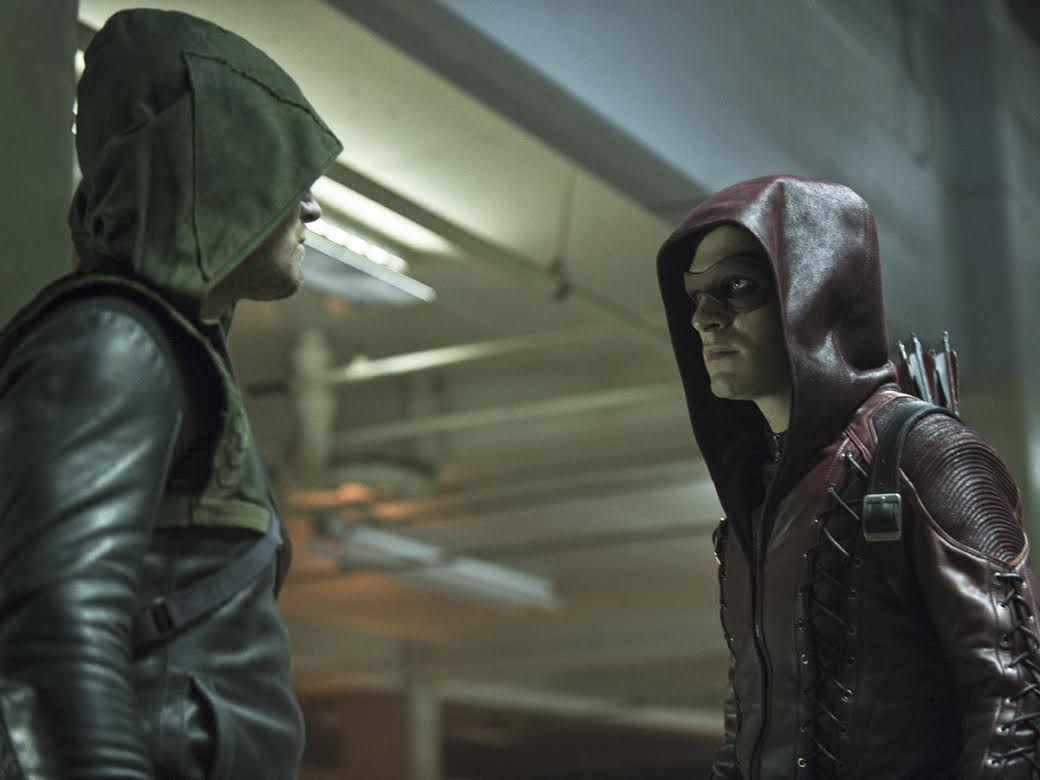 The CW network has been on a streak of new and emerging hit shows that have brought new audiences to its television network with the emergence of action-oriented superhero-themed shows. The superhero genre that has been dominating films for the past decade or so has now made its way to the medium of television through the unfolding stories of its characters. “Arrow,” specifically, is one of the first shows to bring a DC comics superhero to life in live-action network television. Now, with its third season over, perhaps the masked vigilante known as “Arrow” should reconsider moving forward in the ever-flourishing medium of superheros.

“Arrow” follows the billionaire playboy Oliver Queen (Stephen Amell), who, after spending fives years shipwrecked on an island and presumed dead, returns home to Starling City to take on the mantle of the masked vigilante known as Arrow to stop the rampant crime plaguing his city. But Oliver can’t save the city alone, so with the help of his loyal friends, straight man Army veteran John Diggle (David Ramsey), the ever tech-savvy Felicity Smoak (Emily Bett Rickards) and the most recent addition to the team, the Red Arrow sidekick, Roy Harper aka Arsenal (Colton Haynes), they all set to bring justice to the city as Team Arrow.

In season three, after a cataclysmic event within the team takes place, they set out to find how and why the incident occurred. This sets the course for the rest of the season as Team Arrow uncovers shadowy organization The League of Assassins, led by the seemingly immortal Ra’s al Ghul (Matt Nables), as behind this event. In the course of 23 episodes, Team Arrow sets to end the wrath unleashed by Ra’s and The League of Assassins.

Season three of “Arrow” had big shoes to fill after its stellar season two, but unfortunately this season had small feet that just couldn’t fit into those shoes. Season three lacks focus. Sure, the main story of The League is there, but there are too many episodes and subplots that make you wonder why they are there in the first place. For example, one episode solely focuses on Felicity Smoak and her college boyfriend-turned cyber terrorist who kidnaps said character’s mother. The episode has no real impact in further developments of the season. Having too many filler episodes is a problem with TV shows nowadays, and unfortunately “Arrow” has been bitten by this bug.

“Arrow” is notable for having two separate storylines in two different timelines throughout its seasons. Part of the show’s strategy is that it flashes back to a different storyline when Oliver is missing for five years. This season’s flashbacks take Oliver to Hong Kong as someone who is forced to work for Amanda Waller, director of the U.s. agency A.R.G.U.S., after being kidnapped on the island. Again, this storyline lacks focus, as past seasons’ flashbacks often paralleled with the present-day storylines. These flashbacks shy away from the main storylines, and I felt myself not caring for this storyline due to its inconsistency.
Another irksome factor this season was how it handled some of its once-great characters. In the past seasons, especially in season two, Felicity was a highlight of “Arrow.” She was smart, hilarious, quirky and overall a joy to watch on the show, helping Oliver with her useful gadgets. In season three, that changed drastically: I’m not exaggerating when I tell you she was say, moody and crying in almost every episode this season. No offense to Rickards, who portrays her, but the writers this season just didn’t do her justice. Arrow’s Red Archer sidekick Arsenal is given a similar treatment and was reduced to more of an afterthought throughout the season.

Of course, “Arrow” also had its fair share of ups this season.

Entrepreneur Ray Palmer (Brandon Routh) arrives in Starling City as someone striving to rid the wrongs of the city after its fair share of terrible things that happened to it. With Palmer came the introduction of his ATOM suit, a suit he believes will help get rid of crime in Starling City. The scenes where Palmer is inside the functioning Iron Man-esque suit are exciting and the visual effects as her soars above the city’s skylines and blasts enemies from his suit’s mounted weapons are a treat to watch, as it is unusual and different for an often-grounded show as “Arrow.”

Now that “Arrow” has built up a DC universe for live-action television filled with teases and references to other superheroes in it, the inclusion of The Flash (Grant Gustin) in season three is one of the most memorable highlights. For the unaware, the scarlet speedster known as The Flash also has a show in the same universe as Arrow, which has led both shows to cross over with each other. The Flash’s inclusion in “Arrow” brings with it fan-favorite moments, as we see The Flash go head-to-head with Arrow and even help catch the bad guys. The chemistry and interactions with the rest of the team are comical to watch, as it is the first time they are introduced to someone with actual superpowers (referred to as meta-humans in the show), and the reactions are often priceless.

“Arrow” in general is a great show to watch in the landscape of superhero TV shows. Season three definitely takes a step back with weak story and characterization. It has memorable moments in its introduction of new characters and their interactions with the rest of the cast. But overall, season three definitely has more downs than ups, making for a just okay season. Here’s hoping that wherever they go for season four, the writers stick to what made the previous seasons great.