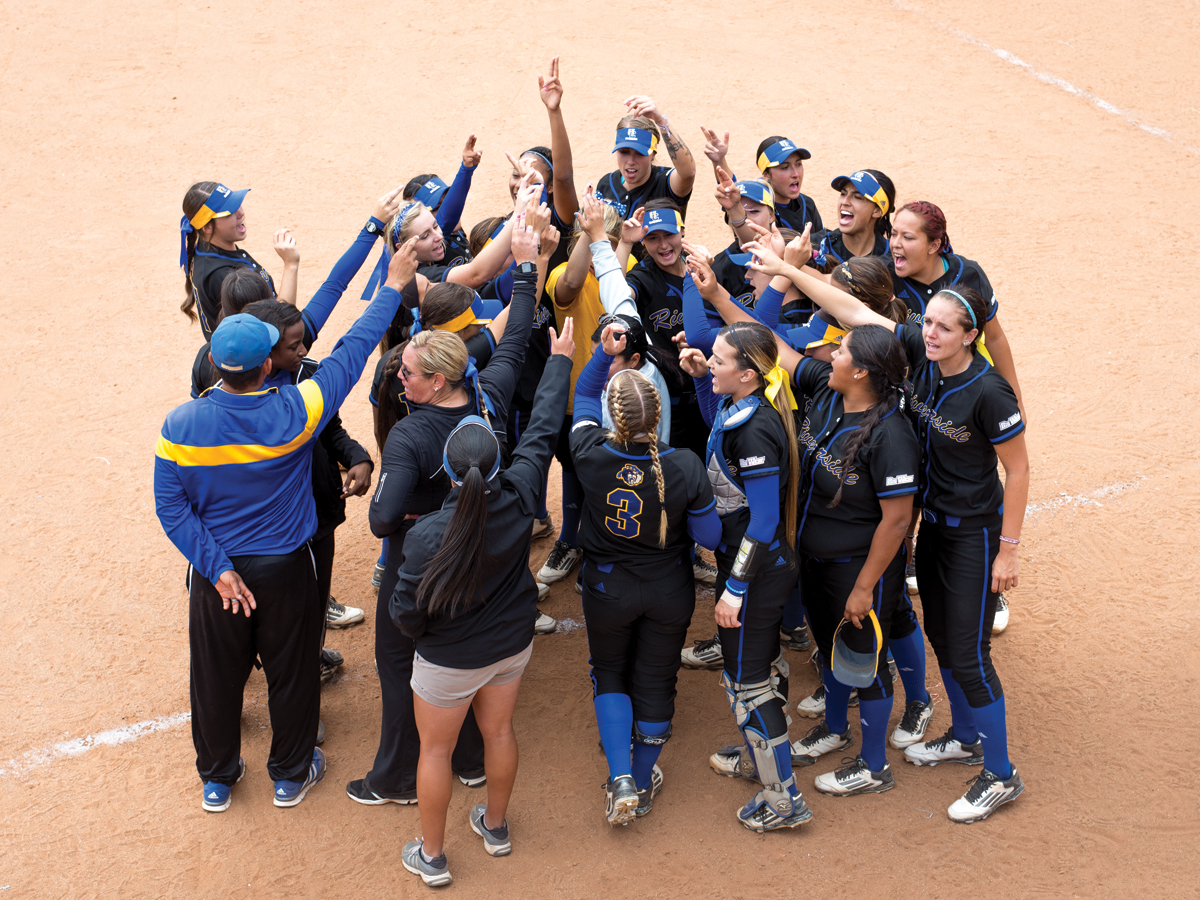 Rome wasn’t built in one day. Like many cliches, I found the meaning of this phrase to be often lost in its frequent use. And it wasn’t until I met the UC Riverside softball team that I discovered the true embodiment of this quote.

It was also the first time the Highlanders received national honors as Faulkner and Ponce made it to the 2015 NFCA Pacific Region second team.

These awards and achievements are milestones, but it seems as if it’s only the tip of the iceberg. Head coach Linda Garza, the architect of the program, has been laying the foundation for the Highlanders since 2012.

“I feel like it started year one in the program, when we established attention to detail and effort,” she said. “It definitely started in front end of the first year and then in the second year we started to put these goals together.”

This season is the first year in which the team consisted of players who were recruited by Garza and her coaching staff. From the aforementioned results of the season, it shows.

Faulkner, who had a phenomenal freshman season — .322 batting average, .411 on base percentage, 586 slugging percentage and a .984 fielding percentage  — recognizes that the team’s success would’ve been difficult without Garza.

“Without her we wouldn’t have had half of the success we’ve had this year,” she said. “We can all reach higher levels because she sees it in us.”

It may have been the accumulation of these little things done properly which led to bigger successes down the road,  especially this year. Ponce played a phenomenal game on April 21st, 2015, when she threw a no-hitter in a win that helped UCR attain a 26-7 record, the best record in their Division I history.  The no-hitter against Bethune-Cookman was an example of when the softball team was at its best.

Ponce showed optimism when thinking about how they would reach their goal of staying in the top five of the conference.

Despite their record-breaking year, their hearts were broken several times when they were a hit or a pitch away from a win.

“If we make those adjustments, we can be at the top of conference,” Faulkner said “It’s a great thing to think about working next fall. You need to think about the long term and why you’re doing it, it will definitely be a motivator for our team.”

The shortcomings may have been due to UCR’s come-from-behind style of play.

“We like to come back from behind, and show people that we can hang with them,” Ponce said.

Another interesting fact is UCR’s NCAA RPI ranking. RPI is a system in which multiple factors such as runs scored against opponents and toughness of schedule determines where a team stands amongst the 300 schools. UCR, for the first time in school history, made it into the top 100. In fact, they finished the season in the 69th spot.

When Garza looks beyond this season and into the next, she knows one thing will definitely be in their favor: recruiting. Her expectation is that the greater notoriety of UCR softball opens the eyes of many recruits.

“We now can go into a room (with) the success we’ve had this year, (prospects can say) ‘wow I’ve never thought of Riverside,” Garza said. “’But I saw a game when they were right up there with Northridge and they play on national TV.’”

And it all started four years ago with a class of seniors who bought into Coach Garza’s vision and straightforward coaching style.

“They knew what to expect from me. Change the culture by being accountable and having ownership in practice, in games and in the weight room.”

Despite losing six seniors next year, the team seems to be headed in the right direction next season.

“As long as they come to work, we’ll be alright,” Ponce said. “We set a standard we need to live up to. We didn’t want to be bottom of the barrel anymore. Now that we aren’t anymore, we have to stay up.”