The men’s soccer team opened conference play this past Thursday with a tough home loss against the visiting UC Davis Aggies, 2-0. The loss was the Highlander’s first home loss of the season after winning the previous two.

The Aggies (5-5-0, 1-0-0) began the game with a quick flurry, taking five shots within the first seven minutes and forcing Highlander goalie Ashkan Khosravi to move and make saves early. Khosravi ended the game with six saves, the most he has had all season.

The midfield controlled the pace for a decent portion of the first half, with the Highlanders’ (4-5-1, 0-1-0) physical play keeping the Aggies in check. However, defender Roy Boateng put the Aggies up in the 38th minute after fellow defenseman Greg Salazar chipped the ball to Lucas Mohageg in the middle of the UCR box who then headed it to Boateng, who headed it past the Highlanders defense and past the near post.

The Highlanders had trouble restraining their physical play and lacked focus on the offensive end in the first half, picking up more fouls (five) than shots (four). UCR entered the locker room with a 1-0 deficit.

Entering the second half, the Aggies quickly took advantage of an early opening and converted on another goal in the 50th minute. UC Davis’ Kyle Higgins took a back heel pass from Justin Wright to launch the ball into the right side of the goal to double the Aggies lead.

Despite facing a 2-0 deficit, the Highlanders continued to exert pressure on the Aggies defense, keeping the ball on the Aggies side of the field for much of the second half and getting clean looks for shots. The Highlanders stayed even with Davis in second half shots at six apiece. The blue and gold forced the Aggies to pick up three yellow cards late in the second half: one against Miguel Acevedo in the 55th minute, one on Lucas Mohageg in the 71st minute and another against Evan Barrett in the 77th. UCR’s Jacob Arrieta picked up an 88th minute yellow card as well.

Despite this, fouls continued to kill the momentum of UCR’s attack, and the Highlanders could not break through the solid defensive play of UC Davis, despite taking 10 shots total and five shots on goal — compared to 16 shots and eight on goal for the Aggies.

Despite the efforts of Highlander midfielders Emilio Huerta and Eric Gonzales — who combined for three shots on goal in the second period — UCR simply could not stay on the Aggies’ side of the field for an extended period of time. The Highlanders’ ratio of 12 fouls resulting in only one corner kick opportunity was simply too much to overcome, as Aggies goalie, Kris Schultz made five saves to ultimately shut out the Highlanders.

The men’s soccer team picked up its first home inter-conference victory of the year — and third victory at home overall — Saturday night, beating Sacramento State by a score of 3-1. The win was a relief for the Highlanders (5-5-1, 1-1-0), who responded with an offensive explosion after being shut out at home for their first home loss of the season on Thursday versus UC Davis.

The Highlanders pumped out 18 shots and challenged the Hornets’ (3-6-1, 0-2-0) defensemen all night, led by Noberto Ochoa, who managed two goals on four shots for the blue and gold.

The onslaught started early for the Highlanders, as UCR got five shots off within the first 10 minutes, including the first of Ochoa’s two goals. Midfielder Emilio Huerta got a steal in Sacramento State territory, and slotted a beautiful pass down the right box side for Ochoa to hit the far post. It was the first assist for Huerta this season, and gave Ochoa his team leading sixth goal.

Sacramento State shook off it’s slow start, taking their first shot in the 11th minute and beginning to push the focus of the game out of their territory and towards the Highlanders goal. However, their offense was so conservative in its execution, that the Hornets managed zero shots from the 21:48 mark to halfway through the 35th minute, after taking four shots the previous 11 minutes.

The Highlanders increased their lead in the 40th minute, with a goal from Kouri Nago, a substitute midfielder who came on for Huerta in the 34th minute. The goal was Nago’s first of the year, and came off of a beautiful pass from center box to the right side for an easy look by Zachary Dunn, his second assist and second point overall of the year.

The play capped off an excellent bounceback half for the Highlanders, as they took a 2-0 lead into the half. UCR attempted 10 shots in the first half and forced Hornets’ goalkeeper James Del Cuerto to make multiple saves, along with making the Hornet defenders make plays on shot after shot, while Sacramento State only managed five shots, with only one needing to be stopped by Highlander goalkeeper Ashkan Khosravi.

The second half started as a defensive stalemate for both teams, with very little offense being produced. The ball moved like molasses, and play was highlighted by stagnant and physical segments. Both teams picked up a multitude of fouls throughout much of the second half, with UCR being assessed five fouls in the early parts of the second half.

About halfway through the 67th minute, the Highlanders scored once again, with Oberto tallying his second goal on a beautiful strike from 17 feet out off of the give and go from Michael Salazar. Salazar had four shots and two on goal along with his assist.

Sacramento State began to up the tempo, now down 3-0, and was able to break through with a goal in the 76th minute. But it was too little, too late for the Hornets, who simply ran out of time as the Highlanders picked up the victory.

The men’s soccer team sits at an even 5-5-1 on the year and a 1-1 record in conference play as they visit UC Santa Barbara on Thursday, October 8, at 7 p.m. 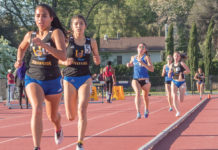