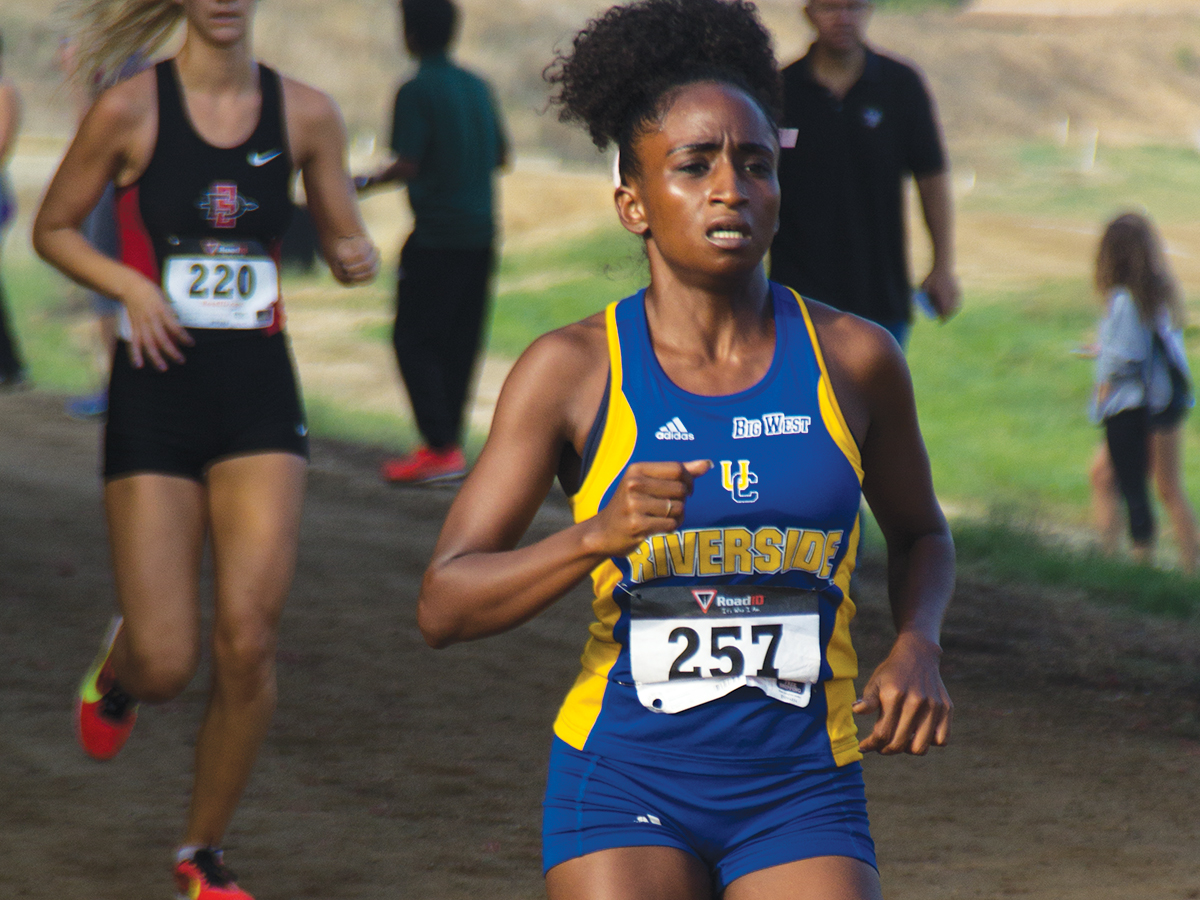 Over the years, UC Riverside cross country has proven most comfortable on its home course. At the UC Riverside Invitational held at (you guessed it) UC Riverside, the team has finished no worse than sixth place since 2005 and has earned three 1st place finishes in the process. The same bodes for the team’s own Highlander Invitational where, since the inaugural meet in 2012, the team has finished first on all but one occasion (where they placed 2nd overall).

Granted, the numbers above were solely drawn from the women’s side. However, while the men haven’t displayed an equal level of dominance as the women’s squad, they have consistently had their best race of the year when treading along their own “backyard.” Needless to say, Riverside meets have treated the Highlanders well over the years.

And this past Saturday was no different. For the women’s team, that is.

The Highlander women saw a total of five runners finish in the top 30 in the fourth annual Highlander Invitational with sophomores Faith Makau (17:17.63) and Weslie Totten (17:17.72) leading the way, finishing first and second overall, respectively; with Totten’s time beating her previous personal record.

The rest of the top five wasn’t too far behind with runners Dominique Dowell (13th), Briana Simmons (24th) and Emily Sanchez (27th) all clocking in around the 18-minute mark. The slowest finish for the team was junior Christina Shamirian’s 20:13.20, placing her 65th overall.

Altogether, the women totaled 70 points to earn their third first-place finish in the tournament’s four-year history and earned their first back-to-back title in that span as well. The next closest teams were San Diego State (81) and USC (87) to round out the top three.

After the success of the women early in the morning, the men’s side had the opportunity to help UC Riverside walk away as Saturday’s ultimate winner if able to engineer a dominant performance of their own. Though, to the surprise of many, they did not.

Despite senior leader Cody Jordan finishing first overall with a personal best of 17:43.8 and freshman Solomon Demeku-Ousman landing in fifth with a time of 18:06.63, the Highlanders finished fifth overall among the field of six with a total score of 90.

The finish was a letdown for the Highlander men who were coming off a solid showing at the Stanford Invitational in September. Nevertheless, both sides move forward with their eyes set on a potential conference title at the upcoming Big West Conference Championships which will be held in Riverside on Saturday, October 31 at 9:15 a.m.

The men will be hard-pressed to pull out a title based on their overall lack of depth — which was clearly exhibited by Saturday’s top-heavy finishes — but the women have a legitimate shot to come out on top that day and advance to compete for a regional championship come November.