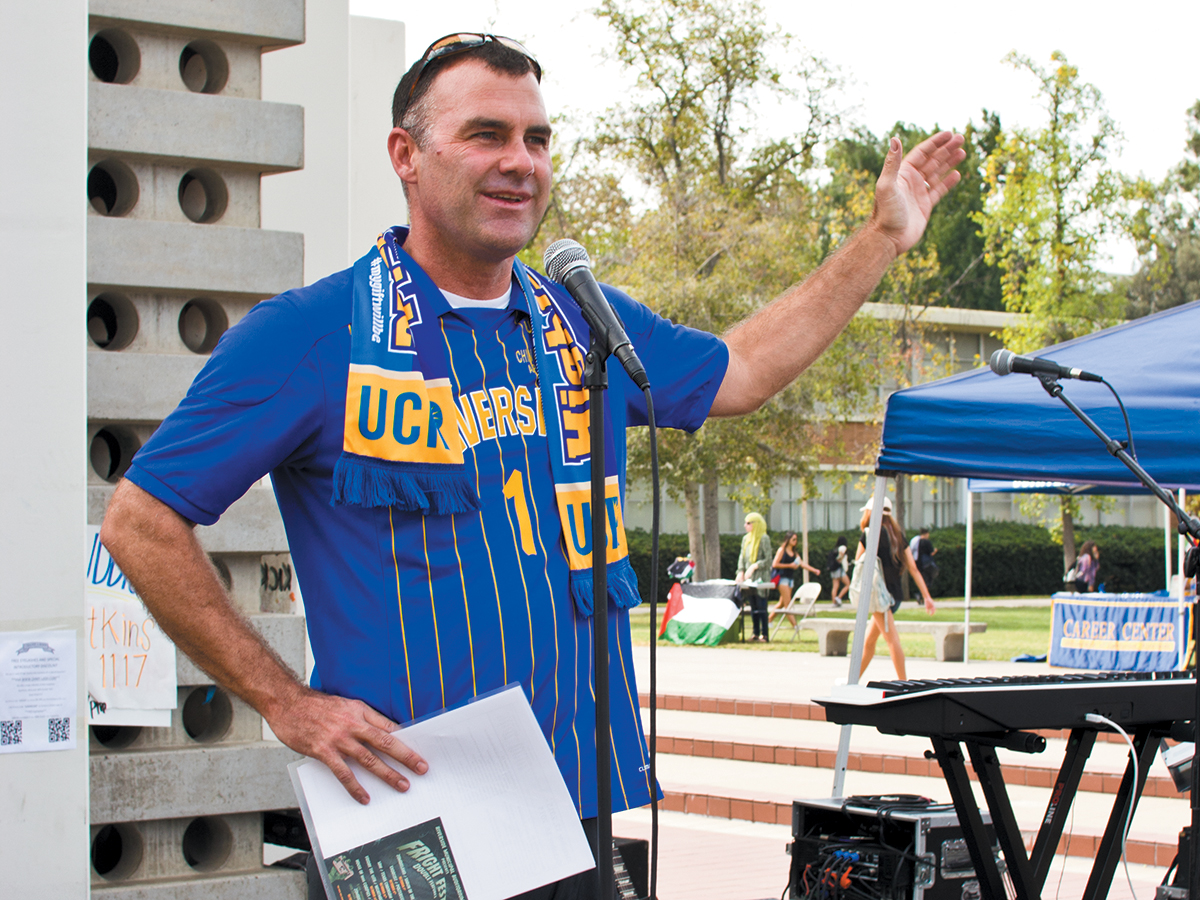 Rusty Bailey, mayor of Riverside, spoke at the Bell Tower on Wednesday about private partnerships between the city of Riverside and their aim to strengthen job security for UCR graduates.

“Riverside truly has a great partnership between our private sector partners in downtown trying to improve the life of the city to help you connect to jobs. Ultimately in the long run it would be a dream of mine for you to be able to walk down University Avenue and have that [as] an innovation corridor … that connects downtown to UCR.”

Mayor Bailey used the non-profit co-working space, Riverside.io, which opened last summer and aims to create a collaborative work-space for technologically inclined people, and Riverside ExCITE, an incubation program that facilitates successful high tech start-up companies and organized in collaboration with the City and County of Riverside and UCR, as examples of ways that the private sphere has provided and will continue to provide resources for students and the larger Riverside population.

“We have a couple levels of entrepreneurial eco-systems … all of those things are brewing at the right time for students of UCR to find jobs here once they graduate,” explained Bailey.

Live Nation, the Beverly Hills-based concert promotion business, was also present on campus during club rush and was situated a few yards away from the mayor’s booth. The mayor reminded students that Live Nation is another business that works with the city to improve the lives of its citizens. It held a Zombie Crawl on October 17 in Downtown.