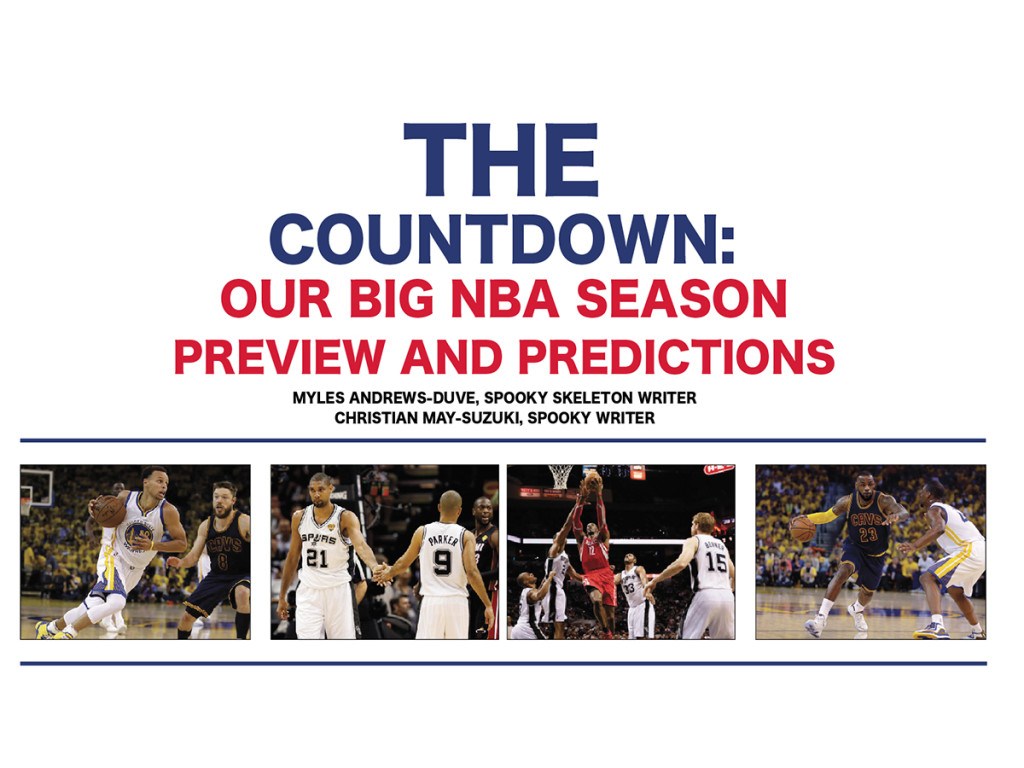 The return of corny Jamie Foxx-narrated commercials can only mean one thing: the NBA season is nigh. And, as always, there are questions galore. Will the Warriors — led by the increasingly dynamic Splash Brothers — keep the Larry O’Brien trophy, or will it find a new home next summer? Can the retooled and revamped San Antonio Spurs add a sixth title to Tim Duncan’s already illustrious career, or will Lebron finally get his revenge against those dogged Spurs to ascend to his Cleveland throne? Will Kevin Durant reestablish his dominance as the NBA’s most deadly weapon, or is the age of “the Brow” upon us? The NBA season is set to be as competitive as ever and, courtesy of staff writers Christian May-Suzuki and Myles Andrews-Duve, we kick it off with predictions of the top eight seeds in the respective conferences come season’s end.

And the award goes to…