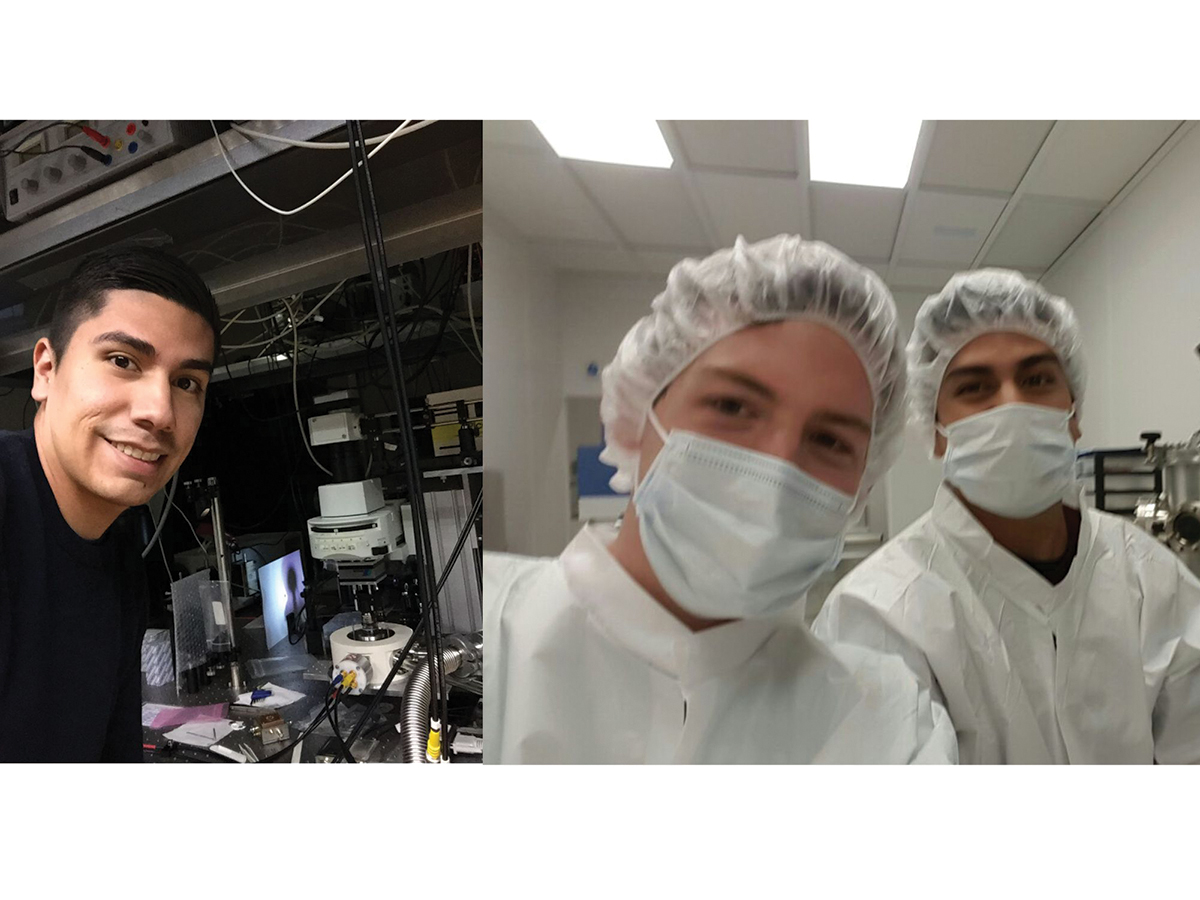 Chemistry Professor Ludwig Bartels and his team of graduate students and researchers have been working with the students at University of Ausburg, Germany to invent a film that would improve the quality of optical telecommunication in electronic devices. Optical telecommunication — or optical communication — is essentially the exchange that occurs when light utilizes fiber optics instead of electrical currents to transfer signals from one location to another.

Their concept was to combine lithium niobate LiNbO(3), a commonly used material on silicon technology (such as cell phones), with an overlay of molybdenum disulfide MoS(2). MoS(2) is a metal dichalcogenide, which is an atomically thin semiconductor that has been highly studied in recent years. MoS(2) can be applied thinly at a mere single atomic layer, which is ideal when dealing with surfaces such as cell phone screens.

After the discovery of the unique properties of MoS(2), scientists at the University of California, Riverside along with the University of Ausburg, have been prompted to run tests to explore whether MoS(2) can be applied as a film onto devices. Lithium Niobate, on its own, has proven to be weak in its optical activity and thus, Bartels’ lab found that the addition of MoS(2) increases the optical activity of the resultant hybrid material.

When creating this film, the scientists ran electrical impulses, creating “nanoquakes” through the substrate of LiNbO(3) to trigger electrical signals that would transfer into the thinly applied layer of MoS(2). By measuring the photoconductivity of the film, the researchers were able to evaluate the strength of this new method.

“The well-established nature of the substrates and the processes to create surface acoustic waves makes the novel technique facile and ready to be applied,” Bartels told UCR Today. “In particular, even remote, wireless sensing applications appear to be within reach.”

Due to its success, the research team has come to the conclusion that this material is very likely to be applicable and utilized in modern day technology. The development of the two-dimensional film combining lithium niobate with molybdenum disulfide was produced in UCR’s own laboratory. When testing its application onto electronics, it was performed at the Bavarian University of Augsburg where researchers from UCR have traveled to contribute in its progress.

The partnership of the two universities has made the research possible and created opportunities for the graduate students involved. Edwin Preciado, a UCR Graduate student working in Ludwig Bartels’ lab, went abroad to work at the University of Augsburg and believed that the possibility allowed him to acquire skills and foster his education in a way that he might have otherwise not been able to.

“The well-established nature of the substrates and the processes to create surface acoustic waves makes the novel technique facile and ready to be applied,” Bartels said.  “In particular, even remote, wireless sensing applications appear to be within reach.”