“A few years ago, we had a member that revolutionized the club and made it into what it is today,” Adele Chen, the director of communications, said. “He created our slogan: Business Begins with Confidence.”

True to their slogan, FBLA is a strong business club on campus that focuses not only on teaching basic technicalities such as resume building and interview skills, but also on building their members’ interpersonal skills. FBLA’s main concern is creating an environment where members can gain confidence in their abilities to achieve their goals as students, workers or future leaders.

“What sets FBLA apart from other business clubs is that we’re not just building business people, we’re building leaders,” Krystal Lin, the vice president of membership added. “We want to give our members a chance to step up to the plate.”

And their efforts seemed to have paid off, considering that they placed first in “Case Studies” and second in “Chapter Olympics” at the National Leadership Conference, which invites chapters to participate in competitions and attend workshops held by successful business leaders.

“Each chapter has to come up with and implement strategies to remedy the proposed problem,” Chen explained, smiling as she recalled past memories of the conference. Ivan Herrera, the president last year, snuck out in the middle of the night and gave all the team members candy to survive the night as they worked on case studies.

Inspired by Herrera’s leadership, Chen emphasized that one of her biggest motivations was to know that officers cared about the team members and were all willing to lend a helping hand — even if it meant sleeping at the foot of their bed as they worked on the competition. Coincidentally, Herrera called Chen during the interview, and when I saw how brightly Chen’s expression got at the sound of his voice, it was then that I knew this club was built on a lot more than business skills and workshops.

Lin also expressed her personal connections with FBLA’s mentor and mentee program, sincerely stating, “PBL has given me an opportunity to influence a person’s life positively. Having someone say ‘Thank you for talking to me’ has changed my perspective and left me feeling so gratified and empowered.”

As for the future of the club, FBLA is eager to expand past the scope of their general meetings and reach out to the UCR community on a larger scale. Although they couldn’t tell me details of future events (“We want it to be a surprise!”), they encourage the members to do more charity work for “March of Dimes” and local homeless shelters. Just as other officers and members started to file into the room, I asked the pair if there’s anything they would like to say to students in the business field and their answers reflected what FBLA is trying to instill in their members.

“You have to fail a couple of times to get anywhere. It’s so easy in college to get side tracked, so surrounding yourself with people who are driven can help you out a lot,” Lin commented. Chen quickly added, “You have to take the first step. A lot of people are scared of taking that first step, because they’re afraid of failure. But a recruiter came to our meeting and gave us some really good advice.”

“Fail and fail fast,” Chen answered. “That’s how you get anywhere in life.” 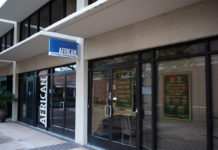 Money Maker Monday: a talk on disseminating economic power to the black community 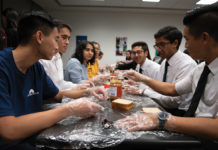