Highlander
Home News The fault in our activism: What the Facebook filter won’t do 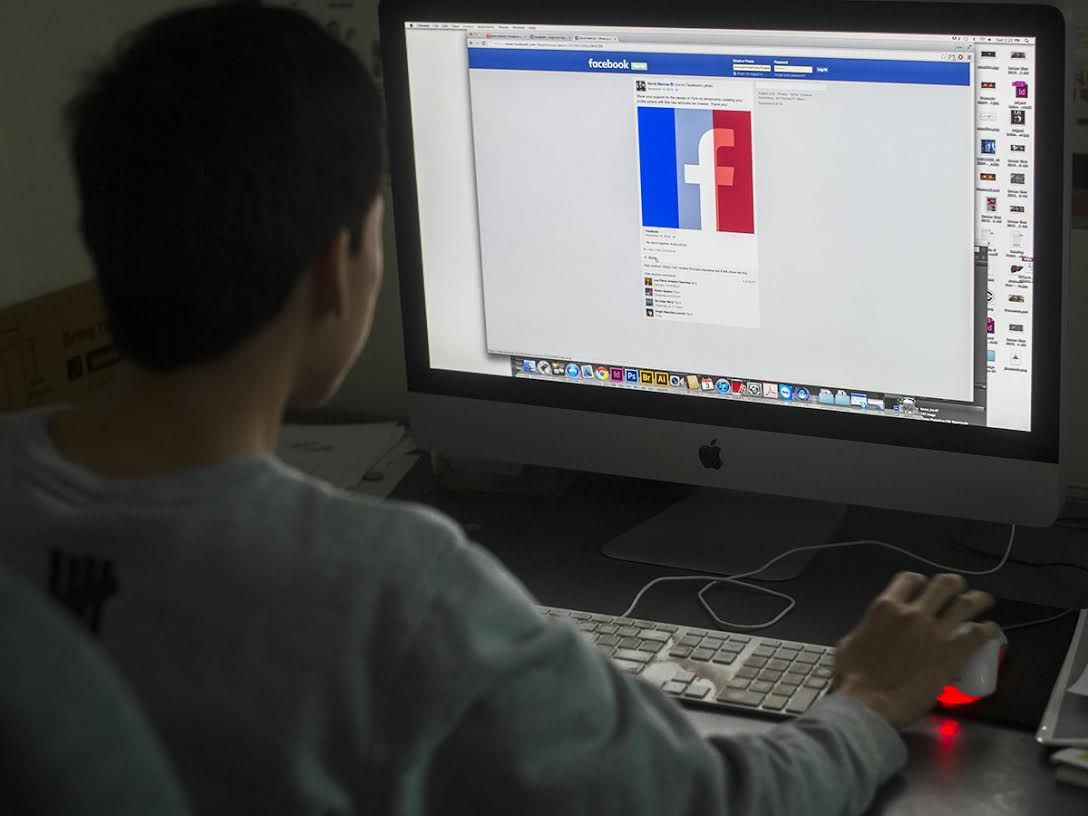 In many respects, social media has provided an incredible gateway for the mass publicization of global issues. As a result, people have resorted from tweeting and participating in social media campaigns such as the 2014 #BringBackOurGirls campaign in response to the Boko Haram kidnapping of over 200 schoolgirls. However, such social media activism — also known as “slacktivism” — can be viewed as ineffective in light of the tangible impact that we are all capable of making.

On November 14, 2015, the world fell silent when Paris was attacked and over one hundred innocent people were killed. As a result, Facebook created an option where their users could choose to add a French flag filter in their profile picture, demonstrating solidarity and support for the country. While it’s great to see a company stand for something more than profit, it’s important to realize where the campaign falls short and what our role is with the international conflict.

The filter is meant to show solidarity. It does not, however, wipe the tears from the families who lost their son, daughter, wife, husband, father or mother. It does not bring back the people who undeservingly died nor does it rid us of the international security discussions that we desperately need to have, such as prevention efforts, local response tactics and international accountability. When the attacks became publicized, it sent a wave of shock to people, and while geographical barriers may be prohibiting, we can still show our concern for the nation. There’s something beautiful about the way the filter was created — as its transparency of the flag’s colors demonstrates that no matter where we are located or what identities we choose to take, we are standing with one another, despite all the things that can be used to tear us apart. Scrolling through a Facebook feed to see acquaintances, close friends, relatives and peers with the same profile picture creates a sense of unity that is needed in times of global disaster.

With that said, the filter is not inclusive. As much as I love that Facebook took a stance, it’s important to recognize the thousands of other attacks that occur in non-westernized countries daily, and are given little to no media attention. According to a 2012 article from CNN, more than 8,500 terrorist attacks throughout places like Africa, Asia and the Middle East killed nearly 15,000 people. While we remember the names of people affected in our own country, the people killed around the world for the same reason are often forgotten. They aren’t given their own headline to make international news, but are seen as a mere statistic or piece of data.

Just because a westernized country is attacked, does not mean that it is the only country that faces threats of terrorism. It’s on us to become aware and to put pressure on our media to provide more inclusive and frequent coverage of these events, so that we can stand for the other countries as well.

Activism does not end with changing your profile picture. We are fantastic human beings with the enormous potential to make a difference, but oftentimes we settle for only changing our profile picture or wearing a certain color for an awareness day. Not to say that these campaigns are ineffective, because they do bring a lot of awareness to often ignored subjects, but it’s vital to recognize that we were made to do so much more than passive activism.

Volunteer your time. Take a few dollars out of your paycheck to contribute to causes greater than yourself. Go outside your comfort zone. Lead. Create. Innovate. Don’t settle for “slacktivism,” but choose to be at the forefront of issues that you care about.

Changing your Facebook filter won’t change the world — you will. Although we often forget the power that we all have, you are capable of doing more than retweeting a photo or using a new filter. While it’s refreshing to scroll down a screen to see the flurry of support for the Parisian victims and families, our work doesn’t end here. You are capable of doing more than what you give yourself credit for, and you can make the difference toward causes greater than yourself.