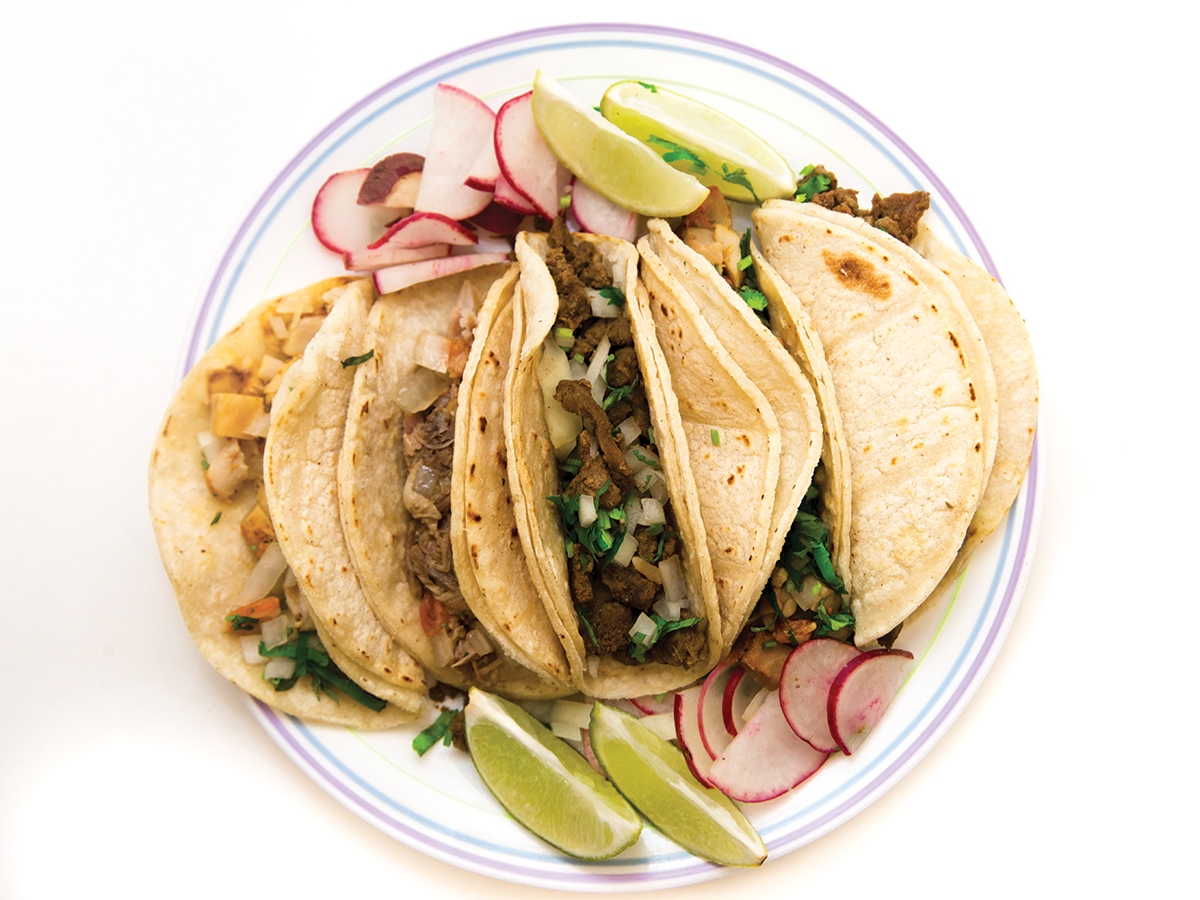 El Fogon has the best tacos around UC Riversde. This may seem like a bold statement, however, this isn’t a simple restaurant review. To come to this conclusion, we chose four Mexican restaurants near UCR and held a blind taste-test with eight UCR students. Two members of ASUCR (Ashley Harano and Nick Carillo), two members of ASPB (Ayanna Ziegler and Katrina Luu), two Highlander staff (Aaron Grech and Kevin Cantero) and two random students (Jonathan Colquitt and Julio Banboza) were our judges. The restaurants? El Fogon, Los Jilbertos, Castanedas (formerly Santanas) and Burritos & Co. (formerly Taco Station #2) and our judges ate and rated them based on quality, freshness and flavor. To keep things fair, they ate them in a random order and didn’t know which tacos came from where. These are our results.

In planning, we decided to avoid fast-food chains or large corporations, barring Taco Bell, Del Taco and others from competition. Secondly, we only chose places local to UCR. Sorry, Loco Burrito, you may be “fire” but you’re all the way in Moreno Valley.

In teams of two, our judges ate half of a carne asada taco from each place and graded it based on their subjective interpretations on a one to five scale. Cameron Yong, our video editor captured the taste-off on video, which we posted on our YouTube channel, Highlander TV. I also assigned a normalized score based on the distance from campus, highest score for the closest restaurant. I also weighed each taco and compared the mass to the total cost, finding the best value of grams of food per dollar. As for the scores, the average was taken from each team, and the four averages from each category were added up.

While Castanedas won in both distance (being only 0.7 miles from school) and in value (boasting an impressive value of 56.6 grams of taco per dollar) it fell short in all of the taste categories, deriving either apathy or hatred from our judges. Many criticized it for being mostly tortilla, while some were turned off by its large size. Burritos & Co. was close behind, scoring average in both taste and value, and coming last in distance from school. It placed last, less than two points behind Castanedas.

The battle for first was close, but in the end El Fogon’s score of 46.5 beat out Los Jilberto’s 44.25. While both scored high in the taste category, in the end El Fogon’s perfect scores in the taste category and second-place finish in both the distance and value categories, clinching the victory. For reference, Los Jilbertos came in third in distance and last in value, providing only a measly 29 grams of taco per dollar.

Though competition was fierce, there can be only one “best taco.”

What do you think? Let us know in the comments or on Twitter @UCRHighlander. Be on the lookout for more upcoming taste tests, and send an email to features@highlandernews.org if you would like to participate as a judge.