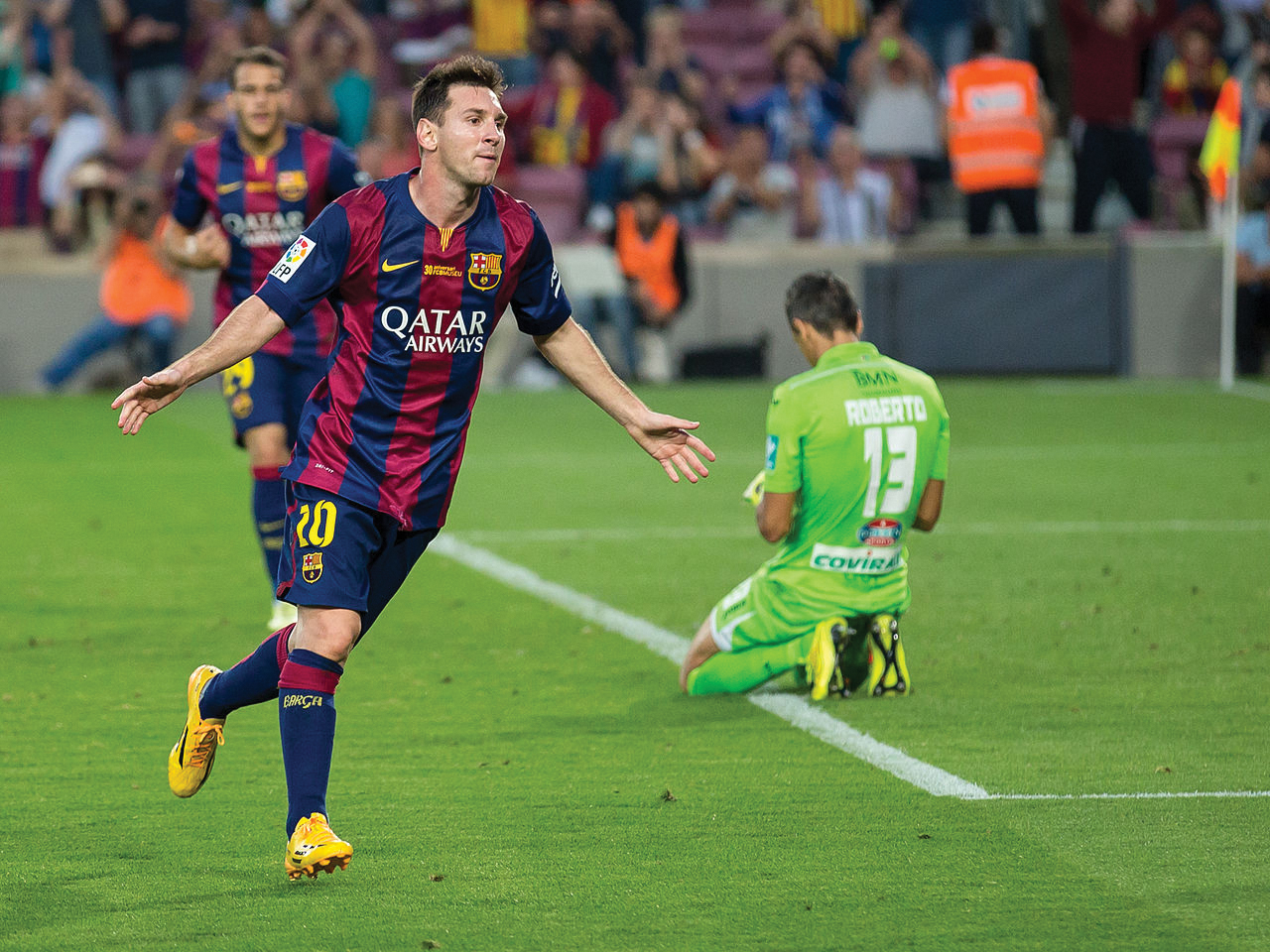 Lionel Messi is the greatest player of all time. Argue about it all you want, but facts are facts. Being considered the greatest of all time takes a little more than just talent. In the world of soccer, especially at this time, impressive statistics don’t do much to make you stand out — let alone be considered the the best soccer player of all time. Though if we are talking purely statistics then, in most categories, Messi is outperforming every player, with Cristiano Ronaldo close behind.

At this point, the old argument of Ronaldo versus Messi is pretty much over. Messi has outperformed him in multiple categories — overall scoring production, shooting efficiency and assists per game, to name a few. People will still argue that Ronaldo has scored more goals with a total set at 518 while Messi sits at 479, and you could make a case and say that Ronaldo sits on top in that regard. However, Messi still has a higher goal-to-game ratio, with a record of .79 while Ronaldo is at .67.

While goals are great, though, achievements are better, and this 5-foot-7 Argentinian player has a list of them that is unreal. Listing every accomplishment here would be a taxing effort, but there are some notable ones. The most recent and one of the most prestigious would be winning his fifth career Ballon d’Or, putting him in the books for most wins in the history of soccer. He’s also broken some records that previously were held by legends such as Alfredo Di Stefano, Michel Platini and Cesar Rodriguez. This includes (and is not limited to): All-time top scorer for El Clasico, most goals in one season, most Golden Ball awards, all-time top scorer for FC Barcelona, all-time top scorer in Champions League, etc, etc. The list will only continue to grow as this juggernaut of a player continues to perform at the height of his career.

The only formidable argument against Messi as the greatest of all time would be to give that title to Pele. It’s a respectable response that can be backed up by many statistics as well: Pele’s mind-bending 757 career goals is good for the all-time record and his seven league titles and two continental championships speak for themselves. Yet, there is more to it than that.

The fact of the matter is that Pele was playing in the Brazilian league for most of his career, though this was no fault of his own considering that the Brazilian government blocked deals from major clubs and declared Pele as a national treasure to preserve one of the greatest players of all time. It’s hard to blame them, but at the same time, it is still a question how Pele would have stacked up had he played against more talented competition throughout his career. The Brazilian league is known for having skilled players but the top level has been and still is, in the Spanish leagues. And especially today where you have unbelieveable players such as Ronaldo, Zinedine Zidane, Carles Puyol, Ronaldinho, etc. playing, the competition is as ridiculous as ever. Any one of those players could be mentioned in the conversation of greatest player of all time and yet Messi still proves triumphant.

When it comes to Pele, however, there just isn’t enough data from his time to directly compare the two head-to-head. Taking everything into consideration, it’s fair to say that at the level Messi has had to play at compared to Pele is more difficult. Cross-era comparisons are risky and it is hard to say as to whether these historical figures would stand well in a modern game against such players.

The debate will continue as long as Messi plays, and there won’t be a definitive answer until Messi’s career is over. Despite this, all soccer fans can agree, at the very least, that this is truly a golden era of soccer as we are living in a time of the greatest players in the history of the sport.