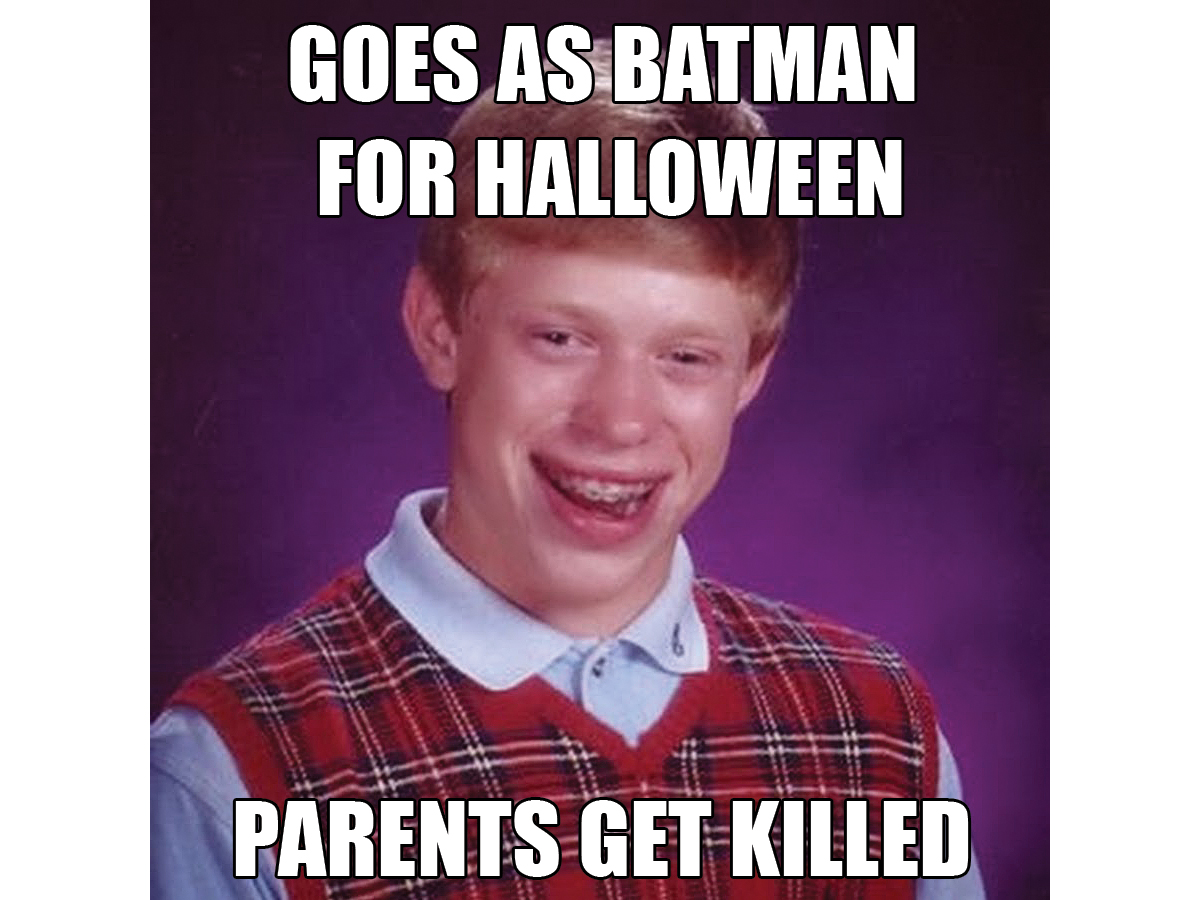 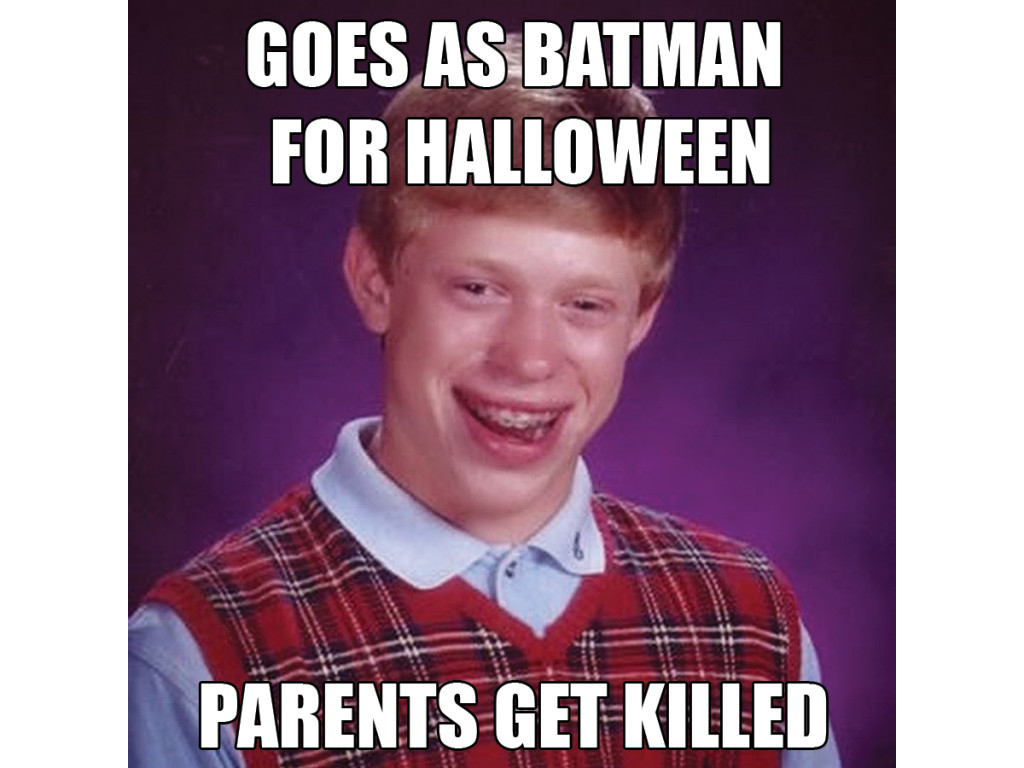 Schadenfreude — noun: a feeling of enjoyment that comes from seeing or hearing about the troubles of other people.

While not exactly the kindest of character traits, this is the basis for the humor of Bad Luck Brian (BLB). Ranging from social faux pas to ridiculous levels of tragedy, there is a certain kind of perverse joy we all feel from seeing someone fare worse than ourselves — which makes BLB the dankest meme.

Let’s take a step back: Based on a middle school photo uploaded to Reddit in 2012, BLB spread across the Internet at an amazing pace. While the variations of this meme people created eventually became self-referential and awful (just like everything good on the Internet) it started off as humor distilled from dramatic irony: there’s an expectation, then something changes it. While there is some nuance in the humor of subverting expectations, the basis of the joke at the center of most BLB images is simple and succinct. Sure, it isn’t as high-brow as anything you’d see in the New Yorker, but simple jokes can strike a common nerve among all walks of life.

Also, just look at his face. What a putz.

While it is based on the “advice dog” style of memes that came before it, BLB has the distinction of not being subverted by casual Internet racism or misogyny (e.g., Successful Black Man, Typical Asian Parent, Ignorant Feminist). The anonymity of the Internet allows a lot of people to make jokes at another’s expense and engage in light racism that would be shunned in common parlance. In a way, these other memes can let some deep-seated prejudices come to light. Funny or not, these other memes have likely hurt other people.

While some may argue that BLB is more acceptable because it makes fun of white people, understand that, in contrast to the wildly popular “Successful Black Man” meme, BLB’s hardships and the humor derived from it isn’t based on the color of his skin or his gender. You could put a picture of Steve Urkel or some other poindexter with a goofy grin and achieve the same effect.

The other word that I feel encapsulates the wonder of BLB on a more “meta” level is solidarity.  There are lots of you reading this who may have had feelings of social anxiety, loneliness or have simply been in a terribly awkward “omg I wanna die” situation. I’d say that everyone is affected by at least one of those things on a daily basis (I myself have been subject to all three, multiple times). It’s the magic of memes that, while it seems that they are merely created by the Internet, every variation of their text was at some point created by someone behind their computer before it was uploaded for millions to see.

Even though there is mass meme production on the Internet, there’s a humanistic quality to them, knowing that somewhere a person went through conscious effort to make one. And while some weren’t based on any real-life scenario, I’d say a majority have some basis in a real-life event with some hyperbole mixed in for added effect. In a way, BLB is a quick, humorous reminder that assures us that we’re not alone in our struggles and major embarrassments; plenty of people struggle with the same exact things day-to-day. It’s this mix of anonymous self-deprecation and camaraderie through misfortune that is the mass appeal of BLB. It’s kind of beautiful, in a way.

So Bad Luck Brian may not be a tool for social justice or the advancement of humankind, but it doesn’t have to be. Humor is a tool for good; it can bring people together and make us feel better during bad times, without low-key racism or sexism that is endemic to several other memes that populate the Internet. It’s good for a laugh or a reminder that everyone is just as insecure or awkward as you are.