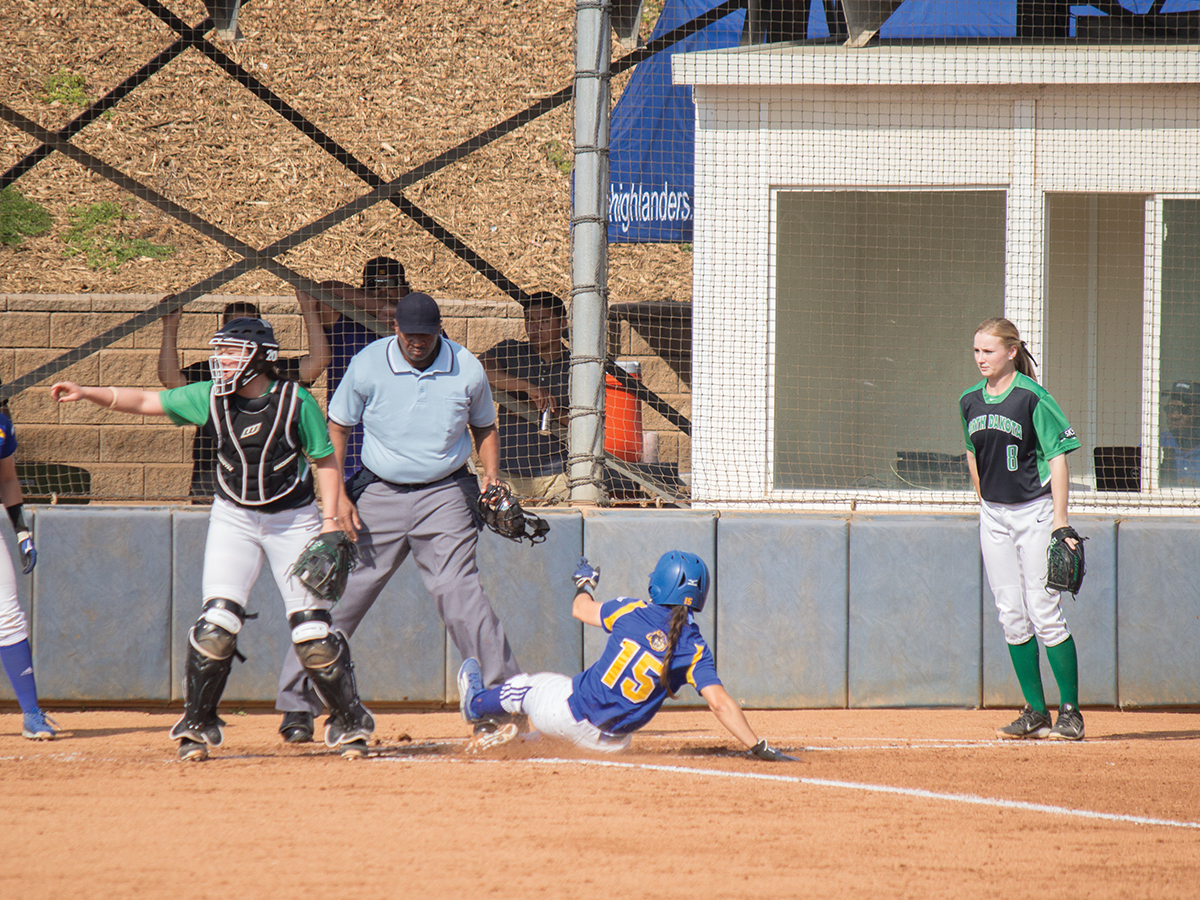 UCR softball’s annual Amy S. Harrison Classic returned this past weekend as the Highlanders hosted the nine-game event. The team hosted the event after returning from a 3-2 finish at the Fresno State Kick-Off.

UCR stepped up for the third game of the day on Fri., Feb. 26 against the North Dakota Fighting Hawks and dominated for most of the game. Riverside took the win 7-5 over North Dakota as Natalie Sanchez and Chelsey Holley hammered the opposition with back-to-back home runs in the third inning. This was a great game for Sanchez as she achieved her second home run of the season while also accruing the highest runs batted in the game at three RBIs. UCR’s Madeline Richards drew a walk and stole her second base of the game in the same inning. The team performed with great consistency defensively before giving up their first run in the fifth inning.

However, the game took an unexpected turn in the seventh as North Dakota rallied a comeback with UND’s Kaylin VanDomelen sending a double out into right field, allowing Nicole Babrowski and Autumn Cervantez to return to home base in one fell swoop. The Hawks went on to score another three runs, ending it at 7-5 in favor of UCR.

Opening up the tournament on Saturday, UCR went in confident off their win from the previous day while their opponent, St. Peter’s, was recovering from their 10-2 loss against San Diego. The Highlanders achieved a landslide victory of 11-1 against the Peacocks with the match ending on a mercy rule, as Haley Harris connected on her first home run of the season — a grand slam, no less — to put any hopes St. Peter’s had of coming back to rest. UCR’s impressive 11 runs were all acquired in the third inning, with eight out of the nine batters adding at least one run to their name.

Almost every player on the team performed exceptionally with Harris achieving the game high in RBI at four while Stephanie Tickemyer was close behind with three. The team once against put up solid numbers in almost every category with 25 at bats, 11 hits and 11 RBIs. It’s also worth noting that UCR pitcher Tayler Misfeldt pitched three innings of one run one hit ball to earn her seventh win of the 2016 season.

Later in the day, the team returned to face UND once again, with North Dakota looking for revenge; however revenge would not be achieved as the team fell once again at 4-2 against Riverside. This put the Highlanders at a three-game winning streak in the tournament. Despite being a low-scoring game, the team definitely shone with multiple players performing well throughout the match. Richard Madeline was the most impressive and versatile, with one run, two hits, one RBI and two at-bats. Harris and Sanchez once again stood out as well with Harris securing a run for the team while Sanchez had two RBIs to her name.

This season is shaping up to be even better than the previous one for the Highlanders, and considering last season was the best ever in the history of the program, that means another historic campaign could be in store. With an exceptionally well-rounded team and consistent performance, it’s possible for UCR to take it all the way in the Big West tournament this year as they have returned more cohesive than ever.

Riverside currently sits at 10-6 with a .625 winning percentage and it would be no surprise to see them outperform their last record of 39-17 by the end of the season if they continue to perform at this caliber. The season continues this Friday, March 4 when the team will host the Highlanders Classic at Amy S. Harrison field.